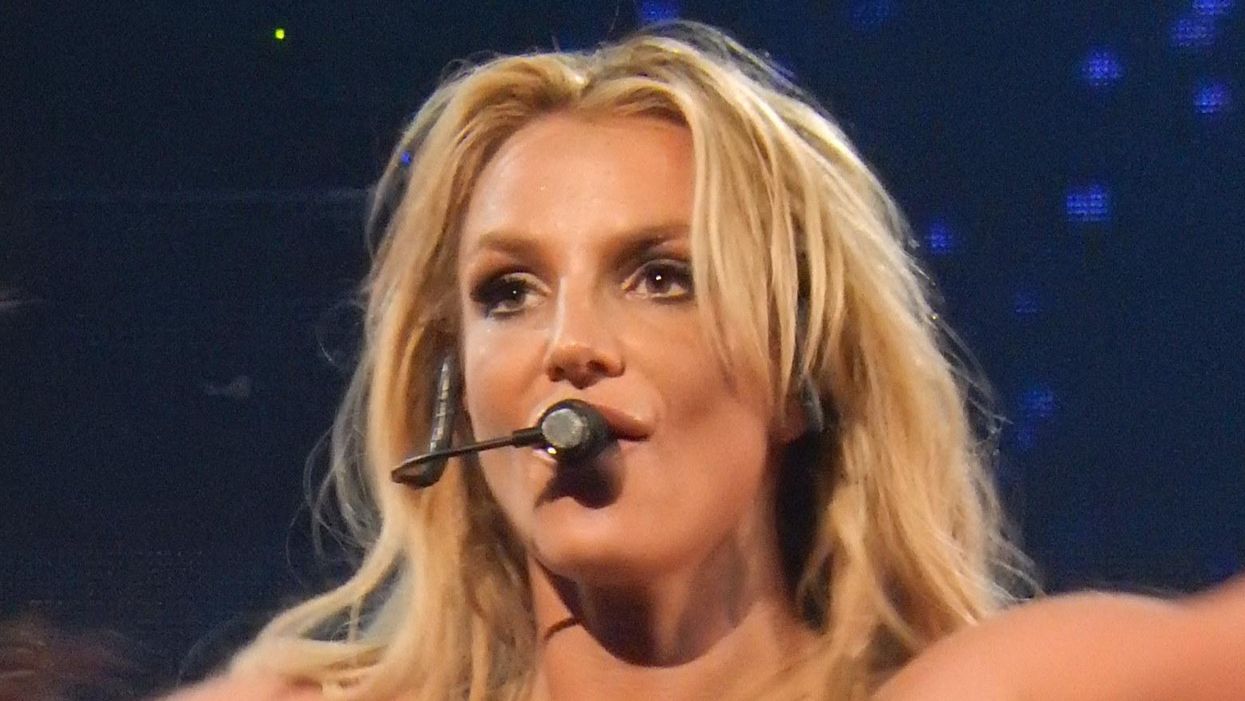 Britney Spears has been under a conservatorship for 13 years. After her 2008 mental health crisis, Spears' father, Jamie Spears, was put in control of her persona and financial arrangements, though last year a co-conservator has been placed in control of the financial matters along with her father. While Spears seems to have pushed privately for the conservatorship end, or at least for her father to be removed from control, since 2014, Spears made a public statement yesterday for the first time. There can be no question that Spears wants out of her conservatorship after saying, "I truly believe this conservatorship is abusive. I don't feel like I can live a full life."

Perhaps the most chilling part of the pop singer's court statement was that she has an IUD her conservator won't let her remove. While not permanent birth control, the IUD has the effect of forced sterilization. As Britney Spears is under conservatorship based on claims about her mental health, her story joins the long history in the United States of prejudice, eugenics and forced sterilization of those with disabilities.

The first eugenics compulsory sterilization law in the United States was passed in 1907 in Indiana. However, the legal justification wasn't clearly upheld until the 1927 Supreme Court case Buck v. Bell in which Oliver Wendell Holmes famously said "Three generations of imbeciles are enough." The case was a purposeful legal challenge of the Virginia 1924 law authorizing compulsory sterilization of the "intellectually disabled."

The superintendent of the Virginia State Colony for Epileptics and Feeble-minded, Albert Sidney Priddy, filed a petition to sterilize 18-year-old Carrie Buck, claiming Buck was a "genetic threat" to society and had a mental age of 9. According to Priddy, Buck's mother had a mental age of 8 and couldn't care for her five children. Buck's adoptive family had her committed to the colony after she became pregnant. They suggested she was feeble-minded and immoral. In 1927, in an 8-1 decision, the Supreme Court upheld the Virginia sterilization law and sustained the petition to sterilize Buck under the justification that she was immoral and feeble-minded.

No matter the facts of the case, no person should be forced to be sterilized. However, the truth of Buck's life makes this decision even more enraging. Rather than becoming pregnant as a result of her own "immorality," Buck actually became pregnant after being raped by the nephew of her adoptive family. They likely had her committed so they wouldn't have to deal with the reality of the situation and there is little evidence of any intellectual deficit. Carrie Buck was committed and sterilized all as a result of being poor and raped. Her lawyer, Irving Whitehead, barely put on a case. He called no witnesses to counter the supposed medical experts and never introduced evidence that she had been raped. In fact, Whitehead was on the board of the Virginia Colony and as a strong supporter of the sterilization law. Carrie Buck was reported to be an avid reader until her death and her daughter, Vivian, was on her school's honor roll.

Compulsory sterilization lessened by the 1960s and most laws were repealed in the 1970s, but it took feminist campaigns and lawsuits to accomplish the progress. A 1974 case, Relf v. Weinberger, exposed widespread coercive sterilization of women by threatening to expose welfare benefits. The judge in the case ultimately ruled that federal funds could not be used for involuntary sterilizations. Alternatively, in 1978 in Madrigal v. Quilligan, a District Court in California ruled that doctors who coercively sterilized Hispanic women who did not speak English had the best interests of their patients in mind. The judge in the case blamed the women for not ensuring they were informed before signing medical forms and their culture for their trauma. Despite the ruling, the case did result in improvements to informed consent in California.

Unfortunately, forced sterilizations continue to this day. Unwanted sterilizations were being performed on women in California prisons until 2010. Additionally, many states continue programs that encourage unwanted sterilizations. These laws often offered an early release from prison or a reduced sentence if a person agreed to get sterilized. While not technically compulsory, these laws are certainly coercive. Just last year a complaint was filed alleging sterilization procedures were being performed on women in ICE custody without their knowledge or consent. Temporary sterilizations, like Britney Spears', are also often used in abusive ways. In Killing the Black Body, Dorothy Roberts discussed the abuse possibilities with contraceptive implants like Norplant and the narratives around pregnancy for Black and impoverished women to manipulate them into using such semi-permanent forms of birth control.

Ultimately reproductive control, whether to have children or not have children, is a central tenet of reproductive justice. Robin Marty and Laurie Bertram Roberts emphasized the use of IUDs as a form of reproductive coercion in their email from Yellowhammer Fund today in support of Britney Spears, but they also noted the importance of their availability for those who do want one.

Unfortunately, many in the disability community still face steep obstacles to accessing reproductive control over their own bodies. On the one hand, laws support restricting the reproductive control of disabled people, while on the other possible disabilities like Down syndrome are used to justify pre-viability abortion bans. Many think forced sterilizations are a thing of the past, but in truth, Buck v. Bell has never been overturned.

If we want true reproductive justice, it must include not only the choice to not have children, but also the agency to have as many children as we want. This fight must center the disability rights movement to ensure that the law respects the agency of all of us and can't use a mental illness as justification to seize our rights.

"There can be no discussion about Britney Spears' fight to end her conservatorship that does not center … disability justice and reproductive justice. Her right to bodily autonomy was attacked because of her mental illness and the need for support should not result in a surrender of rights." —Disability activist Rebecca Cokley

Related Articles Around the Web