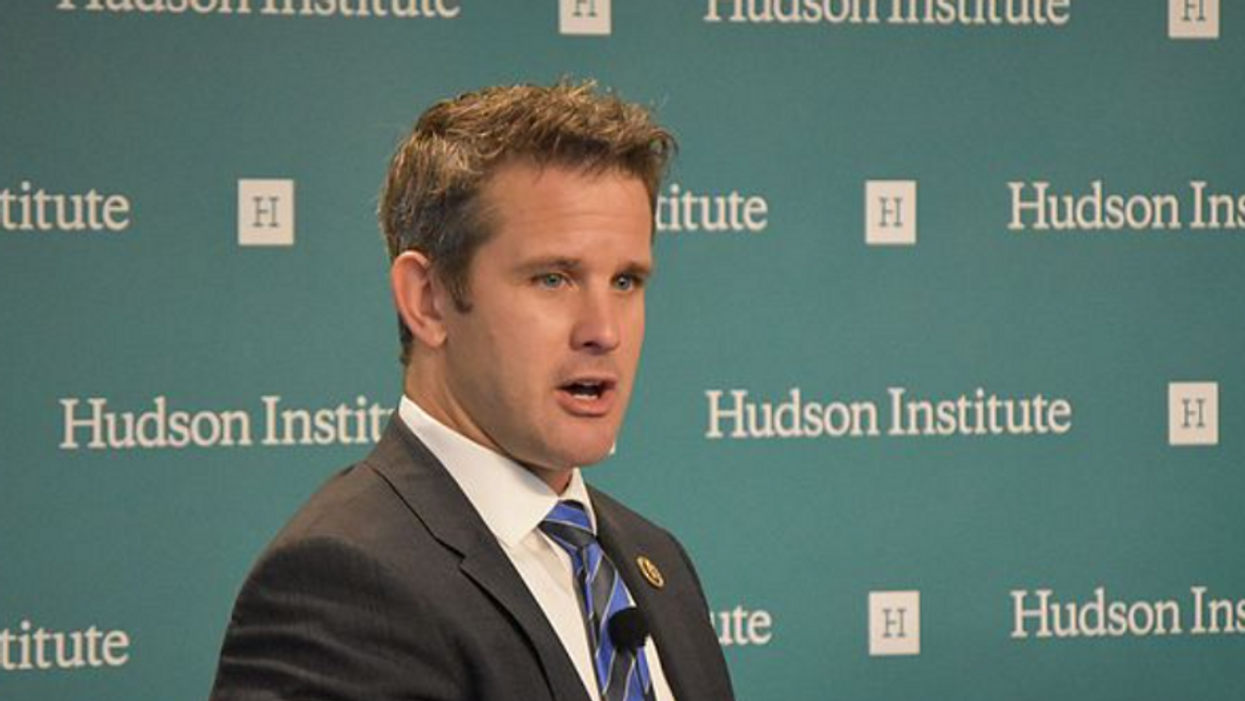 Offering coverage on Pence's speech, Forbes reporter Andrew Solender noted how Pence appeared to cast Trump as "a historical analog to Reagan: 'Now, as then, there is no going back.'"

"President Donald Trump is also one of a kind," Pence said, adding, "He too disrupted the status quo, he challenged the establishment... and now, as then, there is no going back."

He later said, "Under President Trump's leadership we were able to achieve things Republicans have been talking about since the days of Barry Goldwater. It's true."

In response to Pence's remarks, Kinzinger took to Twitter to point out how the two former presidents are very different. He also did not hold back when it came to expressing his disdain for the former president. According to Kinzinger, Trump is the "weakest man" he ever met.

"Reagan inspired. Trump destroyed," Kinzinger tweeted. "No comparison. I am still amazed at these people that are so deferential to the weakest man I ever met."

Like Kinzinger, other Twitter users also chimed in with blistering remarks. One user tweeted, "This is pathological. It's like some mass delusion aided my compromised, fearful power seekers."

@AndrewSolender This is pathological. It's like some mass delusion aided my compromised, fearful power seekers.
— youngallison63 (@youngallison63) 1624586648.0

Another person also noted how Trump's base is not fond of the former vice president despite his sucking up. That person tweeted, "I don't think Pence has gotten the message that the Trump base really doesn't like him. You can see in this clip that at points he was waiting for applause, but it just wasn't coming unless he mentioned Trump."