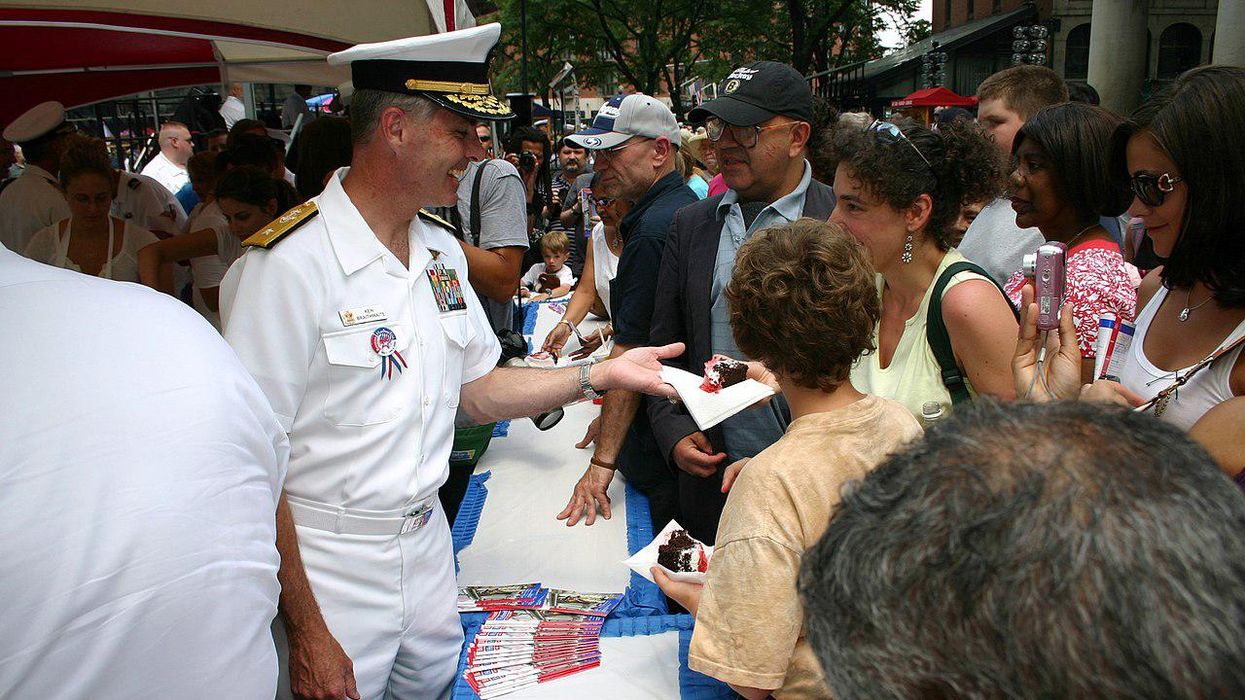 Three months into Joe Biden's presidency, many Republicans are complaining that his ambitious economic recovery program will greatly increase the United States' federal deficit — which is not something they were worried about when former President Donald Trump was in the White House. Trump and his allies did a lot to run up the federal deficit, and according to reporting by USA Today, former U.S. Navy Secretary Kenneth Braithwaite spent "about $2.4 million in air travel" during his time in that position.

Braithwaite started as U.S. Navy secretary on May 29, 2020 and remained in that position until January 21, 2021, which was Biden's first full day in office as president; Biden, along with Vice President Kamala Harris, was inaugurated on January 20, when Trump vacated the White House and headed to Mar-a-Lago to live.

According to USA Today reporters Tom Vanden Brook, Janet Loehrke and Ramon Padilla, "Braithwaite spent $232,000 the week before President Joe Biden's inauguration to fly to Wake Island, a tiny Pacific atoll, where, according to Navy spokesman Capt. Jereal Dorsey, no sailors or Marines are stationed. The executive director of the government watchdog Project on Government Oversight called the trip 'an expensive abuse of power.'"

The reporters note that during his months as Navy secretary, Braithwaite "embarked on 22 trips to foreign and domestic destinations — more than any other senior Pentagon civilian — even as the COVID-19 pandemic trimmed the wings of other senior officials, according to two Defense Department officials."

Danielle Brian, executive director of the Project on Government Oversight, said of Braithwaite's visit to Wake Island, "Given that Wake Island has no strategic significance, it looks like this trip was an expensive abuse of his power."