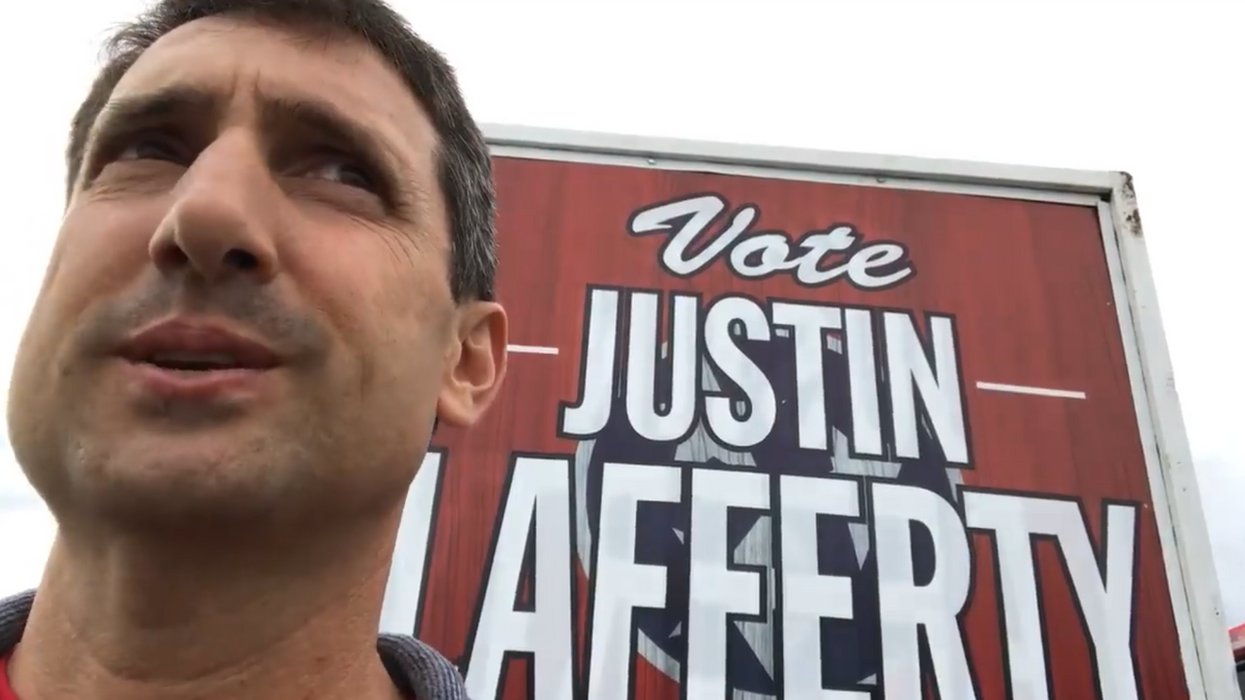 A Tennessee Republican lawmaker attempted to justify the Three-Fifths Compromise by falsely declaring that its purpose was to usher in the ending of slavery.

According to the Associated Press, Rep. Justin Lafferty (R-Knoxville, Tenn.) on Tuesday, May 4 participated in a debate about his state's education curriculum as lawmakers tried to reach common ground on whether or not teachers should be allowed to teach students about the depths of systemic racism in the United States.

During that debate, Lafferty defended the controversial 18th-century policy that identified an enslaved person as three-fifths of a human being. The publication notes that the now-defunct policy, which was written into law as part of the Constitutional Convention in 1787, "classified that three-fifths of a state's slave population could be counted toward its total population when apportioning taxes and states' representation in Congress."

While historians have noted that the fractional difference gave slaveholding states more control over deciding presidential elections and key Continental Congress decisions, Lafferty attempted to argue his point by claiming the diminished value of enslaved human beings was for "the purpose of ending slavery."

"By limiting the number of population in the count, they specifically limited the number of representatives who would be available in the slaveholding states and they did it for the purpose of ending slavery," said Lafferty. "Well before Abraham Lincoln. Well before Civil War."

To make matters worse, no other Republican lawmakers challenged Lafferty's false claims during the debate and some of his colleagues even applauded him for his baseless argument. However, Tennessee state's Democratic lawmakers quickly fired back to express their concern.

Rep. Sam McKenzie (D-Knoxville, Tenn.) appeared on CNN's "New Day" where he discussed his issue with Lafferty's remarks. CNN host John Berman asked McKenzie how he felt hearing Lafferty's claims since he was in the room when the remarks were made. McKenzie admitted that he found it "eerie and sad."

"It was eerie and sad as we're from the same county," McKenzie said. "There's nothing right about his conclusions. To hear the applause spoke to the lack of knowledge of the people who are elected to write laws for our state, and this was just a bad bill."

He added, "It's unfortunate that it passed and it received those types of comments and applause. I feel like this is speaking to some larger issue in Tennessee and around the country now, which is to somehow suggest that, you know, parts of slavery, not so bad... Why are we going out of our way to teach these bad things about slavery?"

No, the 3/5ths compromise was not good. www.youtube.com

He said, "Rep. Lafferty's statement about how the Three-Fifths Compromise was created to end slavery was alarming but the real insult was when the House Republicans clapped for him when he finished his diatribe."