How the right wing uses language as a weapon 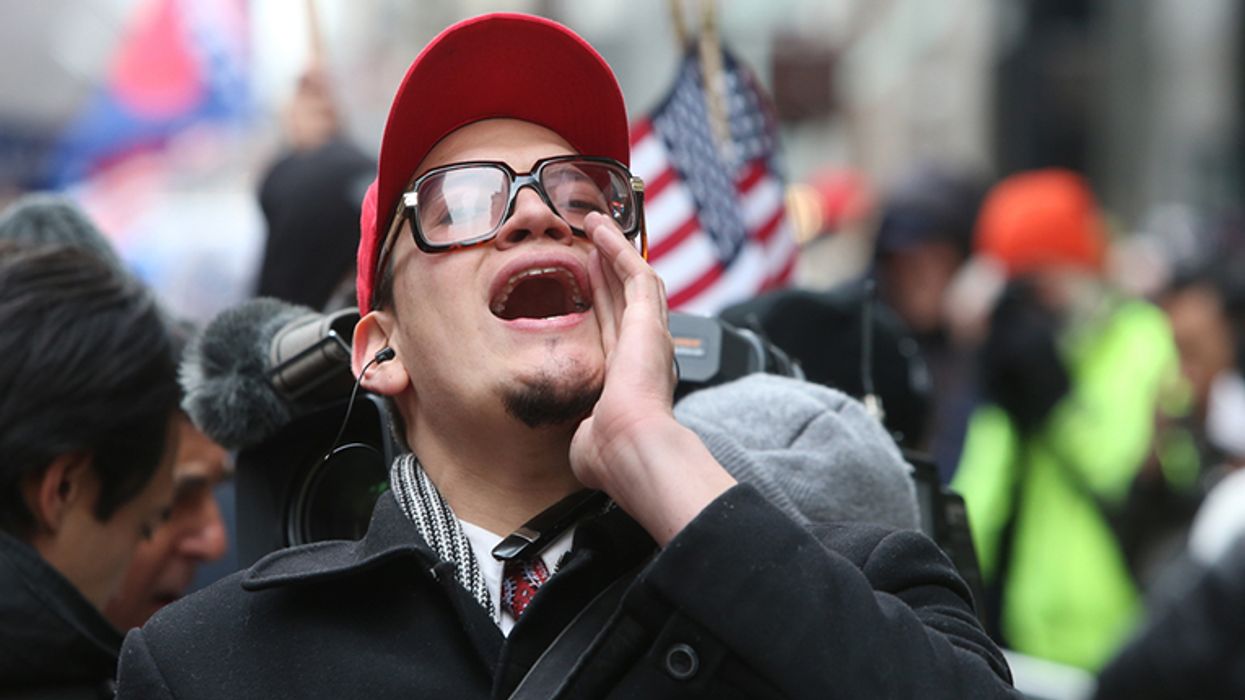 Right-wing operatives have recently mounted a campaign against the idea and practice of "wokeness." The word has the pretense of a neutral reference, but is increasingly used to debase and belittle the underlying meaning of anti-racism and anti-bigotry. Similar rhetorical tactics have a long history in conservatism, as they allow the GOP to obscure policy objectives, while simultaneously evoking negative and positive emotions. Overall, the GOP benefits from imprecise language soaked with connotation. Unfortunately, journalists and some liberals keep falling for it.

In the case of "woke" and "wokeness," conservatives are undermining a positive idea with derisive figurative language. Consider a converse example, in which the Republicans advanced an ugly principle through positive framing: waterboarding. It was described as "enhanced interrogation" by conservatives, and that was repeated by the press corps. However, if you actually describe what's involved in waterboarding—making a person temporarily experience drowning—Americans respond with repulsion. Conservatives knew this, so they chose to be evasive. "Enhanced interrogation" is more palatable than both "torture" and "simulated drowning."

Language can be exploited to great political effect. Words convey meaning two ways. By denotations, the actual real-world reference of a given word or phrase. And by connotations, the feelings they evoke. The GOP systematically uses language that obscures denotation and advances connotation. The case of "wokeness" is not so different from "enhanced interrogation," but, in this case, the underlying denotation—awareness of social injustice—is good whereas the connotations are unfortunately negative. As they did with "enhanced interrogation," conservatives are using figurative language to obscure deeper principles and create a fog of feeling, rather than reason.

The GOP's use of such language—figurative, imprecise, but laden with connotation—gained prominence in their backlash to the civil rights movement. After a certain point, it was of little benefit to conservatives to explicitly state they were opposed to equal rights for Black Americans, so they adopted fuzzy terms. This strategy was famously outlined by the late Lee Atwater, a chief architect of modern GOP rhetoric:

You start out in 1954 by saying, '[n-word], [n-word], [n-word].' By 1968 you can't say '[n-word]'—that hurts you, backfires. So you say stuff like, uh, forced busing, states' rights, and all that stuff, and you're getting so abstract. Now, you're talking about cutting taxes, and all these things you're talking about are totally economic things and a byproduct of them is, blacks get hurt worse than whites. … 'We want to cut this' is much more abstract than even the busing thing, uh, and a hell of a lot more abstract than "[n-word], [n-word]."

Here, Atwater specifically argued that, to advance racism, conservatives should embrace abstractions, given that racial slurs no longer confer electoral success. This tradition of linguistic manipulation continues to pervade our discourse. From "illegal alien" to "states' rights" to "politically correct" to now "woke," the Republicans have perfected the art of language devoid of concrete specifics, but charged with big feels.

That language has this power presents a challenge for journalists. Reporting should be informative and neutral. Yet with increasing frequency, the press corps uncritically adopts whatever linguistic frame has currency. The result, predictably, is neither informative nor neutral. What do Republicans actually mean when they criticize "wokeness?" It's unclear. Yet journalists repeat their rants without clarification.

Consider what "woke" actually denotes. The origin of the expression is unknown, but references to "staying woke" in African-American English can be traced back to Lead Belly's recording of "Scottsboro Boys," a song about young Black men who were falsely accused of rape. Recently, "woke" gained prominence during the 2014 Ferguson protests when it was used to signal awareness of anti-Black racism. "Woke" then proliferated online where its meaning broadened to describe anyone who was aware of systemic racism. Finally, the meaning shifted to encompass an awareness of bigotry in general. Now, lexicographers define "woke" as "aware of and actively attentive to important facts and issues (especially issues of racial and social justice)."

While the current use of "woke" arose from African-American English, "awake" as a metaphor for awareness has deep cross-cultural roots. Wakefulness as revelation is referenced throughout both Buddhism and Christianity as well as in the work of poets and playwrights. It is, in fact, the same metaphor underlying the "Age of Reason"—or the Enlightenment—such that Kant wrote, "Enlightenment is the release of man from a state of bondage. … Have the courage to use your own understanding!" "Wokeness" was present in American political movements long before BLM. Republicans—proud descendants of Abraham Lincoln—might be interested to learn that an early anti-slavery faction within their own party called themselves "The Wide Awakes."

So, what "wokeness" denotes is overwhelmingly positive: awareness of bigotry and concomitant opposition. Yet, recently, as conservatives have co-opted it, the term has become derisive. "Woke" people are unserious. You're allowed to roll your eyes at them, because they are sensitive and sanctimonious. In this sense, "woke" has unfortunately become a dysphemism. Whereas euphemisms soften underlying meaning (the dead "passed away," for instance, or the woman is "with child"), dysphemisms do the opposite (the dead "croaked', for instance, or the woman got "knocked up").

What's denoted by "woke" has been eclipsed by connotations. When we hear "woke" now, we do not think of its history as a metaphor for awareness. We certainly do not think of the Enlightenment. We think of pious scolds. And then, perhaps unwittingly, we transfer this pejorative connotation to the underlying principles of social justice.

We can't expect rhetorical honesty from the GOP, but we can ask more of the press corps that reports on conservatives' use of "woke." When reporters repeat the GOP's derision of "wokeness" without explaining the underlying denotation of the word, they are serving as a conduit of conservative propaganda. Such reporting is neither informative nor neutral. The meaning of what's said is, at best, obscure and imprecise. Failure to report the underlying meaning allows the negative connotations to prevail.

So, if an elected official claims "wokeness" is bad, journalists should ask them what they mean! Journalists could ask, for example: "Is anti-racism bad? What about anti-bigotry in general?" If they refuse to define what they intend when they deride "wokeness," journalists should do it for them by citing the dictionary definition.

We are in an existential battle. The forces of bigotry are strong, and, in many ways, our electoral system allows them to flourish. However, the evidence is clear: the actual principle of "wokeness"—the broad "awareness of social injustice"—is increasingly popular. We cannot let conservative rhetorical manipulations muddy this fact.