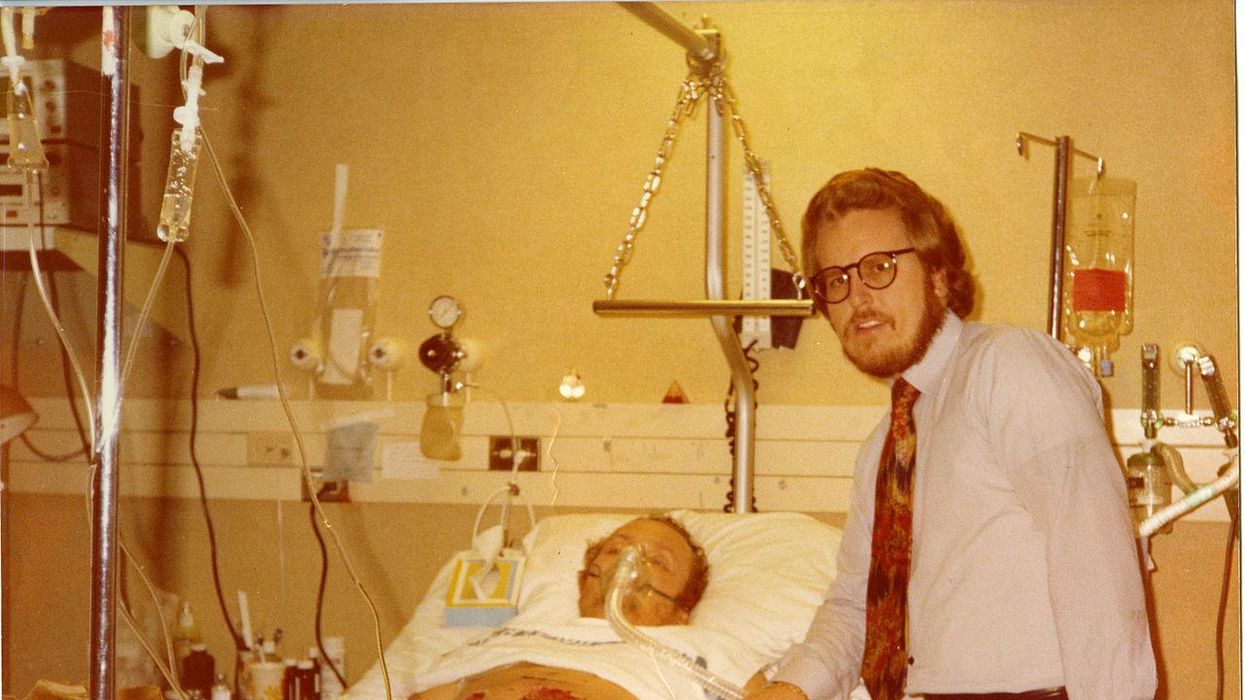 Larry Flynt following the attempt on his life in 1978, Jimmy Flynt
Alex Henderson
May 14, 2021

Larry Flynt, who was 78 when he died on February 10, is not only remembered for founding Hustler Magazine and building one of the United States' largest adult entertainment companies — he is also remembered for his politics and his battles with the Christian Right. The FBI had a 322-page file on Flynt, and Vice Magazine's Irving Alpert describes some of its highlights in an article published on May 13.

Alpert explains, "To the FBI, he was a person of interest. His 322-page FBI file, obtained by Vice News through a Freedom of Information Act request, contains a wild litany of events involving the Hustler honcho…. His FBI file focuses mainly on his activities in the 1980s, when his behavior was at its most erratic, but also, when many of his important 1st Amendment battles came to a head."

According to Alpert, one of the things the FBI file on Flynt describes is the attempt on his life in 1978. Flynt was shot by White supremacist Joseph Paul Franklin in Georgia, leaving him paralyzed. And the FBI file describes people who made false confessions to the crime. The FBI file also addresses the many death threats Flynt received after 1978.

"In the years after Larry Flynt was shot, he continually received death threats," Alpert explains. "Some were the rantings of the unhinged; some contained vague threats to burn the magazine's offices down; and others threatened, 'This time, we will finish the job.' As a matter of course, Hustler forwarded the letters to the FBI. In each instance included in the file, the Bureau declined to investigate, usually because the letters were unsigned."

The FBI file shows that Flynt gave U.S. Supreme Court Justice Sandra Day O'Connor a free subscription to Hustler, which she didn't request — and when an assistant asked Flynt to remove O'Connor from his subscription list, he responded by also giving her free subscriptions to some of his other publications.

Flynt had an intense disdain for the Christian Right, and he famously got into a legal battle with the Moral Majority's Rev. Jerry Falwell, Jr.

Albert notes, "Over the decades, Flynt took on America's morality police or anyone he felt to be hypocritical on matters of sex, engaging in what the Washington Post once referred to as 'dirtbag journalism.' This involved offering millions to anyone who could prove an extramarital affair with a high-ranking government official, such as in 1998, when he took down then-House speaker designate and staunch Clinton impeachment backer Bob Livingston. In 2017, Flynt offered $10 million for information leading to Donald Trump's impeachment and removal from office."