'My Pillow' man strands Kristi Noem in Nashville after getting tossed from Governors Association meeting: report 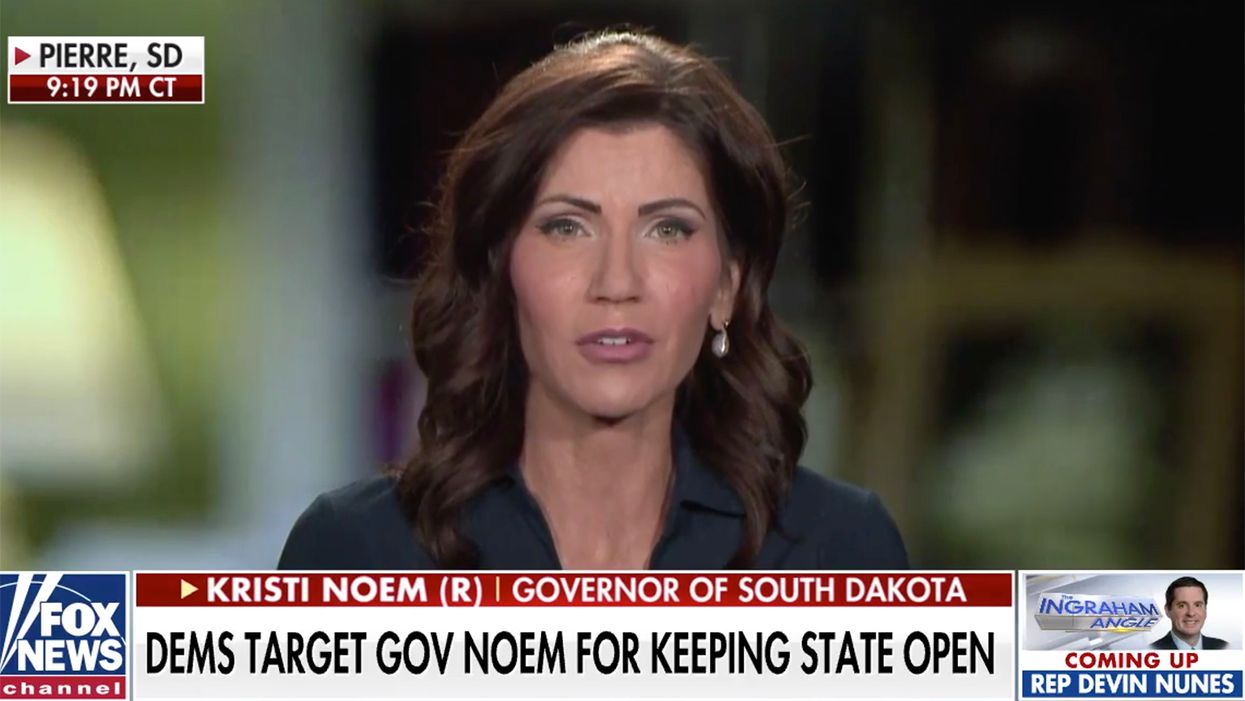 Image via Screengrab.
Aldous Pennyfarthing
and
Daily Kos
May 30, 2021

The most disturbing part about this story is that MyPillow guy Mike Lindell still has a jet. Why hasn't he been sued into a lukewarm puddle of adipose and hotdish-redolent mustache clippings yet? Come on, Dominion. Go do that voodoo that you do so well.

Of course, despite getting sued for $1.3 billion over his false and (allegedly) defamatory election fraud claims, Lindell just keeps rolling along like the Energizer Bundt Cake. As a result, he's largely become a pariah among both the political and shitty-pillow communities.

Case in point: He was recently ousted from the Republican Governors Association spring meeting in Nashville, most likely because he planned to confront Arizona Gov. Doug Ducey and Georgia Gov. Brian Kemp over their separate decisions to hew (at least for now) to consensus reality and let Donald Trump be the loser he's always been (i.e., they refused to overturn the valid presidential election results in their states).

But even though you may very well be laughing right now, that's not the funny part. Oh, no. Not even close.

According to Politico, South Dakota Gov. Kristi Noem, who somehow turned her state into an Old Country Buffet for COVID despite overseeing one of the least densely populated jurisdictions in the U.S., got a lift to the governors meeting on Lindell's private jet but had to find her own ride home.

Lindell was able to gain access to the RGA meeting as a guest of Noem's and as a prospective member, according to one of the people familiar with Noem's travel arrangements.

Lindell told POLITICO earlier this week that after having arrived in Nashville on Monday and having planned to spend most of the week in the city, he instead left Nashville on Tuesday night by private jet. That left Noem looking for a new ride home, according to one of the people familiar with the matter.

Yeah, that's pretty much on brand. Flying Noem back home wasn't going to make all those missing Trump ballots drop from the sky like manna, so there was really no point in sticking to the original plan.

A Noem spokesperson disputed some of the details of Politico's report, of course, because what the hell else are they going to say? Pillow Man ditched the gov because he had a casserole in his fridge that was fixin' to curdle?

Okay, whatever you say, Ian Fury.

By the way, Lindell's upcoming rally has a new guest scheduled, though it's an open question as to whether he actually shows up. Lindell has been pranked before, after all:

I'll see myself out.