Why we need to democratize wealth 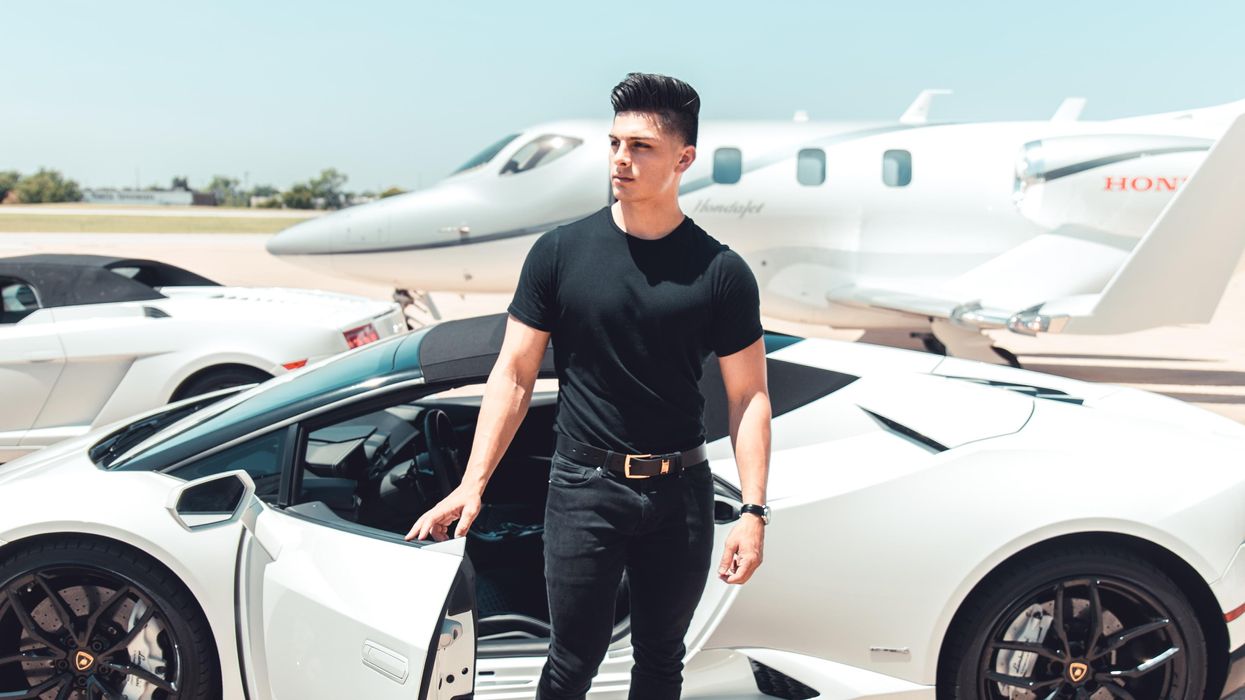 Photo by Nate Johnston on Unsplash
man in black by a white sports car
Richard D. Wolff
and
Independent Media Institute
May 27, 2021

Throughout its history—wherever it arrived and settled in as the dominant economic system—capitalism provoked struggles over the redistribution of wealth. In other words, this system always distributes wealth in a particular way and likewise produces dissatisfaction with that particular distribution. Those dissatisfied then struggle, more or less, consciously or not, peacefully or violently to redistribute wealth. The struggles are socially divisive and sometimes rise to civil war levels.

The French Revolution marked the end of French feudalism and its transition to capitalism. The revolutionaries' slogans promised the transition would bring with it "liberté, égalité, fraternité" (liberty, equality and fraternity). In other words, equality was to be a key accompaniment to or product of capitalism's establishment, of finally replacing feudalism's lord-serf organization of production with capitalism's very different employer-employee system. Transition to capitalism would erase the gross inequalities of French feudalism. The American Revolution likewise broke not only from its British colonial master but also from the feudal monarchy of George III. "All men are created equal" was a central theme of its profound commitment to equality together with capitalism.

In France, the United States and beyond, capitalism justified itself by reference to its achievement or at least its targeting of equality in general. This equality included the distribution of wealth and income, at least in theory and rhetoric. Yet from the beginning, all capitalisms wrestled with contradictions between lip service to equality and inequality in their actual practices. Adam Smith worried about the "accumulation of stock" (wealth or "capital") in some hands but not in others. Thomas Jefferson and Alexander Hamilton had different visions of the future of an independent United States in terms of whether it would or would not secure wealth equality later dubbed "Jeffersonian democracy." There was and always remained in the United States an awkward dissonance between theoretical and rhetorical commitments to equality and the realities of slavery and then systemic racist inequalities. The inequalities of gender likewise contradicted commitments to equality. It took centuries of capitalism to achieve even the merely formal political equality of universal suffrage.

Thus, there should be no surprise that U.S. capitalism—like most other capitalisms—provokes a widely troubling contradiction between the actual wealth inequality it produces and tendentially deepens (as Thomas Piketty has definitively shown) and its repeatedly professed commitment to equality. Efforts to redistribute wealth—to thereby move from less to more equal distributions—follow. Yet, they also disturbingly divide societies where the capitalist economic system prevails.

Recipients of redistributions face parallel political problems of whom to target for contributing to wealth redistribution. Will recipients support a tax on all profits or rather a tax just on big business with maybe some redistribution flowing from big to medium and small business? Or might low-wage recipients target high-wage workers for redistributive taxation?

All kinds of other redistributions between regions, races and genders display comparable strategic political choices.

Conflicts over redistributions are thus intrinsic to capitalism and always have been. They reflect but also deepen social divisions. They can and often have become violent and socially disruptive. They may trigger demands for system change. They may function as catalysts for revolutions. Because pre-capitalist economic systems like slavery and feudalism had fewer theoretical and rhetorical commitments to equality in general, they had fewer redistribution struggles. Those finally emerged when inequalities became relatively more extreme than the levels of inequality that more frequently provoked redistribution struggles in capitalism.

No "solution" to divisive struggles over wealth redistribution in capitalism was ever found. Capitalisms keep reproducing both theoretical and rhetorical appeals to equality as self-celebrations alongside actualities of deep and deepening wealth inequalities. Criticisms of capitalism on grounds of wealth inequality dog the system everywhere. Divisive social conflicts over capitalism's unequal wealth distributions persist. Endless efforts to find and implement a successful redistributive system or mechanism continue. The latest comprises various proposals for universal basic incomes.

To avoid divisive social conflict over redistribution, the solution is not to distribute unequally in the first place. That can remove the cause and impetus for redistributive struggles and thus the need for endless and so far fruitless efforts to find the "right" redistribution formula or mechanism. The way forward is to democratize the decision about distributing wealth as it emerges from production. This can be accomplished by democratizing the enterprise, converting workplaces from their current capitalist organization (i.e., hierarchical divisions into employers—public or private—and employees) into worker cooperatives. In the latter, each worker has one vote, and all basic workplace issues are decided by majority vote after a free and open debate. That is when different views on what distribution of output should occur are articulated and democratically decided.

No redistribution is required, necessitated, or provoked. Workplace members are free to reopen, debate and decide anew on initial wealth distributions at any time. The same procedure would apply to workplace decisions governing what to produce, which technology to deploy, and where to locate production. All workers collectively and democratically decide what wage the collective of workers pays to each of them individually. They likewise decide how to dispose of or allocate any surplus, which is above the total individual wage bill and replacement of used-up inputs, that the enterprise might generate.

A parable can illustrate the basic point. Imagine parents taking their twins—Mary and John—to a park where there is an ice-cream vendor. The parents buy two ice creams and give both to Mary. John's wails provoke a search for an appropriate redistribution of ice creams. The parents take away one of the ice creams from Mary and hand it to John. Anger, resentment, bitterness, envy and rage distress the rest of the day and divide family members. If affection and emotional support are similarly distributed and redistributed, deep and divisive scars result. The lesson: we don't need a "better" or "right" redistribution; we need to distribute more equally and democratically in the first place.