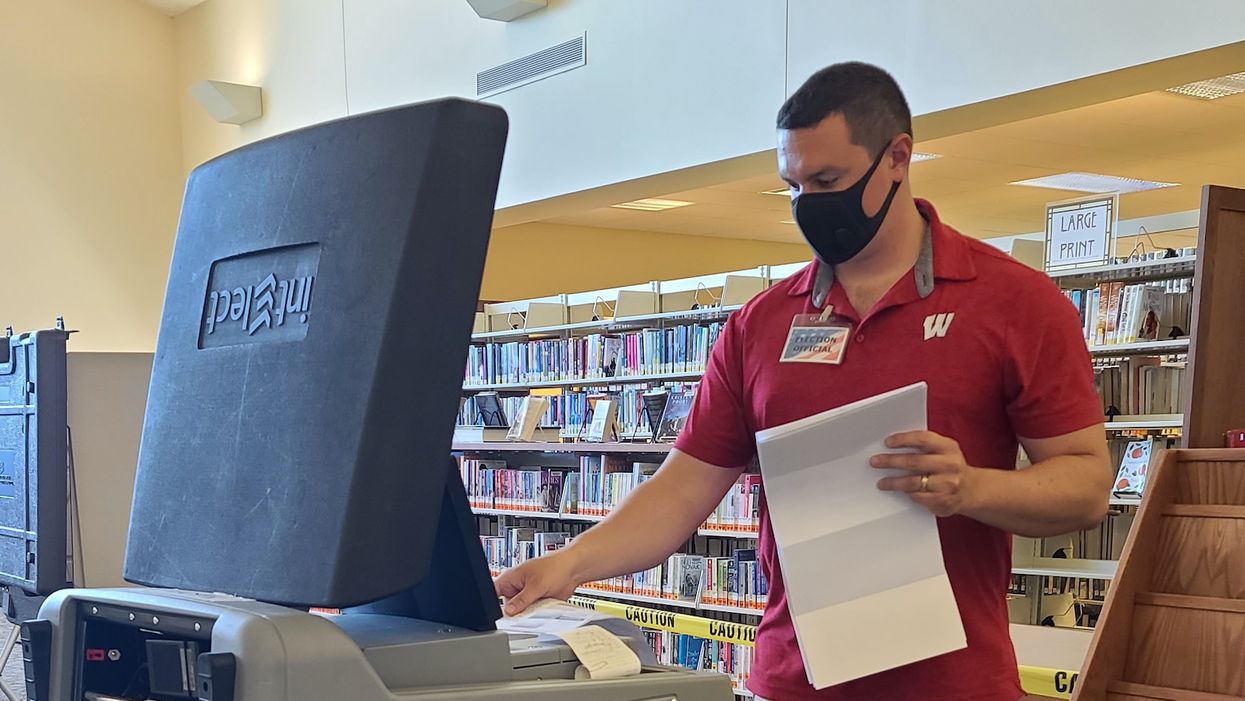 According to Law & Crime, the already-perplexing circumstances surrounding the Maricopa County audit just got even weirder. Auditors are now looking into a new conspiracy suggesting more than 40,000 ballots were somehow "flown into Arizona." Auditors are checking the ballots to see if bamboo fibers can be found to determine if fraudulent ballots were smuggled from Asia.

On Wednesday, May 5, John Brakey, a Tucson, Ariz., resident and volunteer observer, spoke with KTVK News to share more detail about the latest conspiracy theory.

"Well, there's accusations that 40,000 ballots were flown into Arizona and stuffed into the box, okay, and it came from the southeast part of the world — Asia — and what they're doing is to find out if there's bamboo in the paper," Brakey said.

Then, Brackey gestured toward an object outside to the camera's view described as a device "used to take extremely high definition photographs of individual ballots for inspection."

"That camera right there, that they [use] to take a picture of the ballot, they can really look at depth and find out is it a hand-marked paper ballot because it's a 5k camera," Brackey explained. "You can see the folds in the ballot, because 92-percent of all the ballots here should've been folded because they came in through an envelope," he said, adding that he was "on a mission for facts."

Brackey went on to admit to KTVK reporter Dennis Welch that he did not believe the bamboo conspiracy theory but explained why auditors have taken interest in checking the ballots for bamboo.

"Because they use bamboo in their paper processing," Brakey in reference to the people of Southeast Asia.

"I don't believe any of that," Brakey added. "I'm just saying that is part of the mystery that we want to un-gaslight people about and this is a way to do it."

The bamboo fraud theory is the latest of many different circumstances surrounding the controversial audit in Arizona. Cyber Ninjas, the company tapped to conduct the audit, is also facing scrutiny due to its seemingly questionable reputation.