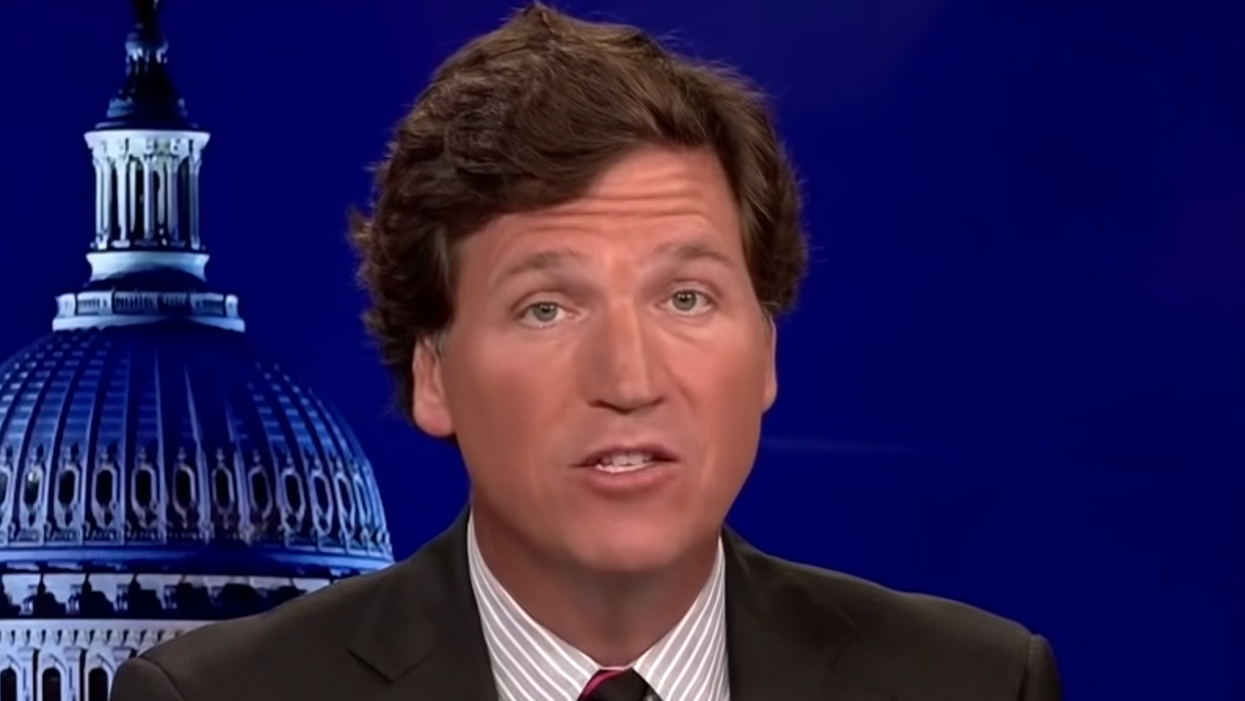 March 6 marked the three-month anniversary of the assault on the U.S. Capitol Building when a mob of far-right insurrectionists hoped to prevent Congress from certifying now-President Joe Biden's Electoral College victory in the 2020 presidential election. Fox News' Tucker Carlson discussed that anniversary during his Tuesday night show, implying that the rioters have been unfairly vilified by liberals, progressives and the Democratic Party.

With a mocking tone, the far-right Carlson told viewers, "Today is the three-month anniversary of January 6. For those of you are not good at dates or don't have calendars, this is the day that we pause to remember the White supremacist QAnon insurrection, that came so very close to toppling our government and ending this democracy forever."

Carlson, during the segment, didn't sound like he was genuinely disturbed by the January 6 assault. Instead, he implied that the rioters were patriots who were standing up for the U.S. Constitution.

Carlson said, "They didn't have guns, but a lot of them had extremely dangerous ideas. They talked about the Constitution and something called their rights. Some of them made openly seditious claims. They insisted, for example, that the last election wasn't entirely fair."

This framingly is highly misleading — officials have said some of the people at the riot did have guns and other weapons, and they violently attacked law enforcement.

The far-right Fox News pundit also implied that the rioters have been unfairly vilified because they were from "unfashionable zip codes," and he said that Ashli Babbitt — a rioter killed inside the Capitol Building on January 6 — has been forgotten because she was "not a Democratic member of Congress or even a Joe Biden voter."

"When a group of sad, disenfranchised people who have been left out of the modern economy show up at your office, you don't have to listen to their complaints," Carlson told viewers. "Not for a second. Why would you?"

Claiming that Democratic reactions to the January 6 siege are overblown has been a recurring theme on Carlson's show. Carlson also defended two of the Capitol insurrectionists who are facing criminal charges: Lisa Eisenhart and her son, Eric Munchel — who was photographed carrying plastic zip-tie handcuffs inside the Capitol Building on January 6. And Carlson said that the U.S. Department of Justice, under President Joe Biden, is going after them much too aggressively, though the prosecutions began under the Trump DOJ.

Carlson said, "Neither Lisa Eisenhart nor her son damaged any property at the Capitol or committed any violence…. Keep in mind, these are people whose crime was trespassing in the Capitol. We're not endorsing that, but some perspective please."

Here are some reactions to Carlson's recent comments on the January 6 siege:

To be clear, dozens of advertisers have left Fox’s opinion shows because of ongoing racist and conspiratorial rheto… https://t.co/9vDMS68hfV
— Sleeping Giants (@Sleeping Giants)1617806698.0

@slpng_giants @RoArquette They broke in, not walked in. They were a party to an insurrectionist mob intent on derai… https://t.co/u0sXpkVsxm
— Myra Woods (@Myra Woods)1617755236.0

@slpng_giants @ee_Jayne So if Fox IS defending the rioters? I guess they were Trump supporters and NOT ANTIFA or BL… https://t.co/6DAAD2fRwB
— Barbara Place (@Barbara Place)1617757111.0