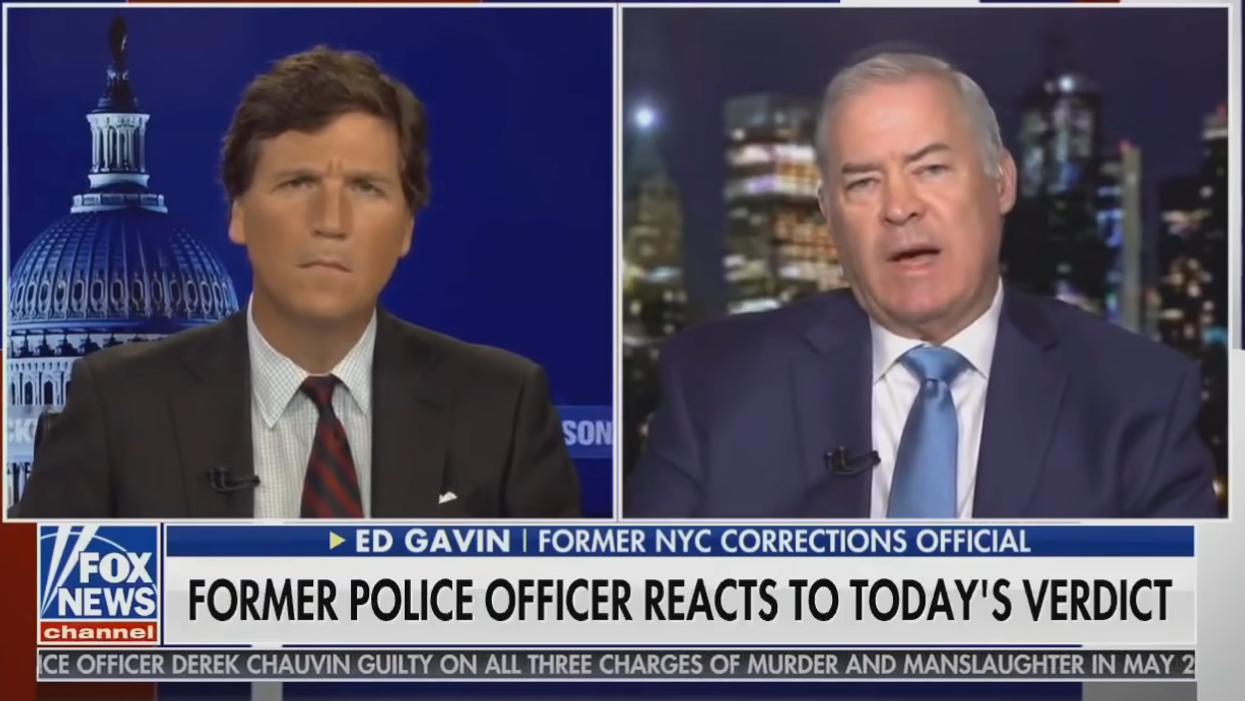 On Tuesday, April 20, a jury found former Minneapolis police officer guilty of three charges in connection with the May 25, 2020 killing of Georgia Floyd: second-degree murder, third-degree murder and second-degree manslaughter. Far-right Fox News pundit Tucker Carlson, the night of April 20, discussed the verdict with Ed Gavin — a former deputy sheriff with the New York City Sheriff's Department — and Carlson brought the interview to an abrupt end when he didn't like Gavin's analysis.

Carlson asked Gavin to weigh in on "what this means for law enforcement," posing the question, "Who's going to become a cop going forward, do you think?" Gavin responded, "I think people will still become police officers. This really is a learning experience for everyone. Let's face it: what we say in that video was pure savagery. I mean, the documentary evidence showed the police officer putting his knee on the perpetrator's neck while he was rear-cuffed and his stomach was on the ground, causing positional asphyxia."

The former law enforcement officer went on to say that although he "used force" on hundreds of people during his decades in law enforcement, he "never had anybody go unconscious."

Gavin told Carlson, "That was clearly an excessive, unjustified use of force. I think the verdict was just…. It was an open-and-shut case."

That was when Carlson grew angry and defensive, asking Gavin, "Do we enforce the law?" And Carlson implied that police will no longer be able to protect the public, telling Gavin, "The guy who did it looks like he's going to spend the rest of his life in prison. I'm kind of more worried about the rest of the country, which thanks to police inaction — in case you haven't noticed — is like, boarded up. So, that's more my concern."