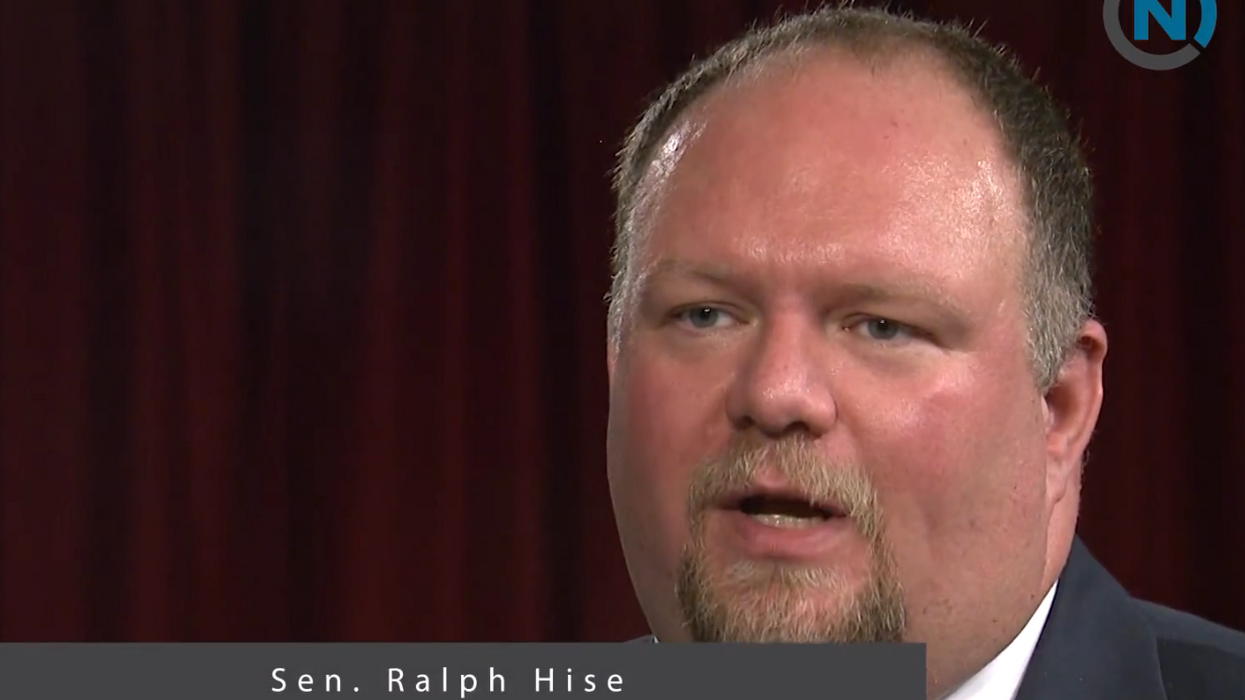 Image via Screengrab.
David Badash
and
The New Civil Rights Movement
April 07, 2021
A North Carolina bill attacking the state's lesbian, gay, bisexual, and especially transgender and queer or questioning youth and young adults violates their right to privacy and places tremendous power in the hands of any person – regardless of training or expertise – who is employed by, contracted by, or is even a volunteer to any school district, court, or child placement agency.

Senate Bill 514 makes it illegal for any teacher, school administrator, contractor, and even volunteers, among other "government agents," to not "immediately" inform, in writing, the parents or legal guardians of any child or young adult – up to the age of 21 – if that "minor under its care or supervision has exhibited symptoms of gender dysphoria, gender nonconformity, or otherwise demonstrates a desire to be treated in a manner incongruent with the minor's sex."

"The notice shall describe all of the relevant circumstances with reasonable specificity," the legislation adds.

In other words, the bill's author, Republican state Senator Ralph Hise (photo), a Trump acolyte, is deputizing every government "agent, employee, volunteer, or contractor of a public child services agency, private child placing agency, court, or school district" to not only determine what constitutes symptoms of gender dysphoria (a medical diagnosis) or gender nonconformity, an entirely subjective belief.

The legislation also "would prevent doctors from performing gender confirmation surgery for transgender people younger than 21," the Associated Press reports.

"Medical professionals who facilitate a transgender person's desire to present themselves or appear in a way that is inconsistent with their biological sex could have their license revoked and face civil fines of up to $1,000 per occurrence. The measure bars doctors from providing gender confirming hormone treatment, puberty blockers or surgery."

The mis-named legislation, the Youth Health Protection Act, pushes the age of majority from 18 to 21 for the purposes of banning gender confirmation treatment of any kind, and for reporting to parents the possibility their children may be transgender. It literally puts some LGBTQ children at risk of physical and emotional abuse and homelessness, and sends the message statewide to be on the lookout for LGBTQ children and young adults, and that their behavior should be subject to extraordinary action.

"Transgender youth have the best chance to thrive when they are supported and affirmed, not singled out and denied critical care that is backed by virtually every leading health authority," Rev. Jasmine Beach-Ferrara, executive director of the Campaign for Southern Equality, said in a statement to the AP, adding that "a person's gender identity shouldn't limit their ability to access health care or be treated with dignity and respect."