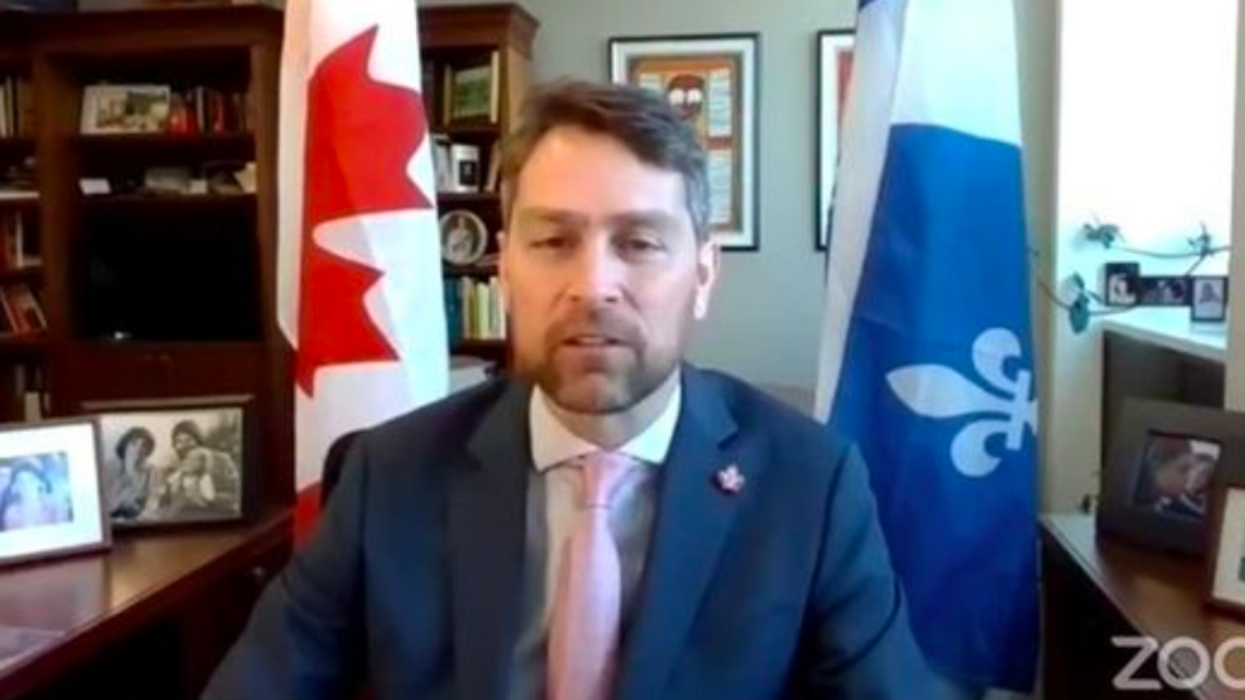 A Canadian lawmaker issued a statement of apology for his recent on-camera blunder that occurred during a virtual legislative hearing. According to The Washington Post, William Amos tweeted his apologies after forgetting to turn his camera off while changing clothes.

On Wednesday, April 14, Amos tweeted to address the awkward occurrence. "I made a really unfortunate mistake today [and] obviously I'm embarrassed by it," tweeted Amos, a member of the Liberal Party. "I sincerely apologize to all my colleagues in the House. It was an honest mistake and it won't happen again."

I made a really unfortunate mistake today & obviously I’m embarrassed by it. My camera was accidentally left on as… https://t.co/qyUmzbkjQZ
— Will Amos (@Will Amos)1618442232.0

During the legislative hearing, Amos was reportedly preparing for the meeting to conclude saying he "accidentally left on as I changed into work clothes after going for a jog." Amos was seen completely nude by fellow lawmakers.

While many social media users quickly used the moment as an opportunity to troll Amos, a number of lawmakers shared different perspectives. One researcher actually expressed concern about the possibility of nude screenshots from the meeting surfacing on the Internet.

Christopher Parsons, a researcher at Citizen Lab at the University of Toronto, tweeted his concerns. "I am very excited to see which MP, or party, goes to the Canadian public and explains how their nonconsensual sharing of an intimate image isn't a violation of the Criminal Code of Canada," Parsons tweeted.

Others deeply scrutinized Amos for his actions. According to Quebecois lawmaker Claude DeBellefeuille, a traditional and professional dress code should be a requirement. He also suggested that Amos do a better job of controlling his camera.

"We've seen a member during question period improperly dressed — that is unclothed," DeBellefeuille, said in French. "So, perhaps remind the members, especially the male members that suits and ties are appropriate or rather called for."

He later added, "We have seen that the member is in very good shape, but I think that this member should be reminded of what is appropriate and to control his camera."