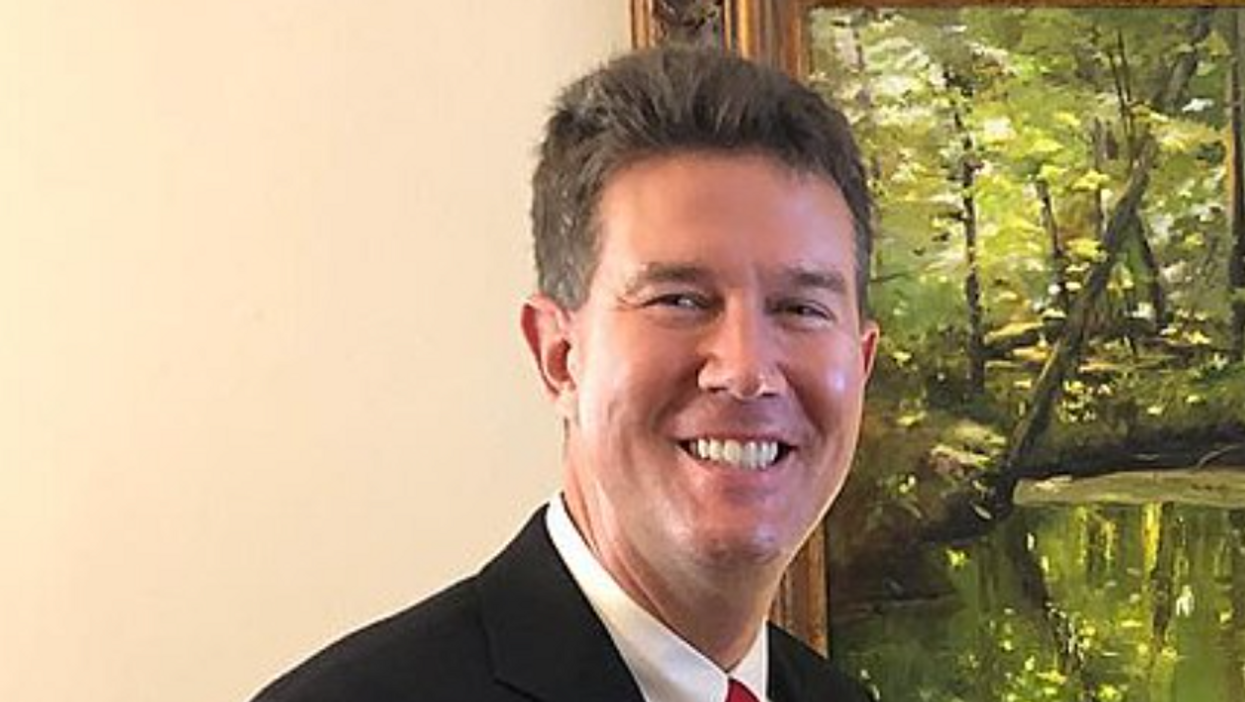 Alabama Secretary of State John Merrill (R) is responding to an allegation that he referred to Black people as "coloreds."

According to AL.com, Merrill denied the allegation as Democratic lawmakers called for his resignation. In a statement released on Wednesday, April 7, Wade Perry, executive director of the Alabama Democratic Party, expressed concern about Merrill's alleged conduct and challenged him to resign if the allegations are confirmed to be true.

"With the exception of the use of state resources to facilitate his affair, Merrill's personal life and conduct are just that - personal," Wade said. "The Democratic Party is much more concerned about the allegation that he regularly referred to African American judges and citizens in Alabama as 'The Coloreds'. If true, he must apologize AND resign immediately."

However, Merrill has denied the allegation that he referred to Black people as "coloreds." "I never referred to African Americans and Black folks as coloreds," Merrill said. "I don't do that. I've never done that. I don't have any other things to say about this particular incident, now or in the future."

According to The Washington Post, the allegations stem from a report published by a right-wing news outlet detailing an alleged affair between Merrill and a legal assistant. The 44-year-old woman reportedly discussed the nature of their relationship and accused him of "regularly using racist language."

Shortly after the report began circulating, Merrill appeared on a conservative podcast to address the situation. "People are attempting to use this to either advance the candidacy of other people, or they are doing it primarily to harm me and my family," Merrill said on the radio. "It's very frustrating and very sad."

But when he was confronted by an AL.com reporter who had leaked, explicit audio of a phone conversation between Merrill and the woman, he changed his tune about the affair.

After acknowledging the affair, Merrill confirmed he would not be entering the Senate race in 2022.

"I will obviously not be a candidate for the United States Senate nor will I be seeking any other elected position in 2022, because I think it's important to me to make sure that I become the man that I have been before and that I am working to put myself in the position to be the leader that I have been before, as a husband, as a father, as a friend, and as an elected official," Merrill said.

Despite the calls for his resignation, Merrill also released a statement announcing his intent to complete his full term. "While I remain fully committed to continuing my service as your Secretary of State through the end of my term, I do not know what the next chapter will present for me and my family," he said in a statement. "I am surrounded by a great team and we look forward to finishing the goals we set out to achieve before our term ends in January of 2023."