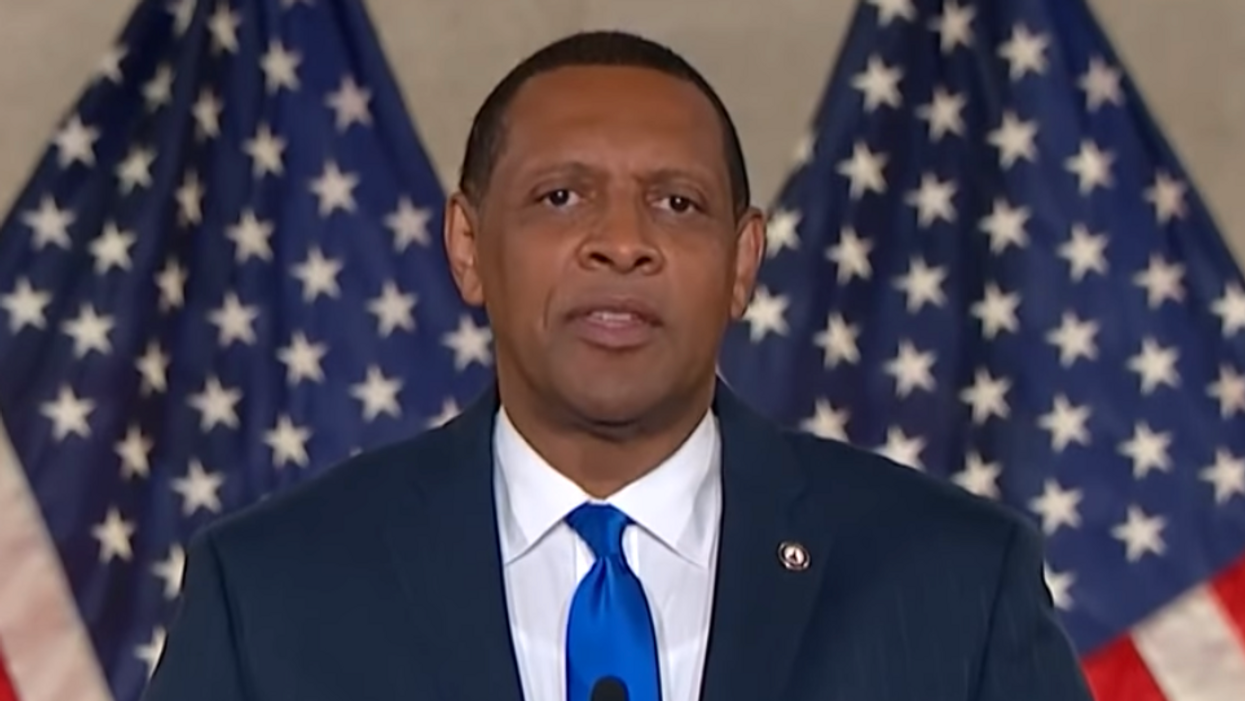 Former state Rep. Vernon Jones, an ardent Trump fan who left the Democratic Party in January, tweeted Monday that he was "looking closely" at a GOP primary bid against Georgia Gov. Brian Kemp.

Jones, unsurprisingly, echoed his patron's lies about election fraud by insisting, "If it weren't for Brian Kemp, Donald Trump would still be President of these United States." Joe Biden, of course, would still have earned an electoral college majority if Trump had carried Georgia, but that's hardly stopped Trump from targeting his one-time ally Kemp.

Jones had a long career in Democratic politics, though he'd struggled to win higher office under his old party. After a stint in the state House in the 1990s, Jones became the first African American to lead DeKalb County following his 2000 victory for CEO of this large Atlanta-area community. The Atlanta Journal-Constitution writes that during his tenure, Jones "drew intense scrutiny for angry outbursts and an accusation of rape that he said was a consensual act between three partners." Jones, however, was never charged.

Jones tried to use his high-profile post as a springboard to statewide office, but he lost the 2008 primary runoff for Senate 60-40 to Jim Martin, who went on to lose to Republican incumbent Saxby Chambliss. Jones then challenged Rep. Hank Johnson in the 2010 primary for the 4th Congressional District and lost 55-26.

In 2013, a grand jury probing Jones' time as DeKalb County CEO recommended he be investigated for what the AJC calls allegations of "bid-rigging and theft." The following year, his campaign for DeKalb County sheriff ended in a landslide 76-24 primary defeat.

Jones, though, resurrected his political career when he won the 2016 primary to return to the state House in a safely blue seat. Months later, DeKalb District Attorney Robert James announced that he wouldn't be charging a number of figures, including Jones, for lack of evidence.

Jones spent the next few years often voting with Republicans and tweeting favorably of Trump, but he only burned his last bridges with his party in 2020 when he endorsed Trump's re-election campaign. Jones, who was already facing a competitive primary, ultimately retired from the legislature (albeit after initially saying he'd be resigning), and he spent the rest of the campaign as a prominent Trump surrogate.

Jones finally switched parties in January, and he's been eyeing another statewide bid over the last few months. Jones has been mentioned as a prospective Senate candidate, and he reportedly eyed a primary campaign for secretary of state against Brad Raffensperger as recently as last week. Trump, though, has touted former NFL running back Herschel Walker as a prospective Senate candidate and endorsed Rep. Jody Hice's bid against Raffensperger on Monday (see our GA-SoS item), which may be why Jones is now talking about taking on Kemp instead.