'It has the potential to be devastating': GOP puts up a spineless defense to Trump's threatening blow 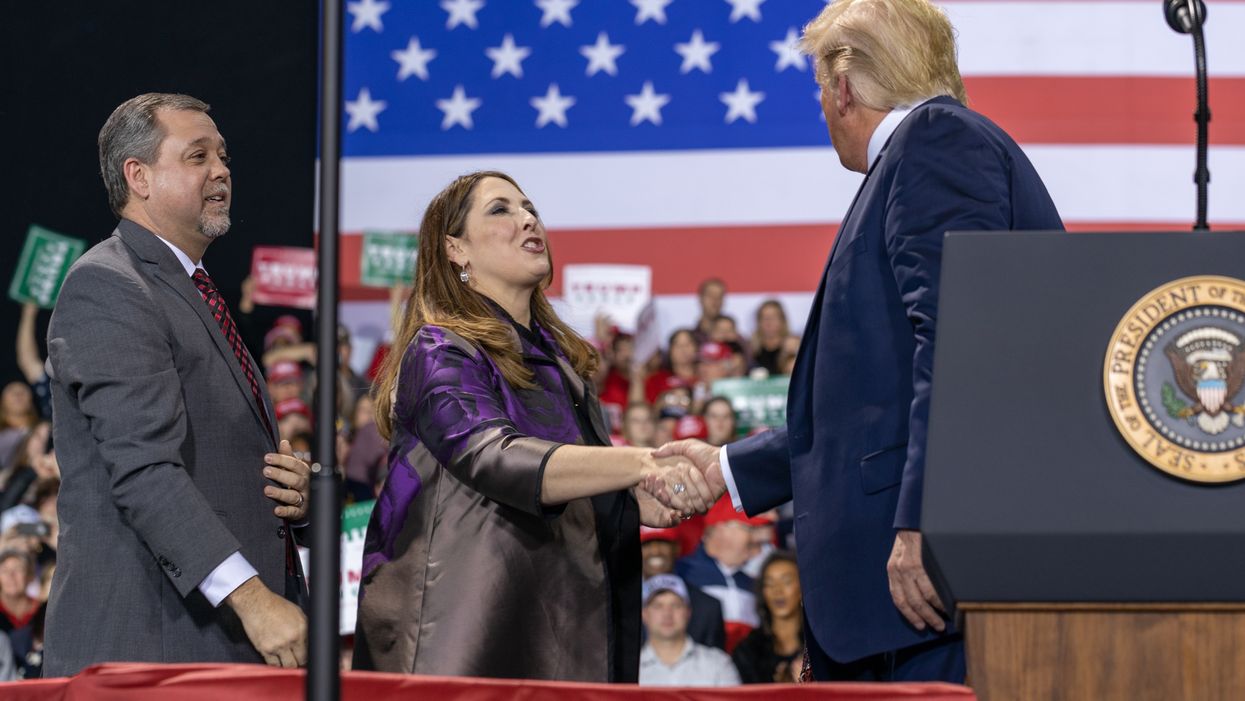 This week, former President Donald Trump has proposed a way for Republican donors to reduce the number of so-called "RINOs" in their party: making sure that all donations for GOP candidates go through his political action committee, Save America. David M. Drucker, a reporter for the conservative Washington Examiner, emphasizes that Trump's move could "leave key party committees financially strapped heading into the 2022 midterm elections." And some prominent Republicans are offering a weak response to Trump's requests for donations to his Save America PAC.

In a statement on Monday, Trump declared, "No more money for RINOs" and asked his supporters to make donations to Save America. RINO is short for Republican in Name Only, an insult the former president and his allies typically use to demean any Republicans they consider insufficiently pro-Trump.

Then, on Tuesday, Trump once again requested donations to Save America, writing, "I fully support the Republican Party and important GOP Committees, but I do not support RINOs and fools, and it is not their right to use my likeness or image to raise funds. So much money is being raised and completely wasted by people that do not have the GOP's best interests in mind."

Trump went on to say, "If you donate to our Save America PAC at (DonaldJTrumpDOTcom), you are helping the America First movement and doing it right. We will WIN, and we will WIN BIG! Our Country is being destroyed by the Democrats!"

Following Trump's second statement, three prominent Republicans issued a joint statement in response. Ronna Romney McDaniel, chair of the Republican National Committee; Sen. Rick Scott, chairman of the National Republican Senatorial Committee; and Tom Emmer, who chairs the National Republican Congressional Committee, said, "The RNC, NRSC and NRCC are grateful for President Trump's support, both past and future. Through his powerful agenda, we were able to break fundraising records and elect Republicans up and down the ballot. Together, we look forward to working with President Trump to retake our congressional majorities and deliver results for the American people."

Trump recently issued cease-and-desist letters demanding that Republican groups obtain his permission before using his likeness in any fundraising appeals. And as Drucker notes in the Examiner, reporters have been weighing the "potential impact on the Republican National Committee."

Drucker explains, "The RNC raises the most money, funding the party's critical voter turnout and data analytics operations. When Trump was president, he controlled the national party committee, as is the case whenever there is a Republican in the White House. But there are two other GOP organs in Trump's crosshairs that are especially pivotal in midterm elections: The National Republican Congressional Committee is focused exclusively on House races, the National Republican Senatorial Committee on Senate contests."

According to Drucker, "The NRCC and NRSC are often forced to support a range of GOP candidates in their effort to cobble together congressional majorities across a diverse political terrain. They are as vulnerable as the RNC, if not more so, to Trump's attempt to become the gatekeeper to Republican campaign cash and excommunicate candidates he deems insufficiently supportive of his agenda."

Trump launched his Save America PAC before the 2020 election and it brought in plenty of donations by the end of the year. On Dec. 31, according to Drucker, Save America had "reported $31.2 million in cash on hand in filings with the Federal Election Commission."

"If Trump sells grassroots donors on backing Save America PAC instead of funding the RNC, NRCC, and NRSC," Drucker observes, "the party's strategy for winning back the majority in a narrowly divided Congress, a strategy that happens to include him, could be compromised by a lack of resources."