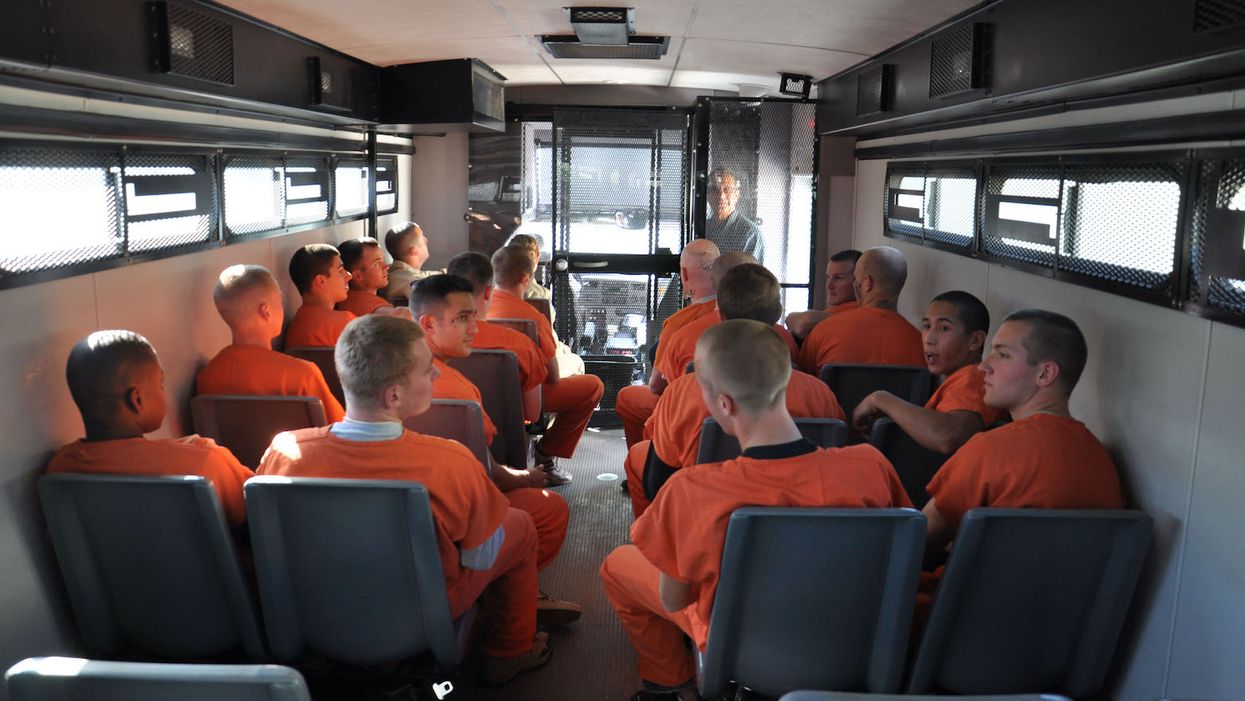 Volunteers from the Laughlin Air Force Base, Texas, dressed as prisoners, ride in a Val Verde County, Texas Sheriff's Department prison bus for a prison riot exercise. The live exercise was designed to give the guards and medical staff hands-on training as if a real prison incident had occurred. (U.S. Air Force Photo/2nd Lt. David Tart)
Alex Henderson
March 16, 2021

Although Tennessee abolished slavery after the Civil War, an article in the state's constitution says that "slavery and involuntary servitude" are allowed for someone who has been convicted of a crime. Understandably, there's a strong push to strip that language out — but four Republicans in the Tennessee Senate have voted against removing it.

The bill to remove that article from the Tennessee Constitution was sponsored by Sen. Raumesh Akbari, a Memphis Democrat who serves in the Tennessee Senate. When the bill came up for a vote, Sen. Brian Kelsey and three other Republicans voted against it.

Article I, Section 33 of the Tennessee Constitution presently states that "slavery and involuntary servitude" are "prohibited in this state" except "as a punishment for crime, whereof the party shall have been duly convicted."

The 13th Amendment of the U.S. Constitution, which abolished slavery, contained a similar exception:

Neither slavery nor involuntary servitude, except as a punishment for crime whereof the party shall have been duly convicted, shall exist within the United States, or any place subject to their jurisdiction.

Many argue that this exception has permitted gross abuses, exploitation, and cruel forced labor of the incarceration population.

Most Republicans in the Tennessee Senate, however, voted for Akbari's bill along with Democrats. And on Tuesday, the Tennessee House of Representatives is scheduled to vote on it.

If the bill passes in the Tennessee House of Representatives, it would go to the desk of Republican Gov. Bill Lee — who could either sign it into law or veto it. Tennessee, a red state, presently has two Republican U.S. senators: Marsha Blackburn and Bill Hagerty. And both houses of its state legislature are Republican-controlled.
From Your Site Articles
Related Articles Around the Web
Report typos and corrections to: feedback@alternet.org.