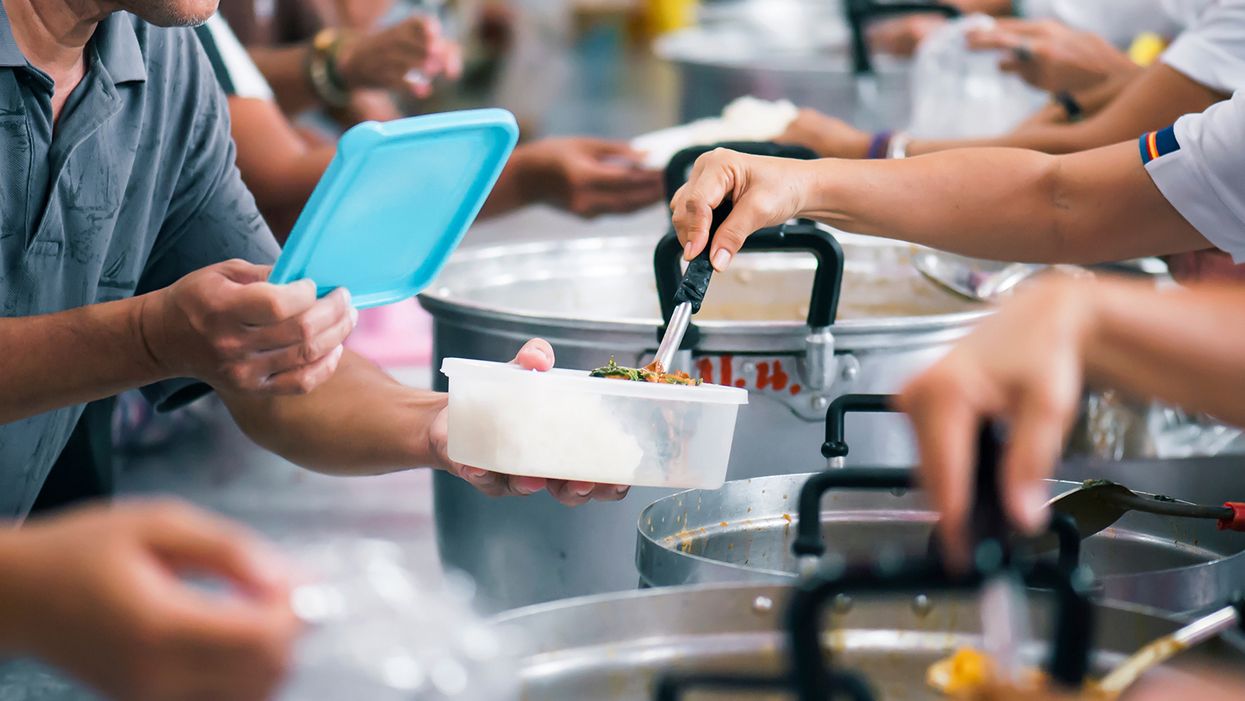 An ongoing study conducted in Stockton, California, examines how the lives of low-income Americans can improve if they are simply given money—a modest, but reliable source of income with no strings attached. The Stockton Economic Empowerment Demonstration (SEED) randomly chose 125 participants from poverty-stricken residential areas and gave them $500 per month to simply use for whatever they wanted over the last two years. A majority of the participants were women (69 percent) and people of color (53 percent). Preliminary results from the first year are tantalizing for anyone interested in solutions to address rising inequality in the United States, especially as they manifest along racial and gender lines. Within the first year, the study's participants obtained jobs at twice the rate of the control group. At the beginning of the study, 28 percent of the participants had full-time employment, and after the first year, that number rose to 40 percent.

Sukhi Samra, the director of SEED, explained to me in an interview that although Andrew Yang, the former presidential candidate now running for mayor of New York City, helped popularize the idea of a universal basic income (UBI), the Stockton study of a "guaranteed basic income" (GBI) is subtly different from Yang's proposal. "Where guaranteed income differs," said Samra, "is that it's usually targeted along income lines," rather than given to everyone. "It's more often touted as a tool for equity, especially racial and gender equity," she added.

Samra said it was important to frame the idea of GBI within the "racial justice and social justice movements of the 1960s when you had Dr. Martin Luther King Jr., the National Welfare Rights Organization and the Black Panthers all advocating for a guaranteed income as the simplest and most effective way to abolish poverty." Indeed, Dr. King wrote in his last book, Where Do We Go From Here: Chaos or Community?, that he was "convinced that the simplest approach will prove to be the most effective—the solution to poverty is to abolish it directly by a now widely discussed measure: the guaranteed income."

Stockton is a fitting location for an experiment such as this. Known as "America's most diverse city," Stockton was economically devastated by market forces more than a decade ago during the national housing crisis and declared bankruptcy in 2012. Race-based inequality is rampant, with the city's white minority enjoying a median income that is roughly twice that of Black incomes. This microcosm of larger American cities also suffers from ill-health, crime, and over-policing, so much so that it earned another nickname, as one of "America's most miserable cities." Then in 2016, the city elected its first Black mayor, Michael Tubbs, who happened to also be the youngest person ever elected to that office.

The idea for the Stockton demonstration of a guaranteed income was Tubbs' brainchild, and he funded the SEED study with private donations in order to demonstrate that equity can be reached by direct means such as unconditional cash payments to those who need it the most. It is no coincidence that a majority of the Stockton study's participants were women and people of color. This is precisely the demographic that has been left behind by national economic trends.

Samra explained that for those who were able to transition from part-time to full-time work, the cash payments enabled them to do basic things like go to a job interview, "not because they were lazy before but because they were wage workers who just could not afford to lose one shift to go interview for something else, as that meant they would have to cut something from their household budget for that month." Others were able to pay for childcare so they could pursue better job opportunities.

Another critically important outcome of cash payments was a marked improvement in mental health and overall well-being. A 2020 paper published by the National Bureau of Economic Research found that "negative economic shocks cause mental illness, and anti-poverty programs, such as cash transfers, improve mental health." Samra explained that at the beginning of the study, almost all of its participants could be classified as "clinically depressed," but after one year, there was a significant reduction in anxiety and depression compared to levels seen in the control group, so much so that "$500 a month can be as effective as other forms of medication."

The study's preliminary results cover the year just before the coronavirus pandemic was declared. The study's second year will help answer a question that Samra expressed as, "How exactly can a guaranteed income act as a financial vaccine?" Anecdotal evidence from some of the study's participants revealed that the $500-a-month stipend became even more important during the pandemic, as it enabled them to adhere to "shelter-in-place" and other safety measures and stock up on food because they could financially afford it.

Of course, the idea of giving poor people of color money to survive is utterly antithetical to Republican and even some Democratic lawmakers. Since the assault on government welfare launched by President Ronald Reagan and accelerated by Bill Clinton, financial support to the poor has become perversely demonized as a disincentive to work. People of color and women have been particularly demonized and cast as parasites taking advantage of the system. Poverty is seen as a moral failing, and therefore assistance is seen as an immoral reward for such a failing. According to Samra, the Stockton study was criticized on the basis that giving people money would stop them from working. But so far it has proven the opposite: that a guaranteed income can actually help struggling Americans get jobs.

The logic of poverty as a moral failing persists today as various pieces of legislation to counter the economic devastation of the pandemic have included direct aid in the form of one-time checks and monthly unemployment checks. Republican Senator Tom Cotton denounced the latest bill, the American Rescue Plan that just passed under President Joe Biden, by asking, "How will sending stimulus checks to murderers and rapists in prison help solve the pandemic?" Conflating poor Americans with "murderers and rapists" is a common conservative dog-whistle tactic.

Financial help aimed at poor people of color has never been popular with richer, whiter Americans, and in November 2020, Stockton Mayor Tubbs was defeated in his reelection bid. His opponent, a Republican named Kevin Lincoln, denounced Tubbs' gun violence intervention program as "cash for criminals," and claimed that, "All this funding that the mayor has brought in, it's been brought in to serve him." One analysis of his defeat also pointed out that, "some residents of the city's wealthier North side feel that they're being ignored." Tubbs was also the target of a vicious right-wing social media operation in the form of a popular blog that relied on racist tropes, lies, exaggeration and fake news to topple the young progressive leader.

A critical lesson from the Stockton experiment that wasn't cited among the official results of the study is that while a guaranteed income can actually work to address the ills it sets out to fix, American politics remains mired in conservative racist notions of who deserves help. And therein lies the problem at the heart of our inequality crisis. Despite the Stockton study's positive results, the political loss of its architect, Mayor Tubbs, reaffirmed the city as a symbolic microcosm of the broader American landscape and the ongoing challenges to addressing race and gender-based poverty.