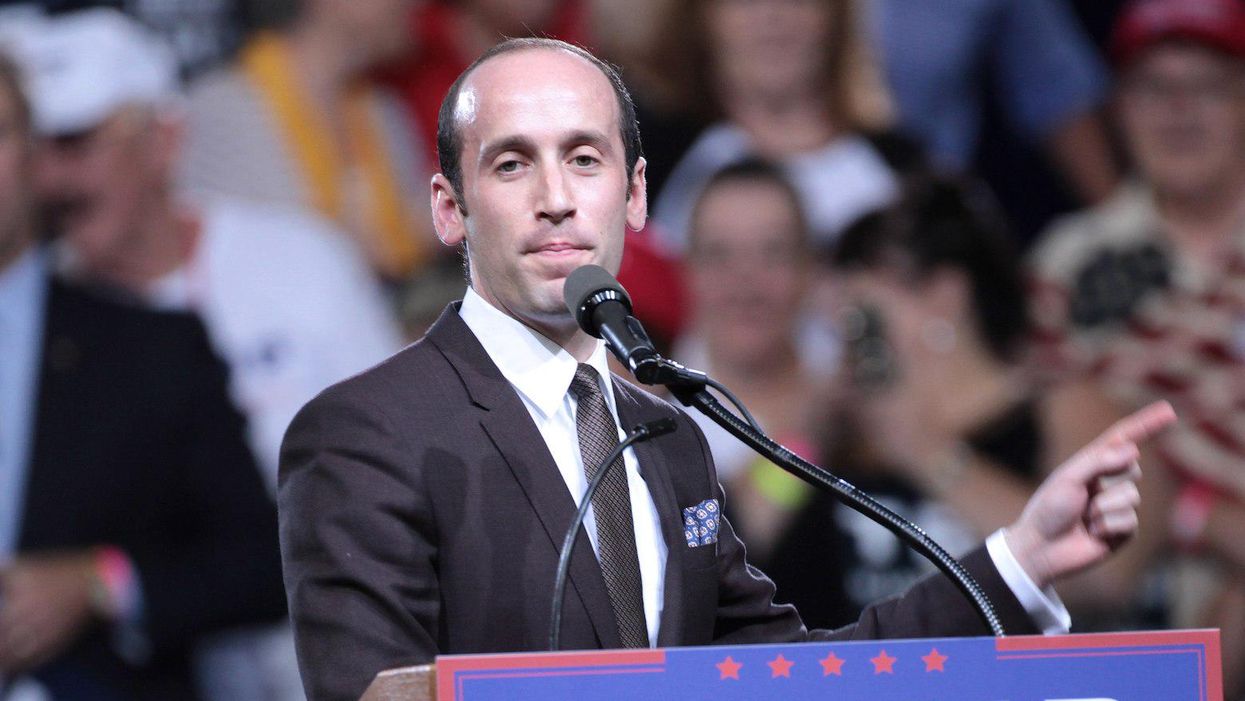 Since losing the election, Trump's team of incompetent bigots have been moving about, figuring out ways to stay out of prison, while also staying active enough that they can plausibly say they've been working on the coup d'état if that overthrow of the government ever happens. One of the least likable, least intelligent, people in the Trump administration is Stephen Miller. Miller's ability to dig down to the very bottom of a barrel of craven gargoyles is a feat unto itself. Miller has been thankfully out of power for a few weeks now, and is no longer writing C-minus level racist screeds for Donald Trump and the no-longer ruling Republican Party. however, in recent weeks, Miller has been called into "brief" House republicans on immigration matters, and remind everyone that the Republican Party and Donald Trump's dreams of an oligarchy that controls its population through the mythology of an egalitarian ethnostate, are one and the same.

On Monday, one of the big stories circulating around the internet was Oprah Winfrey's interview with Prince Harry and Meghan Markle. In the interview, the couple shared all kinds of thoughts and opinions on the experience of being in the public eye and stepping away from living the life of Royalty in the United Kingdom. The tradition of racism was spoken about, the British press lost their minds, and the internet was ablaze with Royals gossip and opinions. The right-wing in our country, not unlike the more conservative elements of England, have had a difficult time dealing with the interracial couple and their decisions to step away from the lame, outdated and stodgy traditions of the Royal family. Some right-wing pundits have chosen to attack the masculinity of Prince Harry, reminding everyone that only classy and intelligent people attack other people based on amorphous concepts like "masculinity." Other right-wingers have just straight out been racist about Meghan Markle not being white. Predictably Stephen Miller falls on the latter side of the Republican think tank spectrum. Today Miller sent out two tweets, both of which were met with an avalanche of responses that remind us all how truly despised Stephen Miller is.

In his first Tweet, miller wrote: "Here's the question Oprah should have asked Harry & Meghan: isn't the whole point of the Royal Family that it's *not* about you but about your country? It's about service to the UK and the Commonwealth." He followed up that doozy with one that was a little more on that ruddy red nose. "During President Trump's head of state visit to the UK, I had the privilege of getting to meet several members of the Royal Family . They were unfailingly gracious & deeply committed to preserving the traditions and heritage of the UK." For all the canceling us liberals are reportedly doing, Stephen Miller and the dog whistle he has permanently mashed between his lips, seems to get right through, right?

The responses came fast and funny.

That's the stuff. Here's a little GOT.

And a history reminder.

And while Oprah doesn't need to do much in the way of defending herself from anything Stephen Miller would say about anything in the history of everything...

Finally. It goes without saying, but it is important to still say.