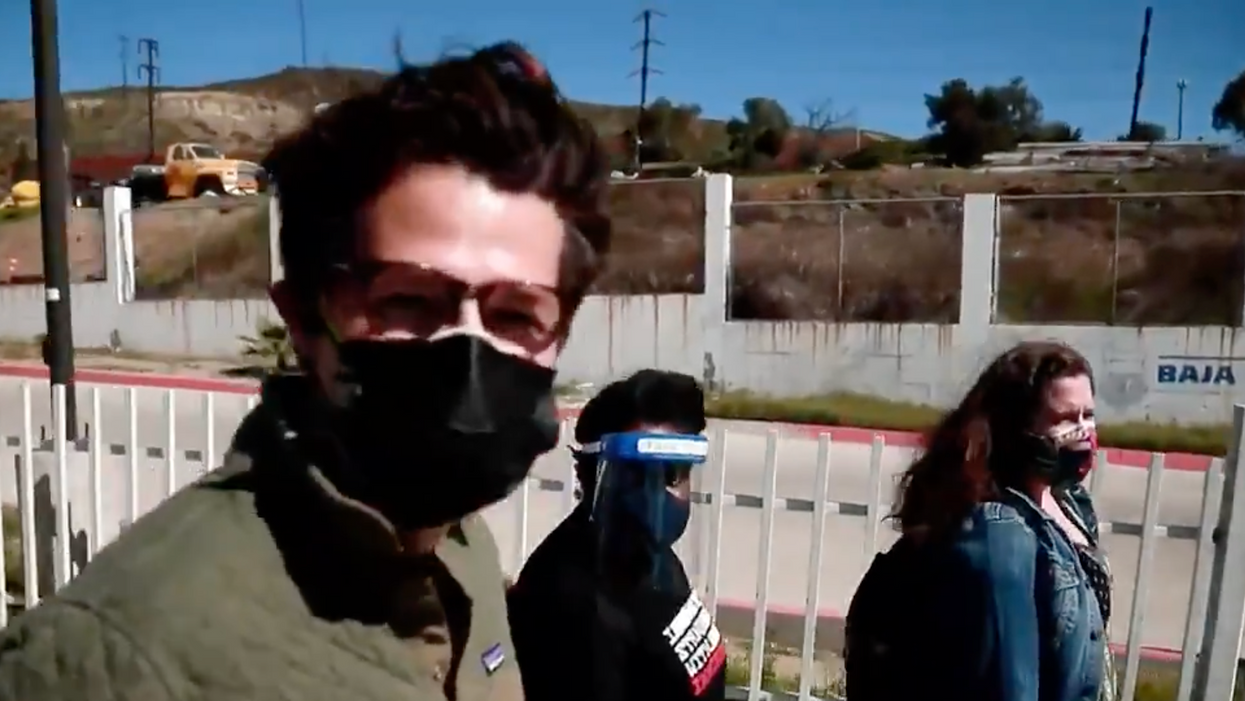 Republicans have no solutions but they have plenty to opine, and one of the most notorious officials from the previous administration was given a soapbox by The Washington Post this past weekend from which to finger-point at the Biden administration for deciding to follow the law by respecting the asylum rights of kids. "They should have been better prepared," Chad Wolf, the unlawfully appointed former acting Department of Homeland Security secretary who used his office to campaign instead of focus on white supremacist terror threats, dared to say in the report.

"Wolf was a key member of Trump's anti-immigrant border team who worked overtime creating deliberately ineffective, chaotic, and cruel policies, which Democrats are now trying to fix," former Media Matters and Rolling Stone writer Eric Boehlert said for Press Run. "But Wolf gets to spout off in the Post about how Biden has created a crisis?" He and other experts note The Post's piece was a hot mess overall, factually-challenged and practically salivating as it "echoed every conceivable GOP talking point."

"Designed to portray the White House as poised on the brink of a defining and perhaps fatal failure, the Post article was drenched in politics instead of policy—'Republicans are reveling in the administration's border problems,'" Boehlert writes. The "border problems" are in fact human beings—children—and thousands of them are currently in U.S. custody after coming to our southern border in search of safety. They have been doing so for several years, which The Post fails to note in its breathless coverage.

"The article fails to mention a 700% surge in unaccompanied minors in Trump's last year, and a 360% surge in adults seeking asylum," Julián Castro senior advisor Sawyer Hackett wrote in a series of tweets blasting the article. "It fails to seriously examine that the Trump admin refused to cooperate w/ the transition—which is the most important factor here in preparation." Recall that even U.S. Citizenship and Immigration Services (USCIS), historically a paper-pushing agency, was reportedly ordered by the previous administration to not communicate with then-President-elect Biden's team. "I respect every journalist on this byline," Hackett said. "But this is pure hot garbage, beginning to end."

"The piece stressed the issue of immigration could be a loser for Democrats—it could cost them the House in 2022!" Boehlert continued. But as immigrant rights advocacy group America's Voice recently noted in a report, xenophobic and anti-immigrant shit-stirring has been a "losing political strategy" for Republicans, "as it was in 2017, in 2018, in 2019, and in 2020. Keep in mind as they again tee up immigration as their focus for 2022."

It's almost like former White House aide and white supremacist creep Stephen Miller actually really isn't some brilliant strategist (once again, who is president right now, and who is likely golfing at some resort staffed by the same undocumented immigrants he spent years demonizing for political gain?), and the American people favor real policy solutions and the humane treatment of children and families.

Immigration policy expert Aaron Reichlin-Melnick noted The Post's tired narrative mirrored in a piece from The New York Times on Monday, which proclaimed "The Democrats' Immigration Problem." Reichlin-Melnick wrote, "[n]o headline was written about 'The Republicans' Immigration Problem' in 2019 when twice as many families arrived at the border; or over the last two decades when ever reform bill was shot down? How is putting humanity back into the system a problem?" It's not, and allowing people to pursue their asylum rights is both lawful and moral. But it is a problem for Republicans, as Texas U.S. Sen. John Cornyn all but said so in his Twitter feed:

Both Cornyn and his colleague Ted Cruz, may I remind you, were silent when Border Patrol stalked and detained a 10-year-old girl on her way to emergency surgery back in 2017. Cruz is now suddenly concern-trolling about the border (including linking to The Post's piece) after spending years ignoring the previous administration's decimation of the asylum system and inhumane treatment of families. Both Cornyn and Cruz did nothing while the previous administration implemented humanitarian disasters like the anti-asylum Remain in Mexico policy, which the Biden administration has begun winding down.

"[R]epublicans—scrambling in a post-Trump, post-insurrection, post-stimulus, post-Dr. Seuss world—have pivoted to making the increase in unaccompanied minors at the border their 2022 wedge issue, we're all about to be dragged along for the ride," Ian Gordon wrote for Mother Jones. But Republicans can't really do it alone, and they've found an accomplice in The Post and other lazy punditry. ABC certainly didn't fly its entire "roundtable" to the border when the previous administration used Miller's politically motivated Title 42 public health order as an excuse to expel children over 13,000 times.

Mother Jones notes that in addition to Republican House Minority Leader Kevin McCarthy's recent stunt at the southern border, "hawk Sen. Tom Cotton (R-Ark.) said on Fox News Sunday that 'the border is wide open' under Biden, despite the fact that the Title 42 border closure remains in place for everyone but unaccompanied migrant children," Gordon continued. "Cotton, it should be noted, is calling on Biden to shut the border on these kids. That was and would be another kind of crisis—just maybe not one that'd result in wall-to-wall coverage on the Sunday morning news shows."

Boehlert concludes by writing that "[i]n terms of border crossing apprehensions, 2021 is currently on pace to match the 2019 surge under Trump. Where was the panic-stricken media coverage about the border 'crisis' then, and how the Republican administration had no policy answer? In truth, Trump touted the huge influx in 2019 because he thought it was good politics for wanting to build a mythical wall across America's southern border, which Democrats opposed."