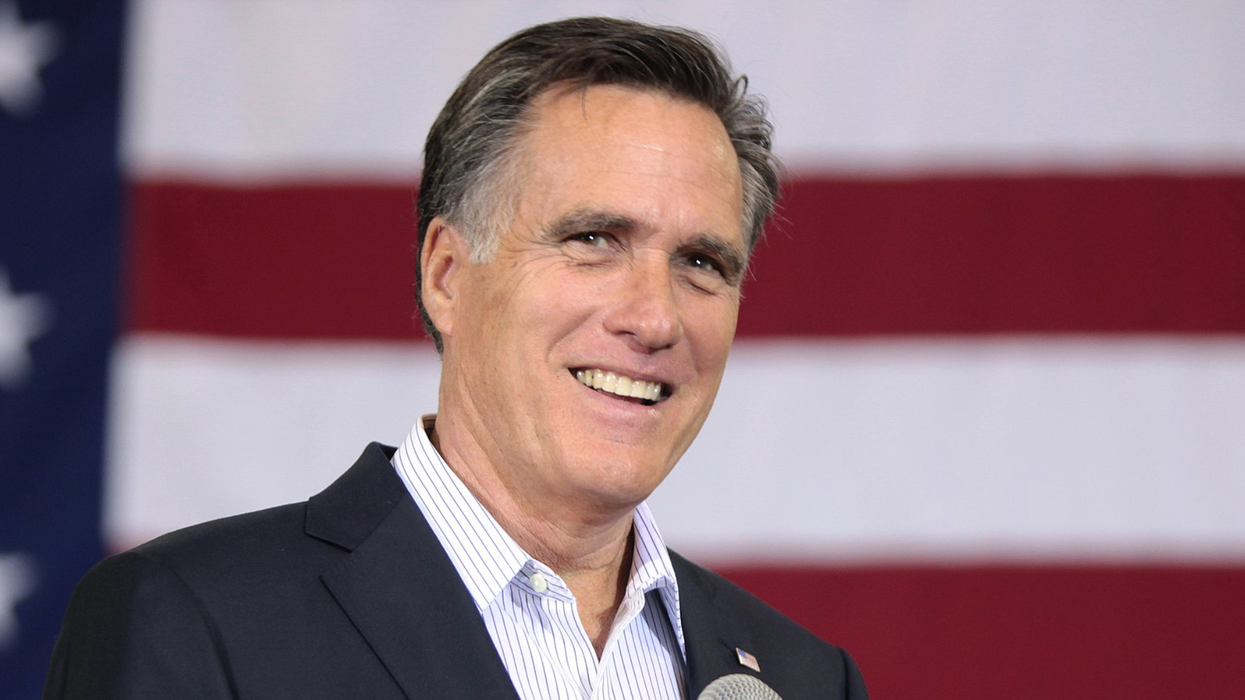 The most revealing decision in the Senate during the vote on the $1.9 trillion covid relief/economic stimulus package came not from West Virginia's Joe Manchin but from Utah's Mitt Romney, who voted against the bill like every Republican did.

That should end any illusion that Romney or supposedly serious-centrist Republicans will make helping vulnerable Americans a priority above returning the GOP to power in Washington, DC, and should serve as a reminder that Manchin is a real ally, even if he will continue giving those on the left heart burn for the next couple of years. It would be foolish for progressives to not understand or acknowledge that reality.

It's just the latest example of what has become a clear pattern.

During times of national crisis, the Democratic Party, for all its many faults, will expend political capital to push ideas, policy and legislation that assist the downtrodden more than the rich. That they haven't always done so outside of emergency situations or too frequently have succumbed to the power of money in politics nearly as much as their Republican counterparts have doesn't change that fact.

Every Republican in the Congress represents people in great need during a once-in-a-century pandemic, a period in which true unemployment is probably double figures and we remain nearly 10 million jobs below our peak. Yet they fail to act.

Neither does their inability to make good on their pledge to raise the minimum wage to $15 per hour in the American Rescue Act (still pending). Democrats must not be allowed to forget the need to implement a more sustainable way to help the poor, to shore up voting rights, which are under constant attack by the GOP, or to bring the undocumented out of the shadows, which would help low-income Americans by putting upward pressure on wages. They must be pressured to demand that President Joe Biden drop fewer bombs in the Middle East and build more bridges here.

But in this case, what Democrats did should be celebrated.

It's a repeat of what the Republican Party did early in the Obama era. The United States was facing what was then the greatest economic crisis since the Great Depression. No matter. Republicans bragged about providing almost no support for what was then the largest economic stimulus plan in our nation's history. Then they bragged about providing zero votes for the Affordable Care and Patient Protection Act, a law that has since saved countless lives and improved millions of others.

I had been told that men like Romney are serious, true statesmen, that they would always put country above party. And yet, Romney did what every other Republican did on this bill. It wasn't because they took a principled stand against supposedly excessive spending or out of concern for the record-level deficit. This isn't like when Democrats voted en masse against Trump tax cuts heavily weighted toward the wealthy during a growing economy. Every Republican in the Congress represents people in great need during a once-in-a-century pandemic, a period in which true unemployment is probably double figures and we remain nearly 10 million jobs below our peak.

They cared about none of that. All they cared about was positioning themselves to retake the Congress in two years and maybe the White House in four.

Guess who cared? Joe Manchin and Kyrsten Sinema and every other moderate Democrat in the Senate whom the progressives love to hate. They can—and should—be pushed to do more. But what they have already done should not be ignored.