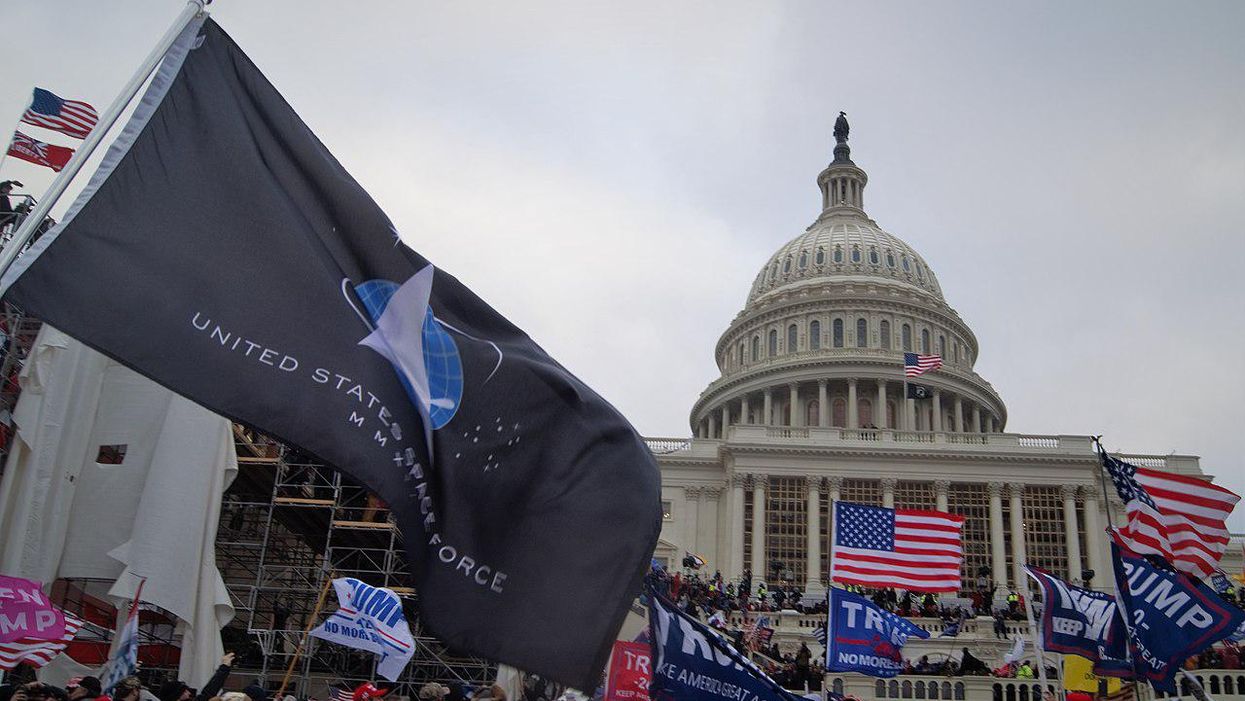 Supporters of President Donald Trump near the U.S. Capitol Building on January 6, 2021, Tyler Merbler
The bizarre link to hydroxychloroquine at the Capitol riot
Meaghan Ellis
February 25, 2021

A former New York Police Department officer facing charges for his involvement in the U.S. Capitol riots is now making headlines for the hypocrisy in his actions given his previous work during the terrorist attack on 9/11.

According to The Daily Beast, Thomas Webster, a 54-year-old former police officer for the NYPD, who once described himself as a "victim of terrorism" after guarding the remains of the World Trade Center, is now considered to be on the opposite side of the law. Based on the criminal complaint, Webster is accused of "attacking a District of Columbia police officer 'like a junkyard dog.'"

In a video of the U.S. Capitol riots on Jan. 6, Webster could be seen "wielding a metal flagpole and seeking to tear off the cop's gas mask with such ferocity that he became known online as 'the eye gouger.'" A supervisor for the law enforcement agency criticized Webster's actions noting that he has now taken a stand against the very principles he previously worked to protect.

"I look at it as a further desecration of all first responders," said the official, who spoke anonymously. "It's taken 20 years, but he managed in my view to be as guilty as any terrorist or terrorist wannabe. You are attacking the very principles of our existence: democracy, the Constitution, the Capitol."

Webster's professional background comes to light as details about his arrest also surface. The criminal complaint, filed by the Federal Bureau of Investigation (FBI), detailed Webster's actions at the U.S. Capitol.

The complaint continues, "After berating N.R., Webster can be observed aggressively shoving the metal gate into N.R.'s body... Webster then raises the metal flagpole above his head and forcefully swings downward, striking the metal barricade directly in front of N.R."

"Webster then attempts to attack N.R. by lunging toward him with the metal flagpole. Webster strikes at N.R. with the flagpole numerous times. N.R. is eventually able to wrest the weapon away from Webster's clutch before N.R. falls to the ground. N.R. quickly stands back up, and begins retreating further behind the metal barricade."

Webster is facing a total of six charges including "attacking a federal officer."

He is currently being held without bail. U.S. Magistrate Judge Andrew Krause expressed a stark level of disdain for Webster's actions due to his previous history in law enforcement.

"The conduct on the video does shock the conscience," said Krause. "It makes it particularly troubling and perplexing to weigh that impressive resume of public service against what we see in this video. What we see in this video is a person who flat out attacks a law enforcement officer, first verbally and then with a metal pole that he swings repeatedly."