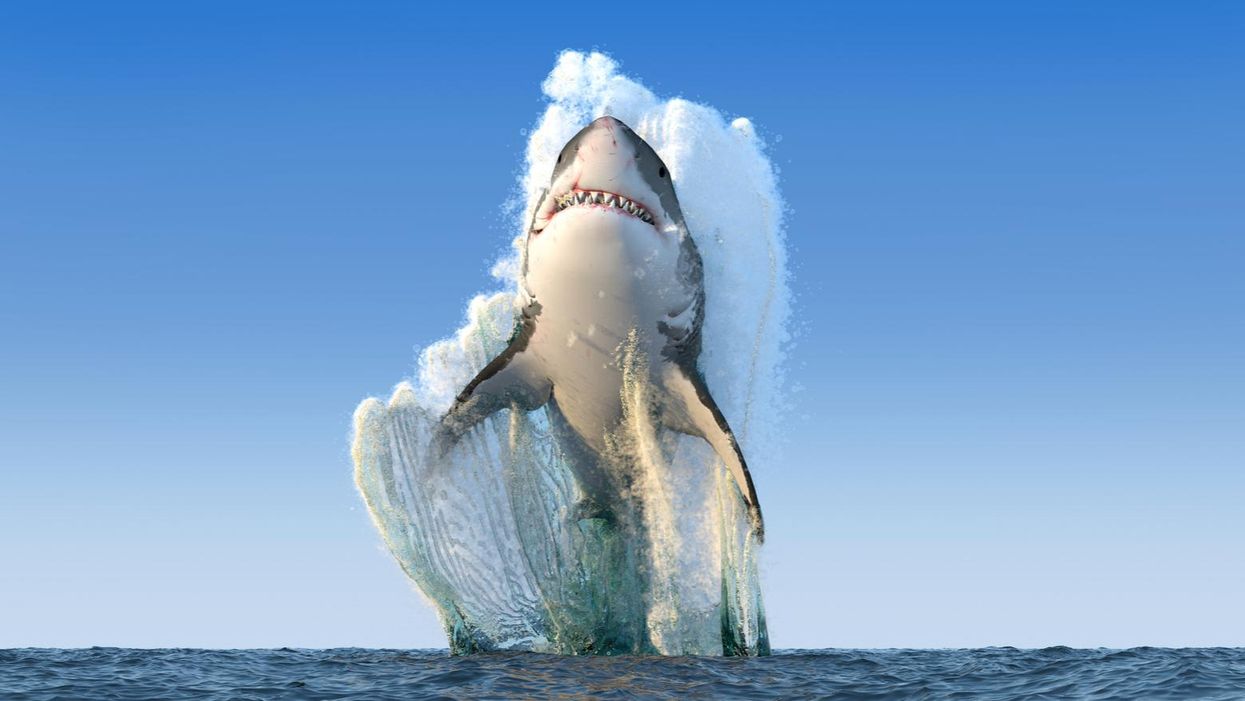 Warming oceans—a key meausure of the climate crisis—are forcing great white sharks into colder waters, where they are causing a devastating decrease in wildlife populations, according to new research reported Tuesday by The Guardian.

The study, led by researchers at the Monterey Bay Aquarium in California and published in Scientific Reports, found that unprecedented sightings of juvenile great white sharks in the northern part of Monterey Bay prove a lack of suitable thermal habitat is driving the predatory fish into waters that were previously too cold for them.

Record ocean heating, including a 2014-2016 Pacific heatwave, has pushed young sharks to move more than 370 miles northward along the California coast since 2014. Between 1982 and 2013, the northernmost limit of juvenile great whites' range was near Santa Barbara, over 200 miles south of Montery Bay. After the heatwave, their range shifted as far north as Bodega Bay, about 330 miles north of Santa Barbara.

The study found that great white predation of sea otters in Monterey Bay has led to an alarming 86% drop in the mammals' population there, threatening decades of efforts to conserve the threatened species.

"White sharks aren't just another species—they're an apex predator and all eyes are on them in the ocean," Kyle Van Houtan of the Monterey Bay Aquarium told The Guardian. "The sharks are not the problem—climate change is the problem."

"The sharks are telling us that the ocean is changing," said Van Houtan, "and it's now time for us to do something about it."

Van Houtan said in a statement that "we need to act on climate change and reduce our reliance on fossil fuels."

Chris Lowe, a co-author of the study and director of the Shark Lab at California State University, Long Beach, said that the researchers' findings are "what many biologists have expected to see as the result of climate change and rising ocean temperatures."

"Frankly, I'll be surprised if we don't see this northerly shift across more species," he said.

Van Houtan concurred, noting that global heating is pushing many species toward the poles and that "what we've detected here is just a harbinger of much broader patterns."

Professor Malin Pinksy of Rutgers University in New Jersey called the study—in which he did not participate—"a particularly attention-grabbing example of the mass movement of marine life that's happening off our coasts right now, involving everything from mangroves to cod."

The presence of great white sharks in colder waters is also raising concerns about dangerous encounters with humans. Lasy May, a surfer was killed by one off the coast of Santa Cruz County in an area covered by the study, although researchers note that overall, California shark attacks have plummeted in recent decades.

"I've seen sharks right under surfers, just a few feet away," Chris Gularte, chief pilot with the Watsonville-based tour company Specialized Helicopters, told the Mercury News in San Jose. "When the water is warm and they come in the bay, you can see them swim near people all day long. Standup paddlers and kayakers will go right up to them and not realize they are there."

Indeed, Pinsky said that "climate change is scrambling our ocean ecosystems and sometimes it produces surprises with a whole lot of teeth."