Arizona Republicans threaten to arrest fellow GOPers if they don't turn over ballots for another recount: report 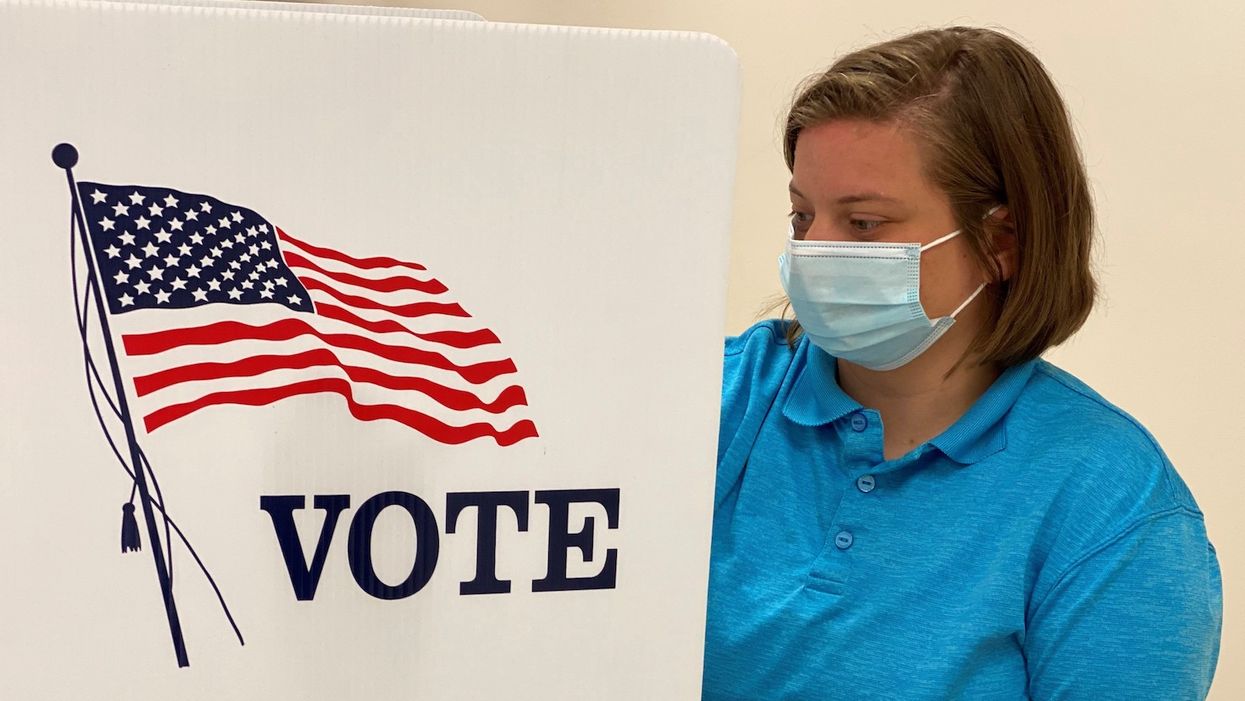 Reserve Officer Training Corps (ROTC) Cadet Alyssa Skorich sanitizes a voting station at the Anthony Stratton Building in Lawrenceburg, Ky., June 12, 2020. Skorich, a student at Eastern Kentucky University assigned to the 103rd Brigade Support Battalion in Harrodsburg, Ky., is part of the Kentucky Guard's effort to assist the state's on-going response to the COVID-19 pandemic.
Tom Boggioni
and
Raw Story
February 08, 2021
According to a report from USA Today, the Republican majority in the State Senate is threatening to arrest members of the Maricopa County Board of Supervisors if they don't turn over copies of mail-in ballots and voting machines so they can conduct another vote count of the 2020 presidential election results that led to Doinald Trump losing.

The report notes that the Maricopa board is also predominately Republican but that hasn't stopped state senators from going after them.

"The Arizona Senate, controlled by Republicans, has threatened to hold the supervisors, nearly all Republicans, in contempt for not responding to subpoenas asking for copies of all the county's mail-in ballots and access to voting machines. The Senate wants to perform its own audit," the report states. "Some senators have even threatened to arrest the supervisors over the matter, and the body could vote on the contempt resolution as early as Monday."

The report notes that "For the hand count, the county examined ballots from 2% of vote centers, as well as 5,000 early ballots, and found that the county's voting machines counted the ballots with 100% accuracy. Political parties appointed representatives to select which vote centers to audit, and they helped perform the hand count," and that tests showed that, " machines operated without error."

According to USA Today, "The Senate wants a more thorough hand count of ballots. And they want to do it themselves – or to choose who will."