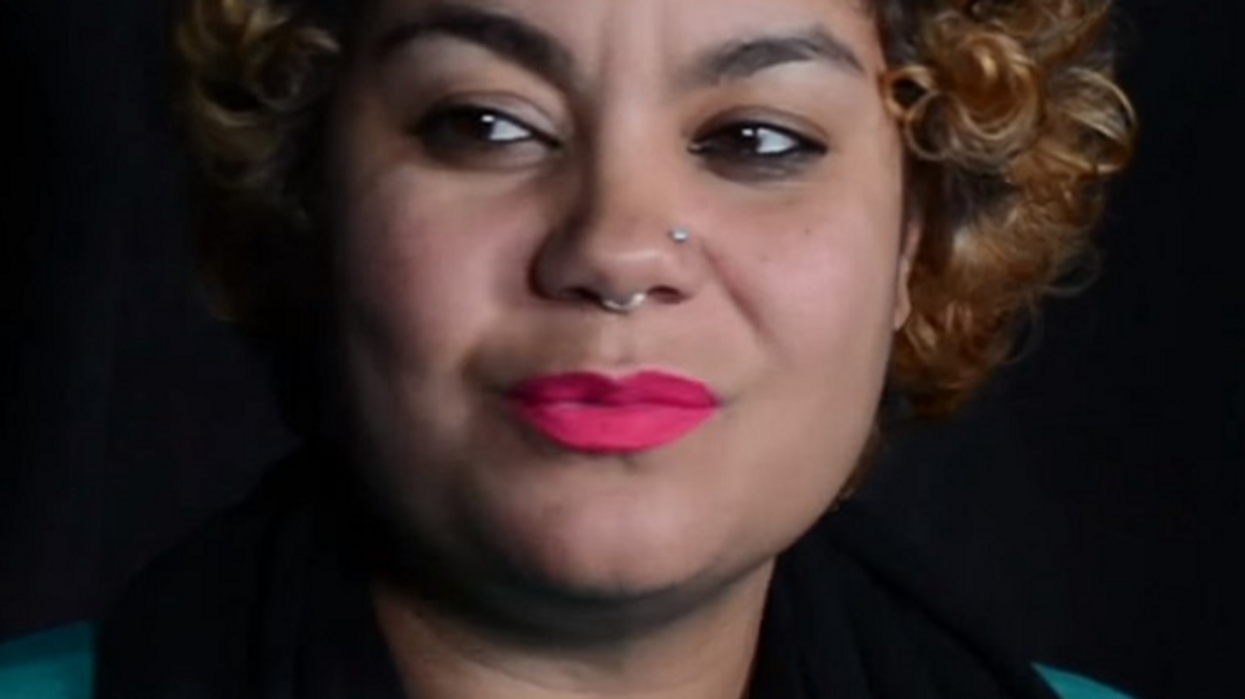 The visionary Black science-fiction writer Octavia Butler died 15 years ago on February 24, 2006, but her influence and readership has only continued to grow since then. In September, Butler's novel "Parable of the Sower" became her first to reach the New York Times best-seller list. We speak with adrienne maree brown, a writer and Octavia Butler scholar, who says Butler had a remarkable talent for universalizing Black stories. "She wrote about Black women and about Black feminism, about Black futures, but she wrote in a way that appealed to all human beings," says Brown.

MY GOODMAN: To talk more about Octavia Butler's legacy, we're joined by the writer and activist adrienne maree brown. She and the musician Toshi Reagon co-host Octavia's Parables, a podcast that dives deeply into Octavia Butler's books Parable of the Sower and Parable of the Talents. adrienne maree brown is also co-editor of the book Octavia's Brood: Science Fiction Stories from Social Justice Movements. She's joining us from Detroit.

It's great to have you with us, adrienne. In fact, the last time we had you on, we were talking about Octavia. If you can just briefly talk about her biography and then her significance in the world of literature, but also this visionary look at what's happening today?

adrienne maree brown: Yes. Well, thanks for the opportunity to share. I love speaking about Octavia. I'll talk about her every day if I can.

She gave us 12 novels and a collection of short stories. And she took us, as she took herself, from California. She drove across country to get her story for Kindred. She took herself north to Seattle. And one of the most famous stories, that we just heard about, The Parables, is her protagonist character making her way north.

And as Octavia learned and as she questioned and as she wondered how were humans going to find a way to survive on this planet, she asked those questions and brought them into the text. And in her text, we see all the ways that she was trying to answer those questions, trying to trouble the waters, trying to give us nothing easy, but something super compelling to look forward to. So, the work that she did, Walidah Imarisha and I, when we did Octavia's Brood, Walidah called it "visionary fiction," to look ahead at the future and then write ourselves in. And that's what Octavia was doing with all of her work.

AMY GOODMAN: And talk about her life, what led her to write. We've heard some of her describing that herself.

AMY GOODMAN: And the whole genre of Afrofuturism, what that means?

adrienne maree brown: Yeah. So, she talks about this, that when she was, I think, 9, 10 years old, she saw The Devil Girl from Mars, and she said, "I could write something better than that." And so she started to write things. She started to write her own short stories, her own novels.

And she had the idea for the Patternist series when she was quite young, and kept writing it, kept writing it. It ended up being her first novel. She wrote the series backwards. So, if you read the stories — I always love knowing that, that when you read The Patternmaster, that was the first one, but then she wrote backwards to find out the source of that story, how we would get there.

But she was a worker, so she was a laborer. She was always working. And her writing process would be waking up at 3:00 in the morning, because she needed to do it. She had what she called "positive obsession," a positive obsession with moving these stories out.

And I think it would be remiss of me not to say that, just like many of us, she was looking at the world around her and feeling terrified and feeling like, "How are we going to change this? What happens if this goes on?" And it led her to write things that ended up feeling very prophetic. You know, in the Parables, there's a president who runs for office on the slogan "Make America great." And there's a way that she took what was happening around her, what she saw as a very shy, introverted, powerful Black woman — with a super sexy underbite — she was looking at the world around her and figuring out, like, "How do I think about community? How do I think about organizing? How do I think about change?" And so, that's how she did it in her lifetime. She wrote it onto these pages for us.

Afrofuturism, I will say, is a thrilling — to me, a thrilling arena. And now there's African futurism. There's Black speculative fiction. There's all these arenas where, basically, Black people and people of African lineage are saying, "We were almost erased from the lineage. Right? People wanted to erase us and have us just be labor. We're writing ourselves back in. We're writing ourselves back in. We're creating stories that are rooted in African heritage and that articulate an African future." So, it's an exciting place. It's an exciting arc to be inside of as a creator.

AMY GOODMAN: She is also seen, obviously, as a deeply feminist writer. How are women, especially Black women, represented in her work? And how do they grapple with the real-world power structures? I mean, even the publishing world, you have this example of, in 1987, the publisher still insisted on putting two white women on the jacket of her novel Dawn, whose main character is Black.

But I think one of the things that was so powerful to me when I first picked up Octavia is that she wrote these strong Black feminine characters, these protagonists, who now you might look back and see the nonbinary, see the queerness, see other things in them, but at the time, she was writing these characters, and it was like, "Oh, there's young Black women, and they're leading."

And what happened over and over again in the stories, and you see this over and over again, is that people doubted their capacity not only to lead, but to be of use in any way. And then, her characters, rather than pushing, rather than fighting, they would turn inward. They would gather themselves and get aligned with what they thought. So, in the Parables, it's the Earthseed belief system. They would get aligned and be like, "I have a greater destiny than your oppression. And my destiny will take me beyond anything that your oppression can hold me from."

And then, over and over again, we watch those characters follow that path of destiny and take themselves and anyone who wants to come with them beyond, which I also think is important, because she wrote about Black women and about Black feminism, about Black futures, but she wrote in a way that appealed to all human beings. And I think that that, to me, is one of the essences of feminism. It's like, we're not saying we're better than or beyond. We're saying we are right here, equal to anyone else and able to lead as much as anyone else. So, she understood that. She wrote it beautifully.

AMY GOODMAN: adrienne maree brown, we want to thank you for being with us, co-host of the podcast Octavia's Parables — we will link to your podcast — and also co-editor of the book Octavia's Brood: Science Fiction Stories from Social Justice Movements.

On Wednesday, Symphony Space in New York will present an all-star celebration of Octavia Butler to mark the 15th anniversary of her death, and that will be virtually. You can check it out online.