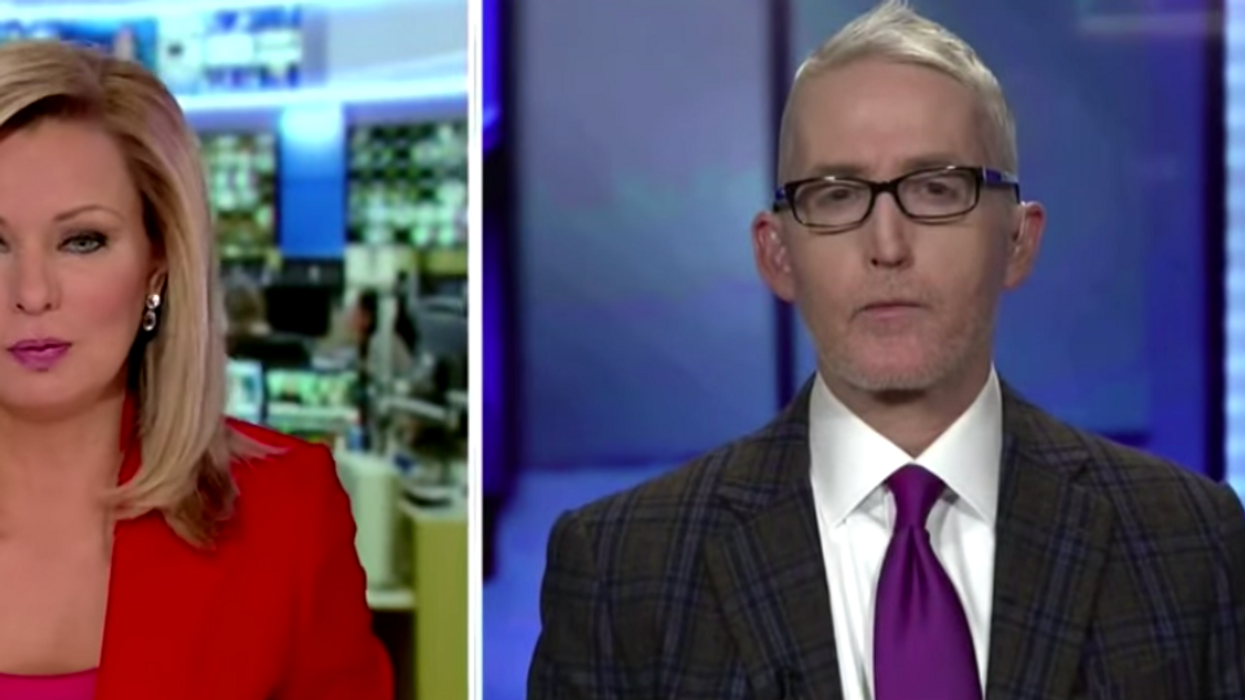 "I worked there for eight years, Sandra," Gowdy explained. "I never thought I would see Americans assaulting law enforcement officers, trying to break in to the people's House. Prosecute every damn one of them to the fullest extent of the law."

Smith wondered if more needs to be done to "secure the nation's Capitol."

"How could this happen?" she asked.

"You know, Sandra, I'm not a blame the police first person," Gowdy insisted. "I don't know how reasonably foreseeable it should be for cops, that tens of thousands are going to be told to go fight, that an election was stolen from them, to go fight, to blame Mike Pence, to blame Tommy Cotton and Ken Buck."

Smith interrupted with a disingenuous question: "Who is they? Who told them to do that?"

"Did you listen to the president's speech yesterday?" Gowdy challenged her.

"I did," Smith admitted.

"Then you tell me," Gowdy shot back. "What said that? Who said go fight? Who blamed Mike Pence? Who blamed Republicans? Who said the election was stolen?"

"Are you suggesting the president wanted them to do this, to scale the walls and invade the Capitol?" Smith pressed.

"Among my many limitations, Sandra, I can't tell you what was on the president's mind," Gowdy pointed out. "I can tell you that he said, let's march together to the Capitol. I don't think he marched with them. So I don't blame the cops when tens of thousands of people were told an election was stolen from them and then they decide to scale the walls of the people's House. I don't blame the cops for that! I blame the people who did it."

Smith concluded by asking Gowdy if Trump has a place in the future of Republican Party.

"I don't know," Gowdy shrugged. "If you want to ask me a really tough question. Ask me what the Republican Party stands for. It used to be law and order. It used to be things that I could rattle off for you. I'm not real sure anymore."