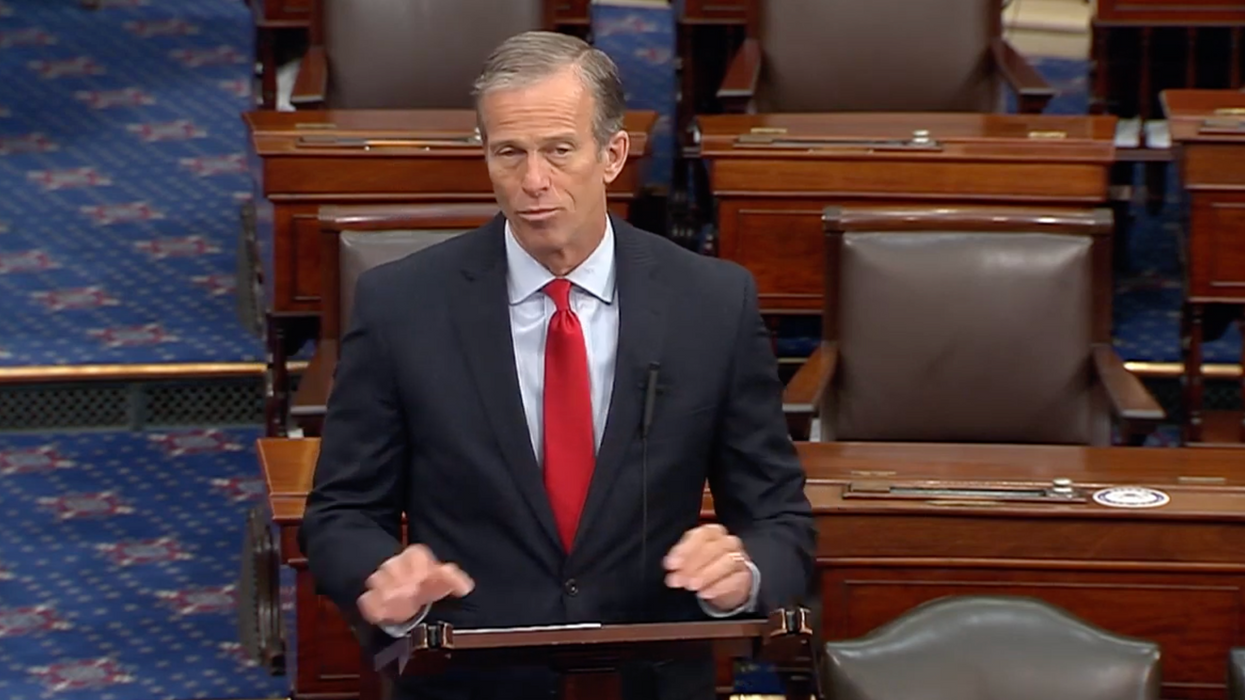 Just 24 hours before the inauguration of Democratic President-elect Joe Biden, Republican senators who did not hesitate to approve unpaid-for tax breaks for the wealthiest Americans and bloated Pentagon budgets over the past four years suddenly rediscovered their concern for the rising deficit and national debt Tuesday as Treasury Secretary nominee Janet Yellen made the case for a robust coronavirus relief package.

Republican lawmakers have been signaling a return to their hypocritical deficit-mongering for months, leading some to warn of a conscious GOP effort to impose crippling austerity on the incoming Biden administration in the name of "fiscal responsibility."

Sen. John Thune (R-S.D.) hinted in that direction during Yellen's confirmation hearing Tuesday, using his time to lament the "massive amount of debt that we continue to rack up" and complain that Congress appears "to have no concern" about the problem. In 2017, Thune was one of 51 Republican senators to vote yes on the $1.5 trillion Tax Cuts and Jobs Act (TCJA), which blew a massive hole in the deficit and disproportionately benefited the rich and large corporations.

As Yellen stressed the need for the federal government to "act big" in the face of twin public health and economic crises—pointing to historically low interest rates as further reason to spend without hesitation—Sen. Pat Toomey (R-Pa.) said "the ink is barely dry" on the previous $900 billion coronavirus relief measure and warned against another large stimulus package, specifically rejecting Biden's $1.9 trillion proposal.

Sen. Rob Portman (R-Ohio) told Yellen, the former chair of the Federal Reserve, that "we shouldn't get too comfortable" with low interest rates and called rising deficits "frightening," attributing them to the "mandatory spending side of the ledger"—an oblique reference to Medicare and Social Security.

Without acknowledging the connection between the 2017 GOP tax cuts and soaring deficits, Portman went on to defend the TCJA and claim it was a boon to the economy, a characterization not borne out by the data.

During Tuesday's hearing, centrist Sen. Michael Bennet (D-Colo.) pushed back on his Republican colleagues' deficit-hawkery, saying mildly that "we've made some poor choices in terms of what we've borrowed money to spend on."

"Two wars in the Middle East that lasted for 20 years that cost us something like $5.6 trillion, all of which was borrowed, none of which was paid for," Bennet said. "We cut taxes for $5 trillion, almost all of it to the wealthiest people in America. And we borrowed every penny to do that."

Progressives echoed Bennet's critique and condemned GOP senators for conveniently reviving their concerns about deficits and the national debt—which grew by $7.8 trillion during President Donald Trump's four years in the White House—on the eve of the inauguration of a Democratic president.

"Once again Republicans are resurrecting their 'deep concern' about deficits and debt," said Nina Turner, who is running to represent Ohio's 11th congressional district. "Shocking! Only seems to happen when we talk about investing in working people but never when they want to fund wars or give billionaires tax breaks. The people see right through this hypocrisy."

Rep. Bill Pascrell, Jr. (D-N.J.) tweeted that "with a Democrat about to become president, Republicans are now pretending to care about deficits and debts again."

"Let's not pretend to believe them this time," Pascrell added.

Americans for Tax Fairness, a progressive advocacy group, argued Tuesday that with the economy in shambles and growing increasingly unequal due to a "pandemic that has seen mass unemployment as billionaires profit," the incoming administration cannot skimp on relief in deference to the GOP's bad-faith warnings about the deficit.

"We cannot meet the moment and protect working families if we worry about the deficit," the group said. "Want to pay for it later? Tax the rich."