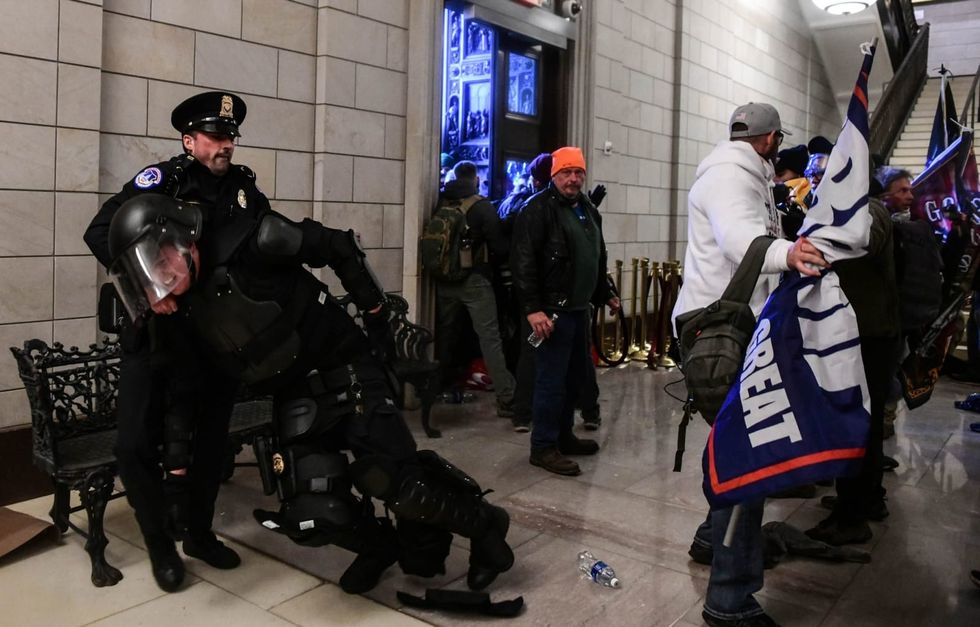 Pro-Trump protesters storm US Capitol - Police officers try to stop supporters of US President Donald Trump as they storm the US Capitol building where lawmakers were due to certify president-elect Joe Biden's win in the November election. - Miguel Juarez Lugo/ZUMA Wire/dpa
DPA
January 07, 2021

Washington (dpa) — Some 52 people were arrested as masses of angry pro-Trump protesters stormed the Capitol, Washington DC police chief Robert Contee said. Four people were arrested on weapons charges and 47 were arrested for violating the nighttime curfew which went into place at 6pm Wednesday. Contee went on to say that at least 14 police officers were injured in the clashes, two of them seriously. One of those officers was pulled into the crowd by protesters, where he was attacked and the second suffered significant facial injuries when he was hit by a projectile, he said. The protests bega...