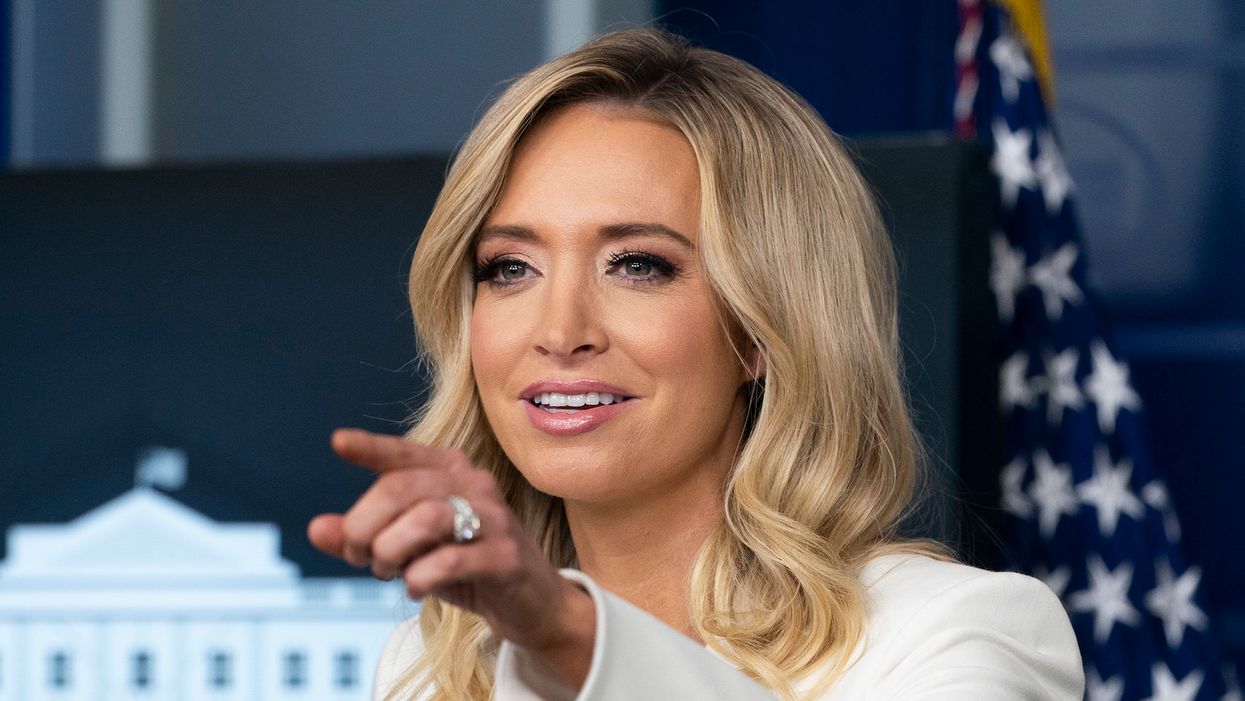 When Donald Trump's presidency officially ended on Inauguration Day, one of the people who left with him was former White House Press Secretary Kayleigh McEnany. Washington Post media critic Erik Wemple, in an Inauguration Day column, looks back on McEnany's final weeks in Trump's administration, calling her departure a "cowardly exit."

Wemple notes that the last time McEnany "appeared before the assembled press in the White House Briefing Room was on Jan. 7, the day after a violent mob stormed the U.S. Capitol Building."

"Speaking for the 'entire White House,' she plowed through a prepared statement deploring the actions of the rioters," Wemple recalls. "Then she closed her briefing book and bolted. In all, it took one minute and 50 seconds."

Wemple continues, "Even though the briefing was sparsely attended on account of coronavirus restrictions, the correspondents let out a roar as McEnany left the room. All of them had a question for her, and they yelled those questions at the same time. No answers came back."

The Post media critic goes on to say that Jan. 7 was a rare example of McEnany not being able to rationalize Trump's actions in some way.

"Over nine months as press secretary, McEnany showed great resourcefulness in minimizing and deflecting Trump's various outrages — a mission facilitated by her well-organized notebooks," Wemple explains. "Yet the Jan. 6 events presented her with a fresh outrage for which even she couldn't fashion a talking point or slap together a binder tab."

Wemple points out that McEnany's final weeks in Trump's administration were dramatically different from the end of Josh Earnest's final weeks as White House Press Secretary under President Barack Obama.

"Contrast McEnany's finale with that of Josh Earnest, who held the press secretary job at the end of the Obama administration," Wemple notes. "In his final appearance, Earnest reflected on his work at the White House, credited everyone who'd worked around him, listened as President Barack Obama offered a tribute — and took a whole bunch of questions from reporters. The whole thing lasted an hour. It was a graceful ending."

Wemple continues, "No such parting scenario was conceivable for McEnany. Her primary contributions consisted of amplifying Trump's lies and divisive rhetoric; repeating nonsensical talking points; reading specious closing statements at briefings; and, whenever cornered, attacking the media in absurd assertions of whataboutism."