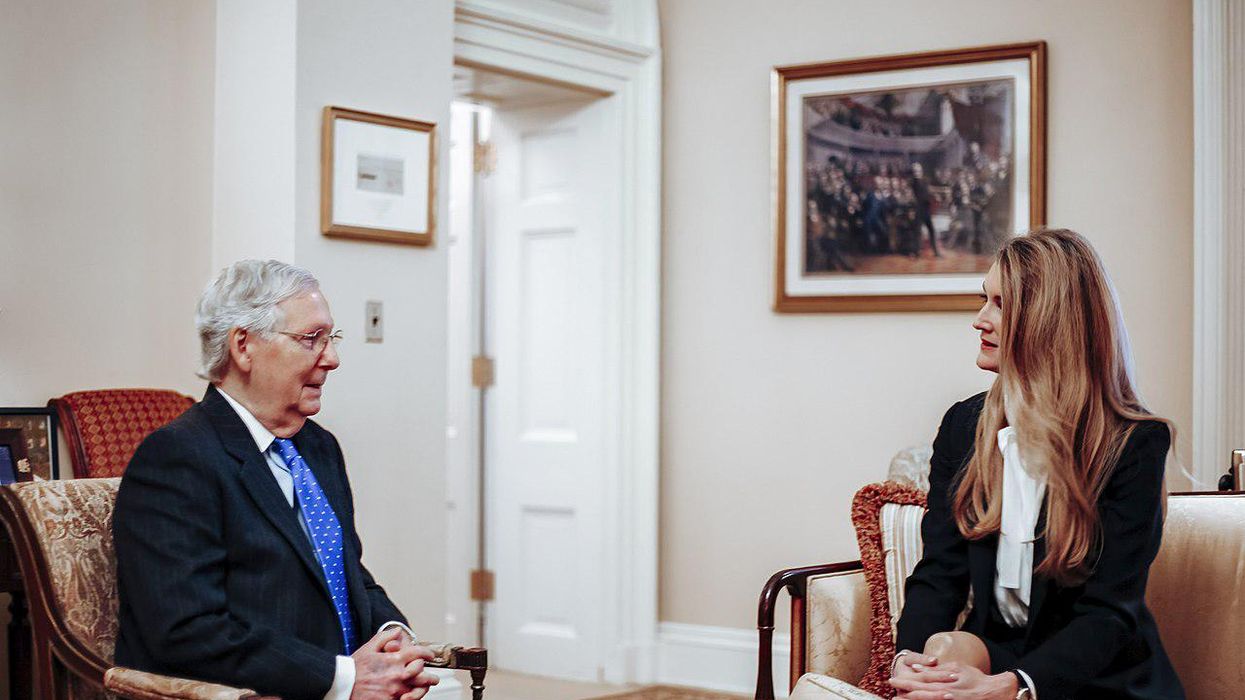 Democrats achieved an important victory when, on Tuesday night, January 5, the Rev. Raphael Warnock defeated incumbent GOP Sen. Kelly Loeffler in one of two U.S. Senate runoffs in Georgia — and Jon Ossoff, Georgia's other Democratic Senate hopeful, was leading incumbent Republican Sen. David Perdue in the vote count on Wednesday morning. A victory for Ossoff would give Democrats a majority in the U.S. Senate. And right-wing pundit Erick Erickson, in a video posted on Twitter, blames President Donald Trump's messaging for the outcome in the Georgia runoffs.

Trump, making a futile attempt to overturn President-elect Joe Biden's victory in Georgia, has been claiming that elections are rigged against Republicans in Georgia — a message that, Erickson stresses, did nothing to help either Loeffler or Perdue.

The message of Trump and his Republican allies in Georgia, Erickson says in the video, has been, "The race was stolen. The fix is in. You can't beat the Democrats without calling a special session of the legislature…. There's no way that we can win."

Erickson explains, "The president of the United States literally stood on stage in Dalton, Georgia on Monday night and told Republican voters, 'The deck's stacked against you. They're cheating and stealing it. Go vote anyway.' Well, those voters didn't go vote."

Erickson, in the video, goes on to say that some of the blame also goes to Republican Rep. Marjorie Taylor Greene — a QAnon conspiracy theorist who was elected to the U.S. House of Representatives via one of Georgia's most deep red districts in November.

"Marjorie Taylor Greene is the congresswoman for Northwest Georgia," Erickson notes. "She's a QAnon sympathizer, and she's been all over the place saying the race was stolen and the fix was in. And guess what: her congressional district, which has a massive amount of Republican vote, underperformed — significantly so. The worst-performing area of the state was Northwest Georgia for Republicans. They did not turn their vote out."

Erickson adds that Democrats did a much better job with voter turnout in Georgia's two Senate runoffs, arguing, "This was not the Democrats winning not so much as the Republicans surrendering…. This was them giving up, hoping for a better day later."