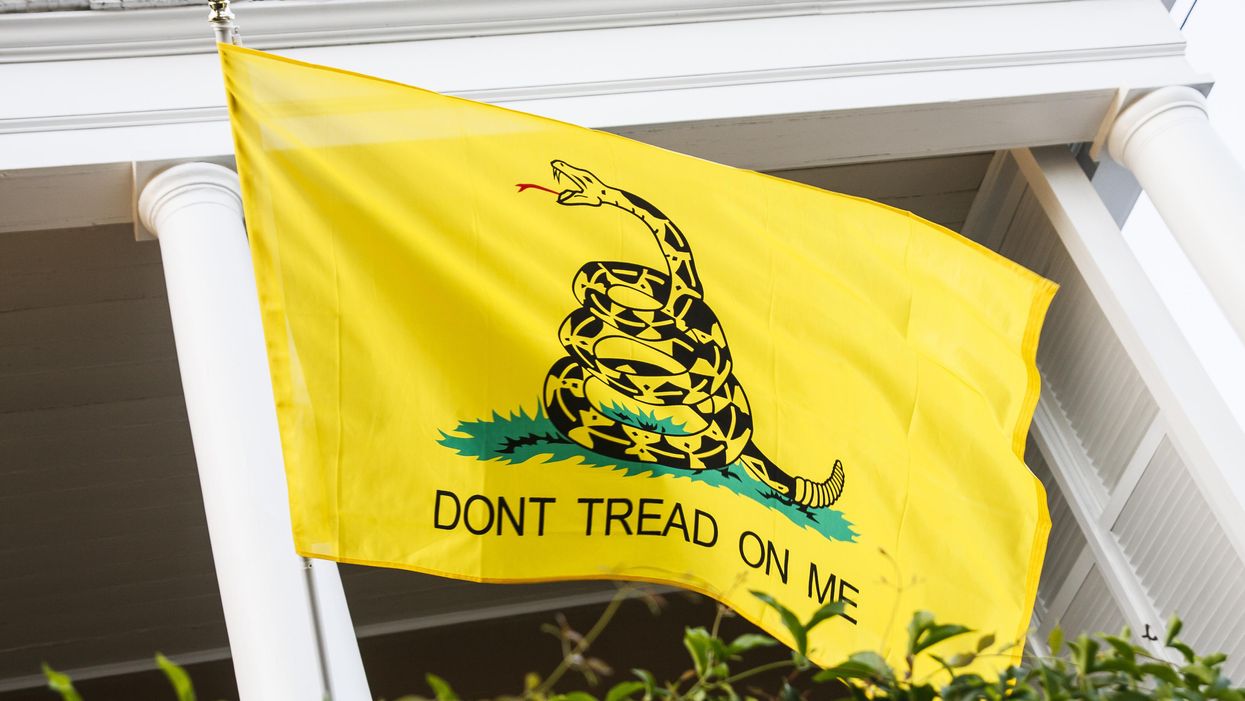 In addition to the police officer killed by pro-Trump rioters at the U.S. Capitol on Wednesday was 34-year-old Rosanne Boyland, a woman holding a "Don't Tread on Me" flag who was crushed and trampled to death by her fellow "patriots" (as the Trumps call them).

Boyland raided the Capitol along with hundreds of other insurrectionists. Her friend and fellow insurrectionist Justin Winchell told 9 News, "[Our fellow rioters] basically created a panic, and the police, in turn, push back on them, so people started falling. I put my arm underneath her and was pulling her out and then another guy fell on top of her, and another guy was just walking (on top of her). There were people stacked two-three deep… people just crushed."

Winchell said that paramedics tried to revive her but were unable.

Conservatives have adopted the American Revolution-era yellow "Don't Tread on Me" flag, also known as the Gadsden flag, as a way to oppose government intervention.

Boyland's brother-in-law Justin Law told the news outlet, "I've never tried to be a political person but it's my own personal belief that the president's words incited a riot that killed four of his biggest fans last night and I believe that we should invoke the 25th amendment at this time," adding, "Our family is grieving on every level for our country, for all the families that have lost loved ones or suffered injuries, for our own loss."

In addition to crushing a fellow insurrectionist, Trump's followers also killed a cop, Brian Sicknick, during their riot. Investigators are now opening federal murder charges into his death. So much for the "Blue Lives Matter" law-and-order crowd. Three others also died during the riots.

The FBI has since put out a wanted poster seeking 10 individuals caught on camera during the riots. Authorities are also combing through social media to identify the insurrectionists whose theft of government property may have caused a national security breach. Thus far, nearly 82 arrests have been made in connection with the coup attempt.