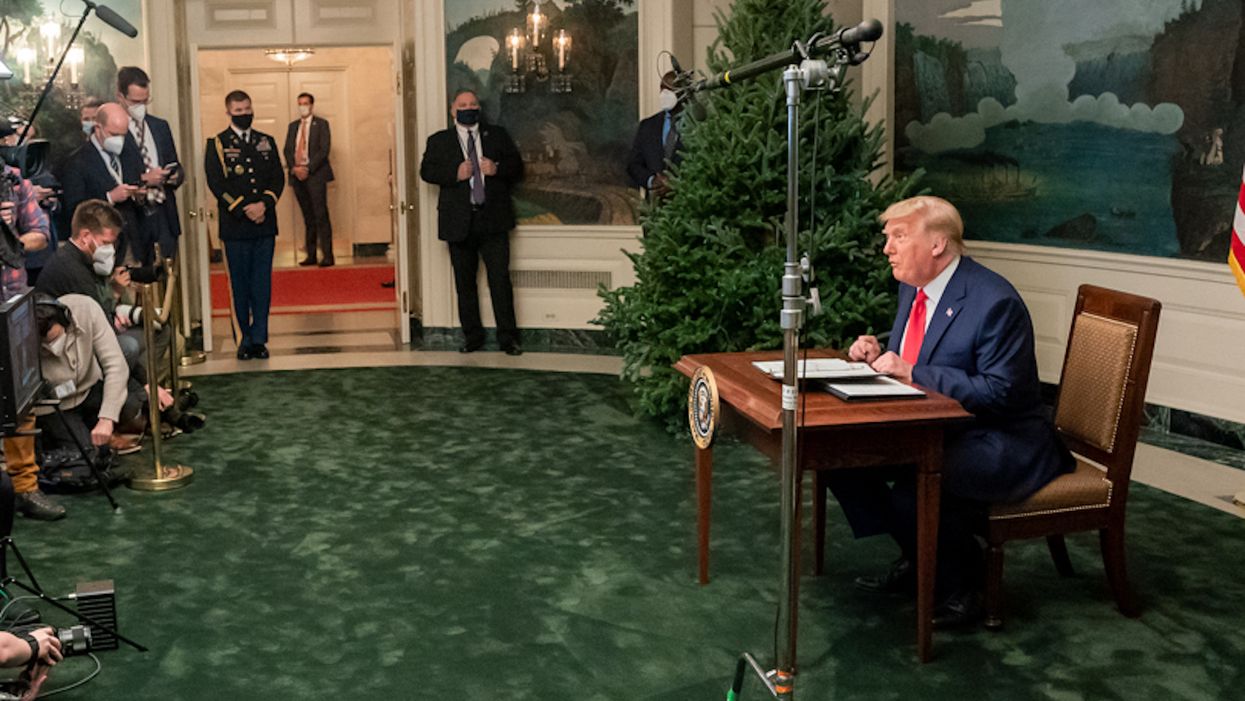 The presidential election is over and the Electoral College has affirmed President-elect Joe Biden's win. However, President Donald Trump still refuses to acknowledge the results of the election and, to make matters worse, the latest reports suggest that he is even considering refusing to leave the White House on Inauguration Day. So how might the Biden administration proceed if this happens?

According to Business Insider, it is a gray area that former Secret Service agents have been discussing. Since no United States president has ever had to be escorted out of the White House, there are many questions about how this might be done if the situation presents itself. According to a former DHS official who served under the Obama administration, this particular discussion has been a hot topic among former officials for the U.S. Secret Service and Department of Homeland Security.

While Biden's transition team has made it clear that trespassers would be removed, how does that work when the former president of the United States is the trespasser? The seemingly bizarre encounter would, no doubt, place many agents in a very awkward position.

"That's when you really get to the ultimate flashpoint," said a former senior official for DHS. "I can't imagine it ever getting to that point, but in this environment, there's a lot of firsts."

Since the government agency typically focuses on the protection of the president, there is also a strong possibility the agents may not want to be involved in the uncomfortable transfer of power.

One former Secret Service agent, who worked during previous presidential transitions, spoke from the perspective of agents. He also mulled over how such an encounter might happen as he raised questions about whether or not the president would be physically removed from the White House.

"We're not there to evict people; we're there to protect people," the former serviceman said. "I don't see the Secret Service going in there and knocking on the door and saying, 'Time to leave, sir. Checkout is at 11 o'clock.' Are they going to physically pick him up and do it?"

Douglas Smith, former Department of Homeland Security assistant secretary under the Obama administration, also touched on the role of the Secret Service with an example of how evictions work.