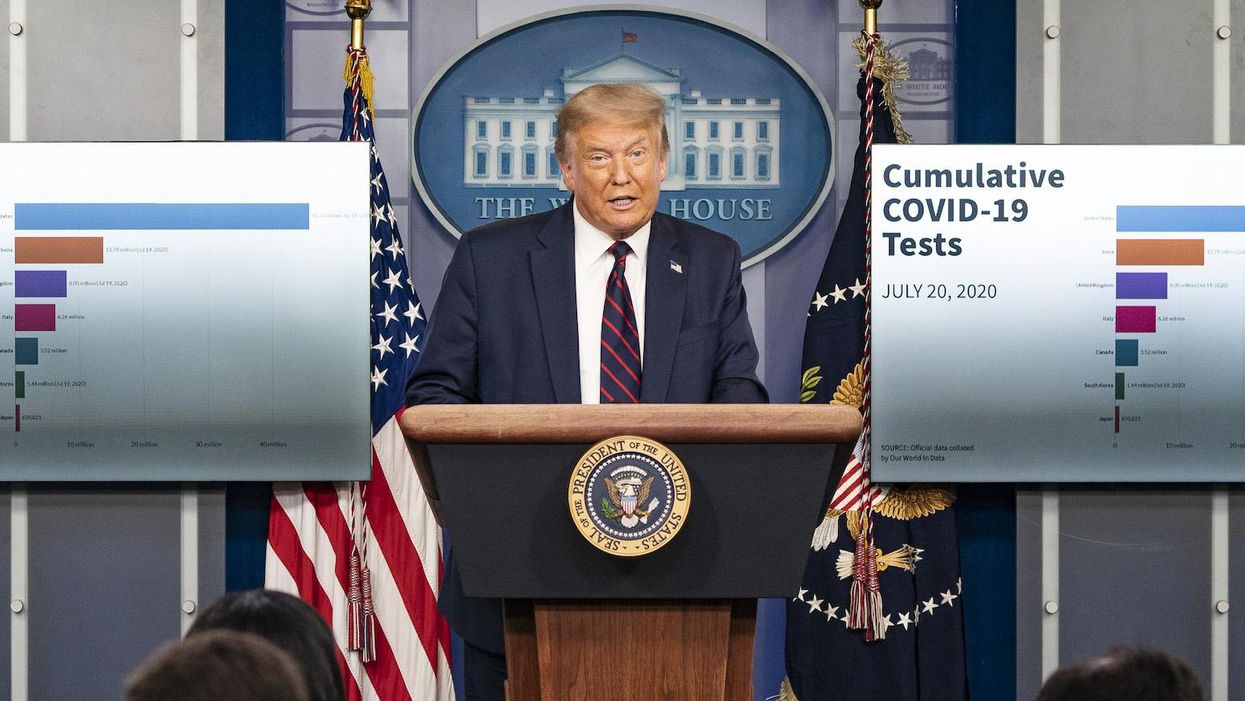 Did the COVID-19 pandemic doom Donald Trump's re-election? Our study examining the effect of COVID-19 cases on county-level voting in the United States shows that the pandemic led to Trump's defeat on Nov. 3.

Our analysis suggests that, all things being equal, Trump would likely have won re-election if COVID-19 cases had been between five and 10 per cent lower. In particular, Arizona, Georgia, Pennsylvania and Wisconsin — which President-elect Joe Biden won by a slim margin — would have remained red if cases had been five per cent lower.

Trump would have also added Michigan to this list if cases had been 10 per cent lower.

This finding is at odds with some initial news analyses that indicated regions with the worst COVID-19 outbreaks voted for Trump.

In fact, national polls and academic studies suggest that Trump's voters are significantly less likely to wear masks and comply with social distancing, which in turn increase the probability of outbreaks. So Trump voters in Trump-friendly jurisdictions, due to their aversion to wearing masks, had more dramatic COVID-19 outbreaks leading up to the election.

We estimated the effect of COVID-19 cases and deaths on the change in Trump's county-level share of votes between 2016 and 2020.

To account for potential alternative explanations, we included a large number of pandemic-related controls, including measures of social distancing, that captured differences in virus containment measures that might have affected cases and had an impact on Trump support.

In an attempt to measure the causal relationship between COVID-19 cases and votes for Trump, we used the share of workers employed in meat-processing factories associated with COVID-19 outbreaks as a source of external variations in COVID-19 cases. Doing so mitigated the risk of a spurious correlation between the incidence of the pandemic and Trump support.

We found that voters living in counties with a high number of COVID-19 cases were less likely to vote for Trump. This effect appears strongest in urban areas and in swing states. The strong results in cities are likely driven by suburban areas, where Trump performed much better in 2016 than he did in 2020.

These results suggest that some Trump voters may have switched to Biden because of the pandemic. In addition, we found no evidence that counties with a large increase in unemployment compared to the pre-pandemic period were more likely to switch from Trump to Biden. This last result seems to indicate that health concerns trumped — pardon the pun — economic conditions.

Now that we have an answer to our initial question, how can we explain these results? There are two possible explanations as to why the pandemic decided the 2020 presidential election.

On the one hand, voters may have electorally sanctioned Trump for how he handled the pandemic. Prior to the pandemic, the U.S. economy was performing well, and Trump, while extremely polarizing, enjoyed strong support among Republican voters.

The virus changed the narrative, and Trump's response was widely criticized. He consistently downplayed the risks of the disease, refused to embrace basic health precautions such as masks and repeatedly criticized epidemiologists and scientists, including those advising him.

His response, in contrast to leaders in other developed democracies, was profoundly unsuccessful, as the recent dramatic surge of cases has demonstrated once more.

This explanation is in line with a well-established theory in political science: retrospective voting. In a nutshell, that's when citizens evaluate and vote based on their perceptions of the incumbent's performance. If incumbents are perceived as incompetent, citizens vote them out of office.

While intuitive, this theory has not been always empirically true. However, it does seem to have some value in explaining the outcome of the 2020 presidential election.

On the other hand, some voters may have switched to Biden from Trump due to the pandemic-fuelled recession. A severe public health threat and major economic losses may have shifted preferences in favour of an expansion of the social safety net, including health care and unemployment insurance programs.

Since the Democratic Party and its presidential candidate are more likely to champion these policies, Biden reaped the electoral benefits of this switch in voters' preferences.

For instance, there is evidence that people growing up in a recession are more likely to favour state intervention and large social welfare programs.

This second explanation would be good news for the Democratic Party even in subsequent elections, when, hopefully, the pandemic will not dictate the narrative of the campaign but may still be fresh in the memories of voters.