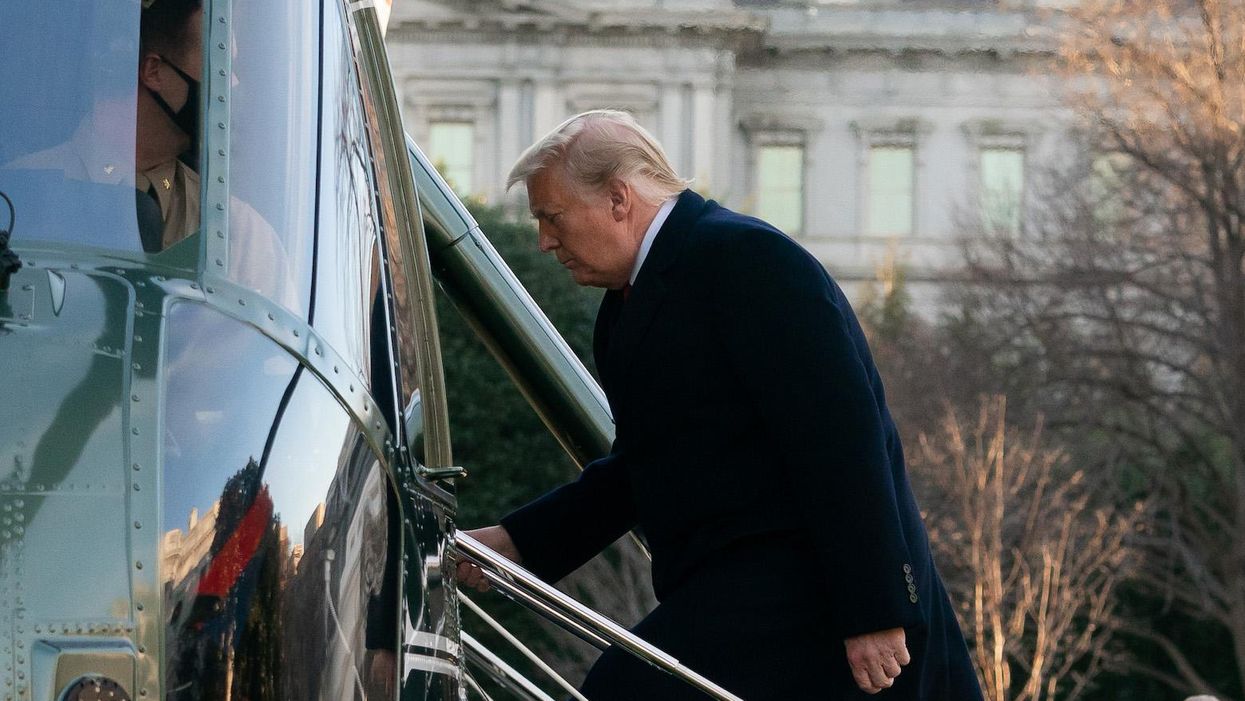 Bill Kristol, like Charlie Sykes and many of his other colleagues at the conservative website The Bulwark, has been expressing his concerns about things that could go wrong before President-elect Joe Biden is inaugurated on January 20. In a Twitter thread posted on the last day of 2020, the Never Trump journalist offers some reasons why Americans "should not panic but should worry, even be a bit alarmed" during this lame duck period. And Kristol describes his concerns as the three I's: Iran, the Insurrection Act and "insanity."

"I've been speaking with former Trump Administration officials and with other former senior national security types who remain plugged in to the Pentagon," he said.

Kristol, a neocon who is known for his hawkish views on foreign policy, notes that January 3 will mark the first anniversary of the death of Gen. Qasem Soleimani — who was a leading figure in Iran's military and the commander of the country's elite Quds Force. Soleimani was killed by a U.S. drone strike in Baghdad.

Kristol notes, "There is the prospect of Iranian retaliation, to which a U.S. response, or conceivably preemptive action, would certainly be legitimate." But he adds that he fears the possibility of Trump's administration "using an Iranian provocation to launch an action that's way beyond proportionate, as well as the possibility of simply inventing a predicate for U.S. action."

An "Iranian retaliation," according to Kristol, "wouldn't stop the transition or even endanger it" — the transition being Biden's inauguration — but the Never Trumper worries that it could "create an atmosphere of crisis and even chaos in which…. the Insurrection Act might seem more doable."

Kristol is referring to the Insurrection Act of 1807, which allows the president of the United States to deploy military troops and federalized National Guard troops under certain extreme circumstances. Contemplating the possibility of President Donald Trump invoking the Insurrection Act during his final weeks in office, Kristol tweets, "Even trying to invoke the Insurrection Act would create a full-blown constitutional and governmental crisis…. The only reasons to worry about this are that Trump apparently has (mentioned) this to allies in recent days, and, I'm told, the senior civilians at (the Department of Defense) have been asking around — just in case! — about how it would work."

Kristol adds, "Of course, Trump is encouraging his supporters to come to (Washington) D.C. on January 6; it's not at all unlikely there'll be turmoil, disturbances, perhaps violence, which would obviously be Trump's excuse for trying to invoke the Act."

January 6 is the day in which the U.S. Senate and the U.S. House of Representatives are set to meet for a joint session of Congress and vote to certify the Electoral College results, which found Biden winning 306 electoral votes.

The Bulwark co-founder wraps up his thread by discussing the "third I: insanity."

According to Kristol, "The third 'I' is kind of a catchall, meant to capture the real craziness of many of those with whom Trump is consulting, but also, of many of the newly installed Trump civilians in the Pentagon…. And even though the Trump appointees are serving in 'acting' capacities, and are totally out of their depth, they do have actual authorities that are worrisome. Their orders could be resisted or appealed or leaked or challenged as unlawful — but as one person put it to me, these civilian officials do have levers to pull or at least try to pull, and that's worrisome."