This election represented an unprecedented exercise in democracy 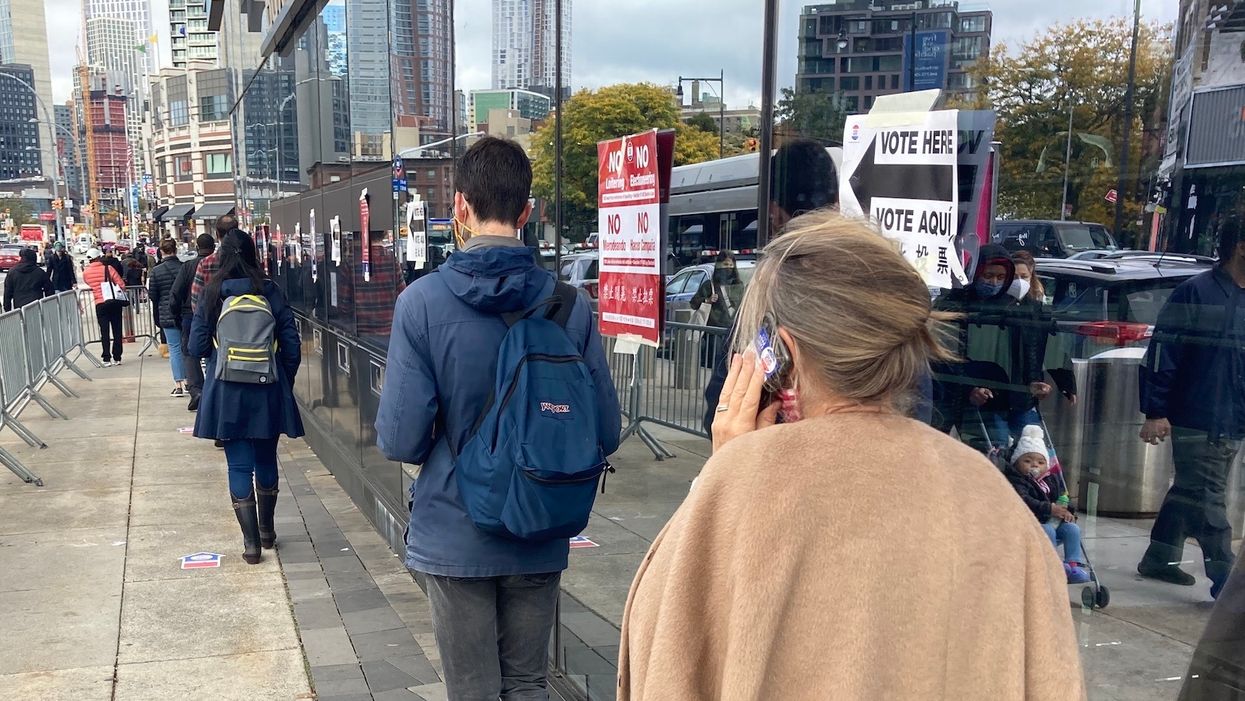 Ken Yatsko wrote hundreds of postcards and made thousands of phone calls as part of a campaign encouraging fellow union members to perform their civic duty during Election Day on November 3.

And having done his part to generate a record turnout, Yatsko now expects every vote to be counted.

He and other Americans witnessed an unprecedented exercise in democracy as legions of patriotic voters braved COVID-19, long lines at polling places and other hardships to cast ballots in a crucial election.

Now, it's essential to bring the process to its fair and proper end, one that respects the sacrifices voters made—the risks they took—to put the nation on the road to change. That means accurately counting all 160 million ballots—the most ever cast in a presidential election—and ensuring every voter's voice is heard.

"The people have spoken," noted Yatsko, a U.S. Steel retiree and the vice president of the Steelworkers Organization of Active Retirees (SOAR) Chapter 7-1, who was still making get-out-the-vote phone calls on the eve of the election. "The will of the people is that you count the votes, and add them up, and you have a winner."

The surging turnout rate—the highest for a presidential contest in more than a century—reflected Americans' demand that the nation finally mount a comprehensive fight against the deadly COVID-19 pandemic and take decisive steps to rebuild the country's broken economy.

Joe Biden, who unveiled an aggressive strategy for leading the nation's recovery, received more votes than any presidential candidate in history.

Because Biden urged his supporters to vote remotely because of the pandemic, it's taking local election boards longer than usual to tabulate an unprecedented number of mail-in votes.

Elections officials knew this would be the case—and let the public know—well before Election Day. Now, to uphold democracy, these officials need to take as much time as necessary to perform a comprehensive, accurate count.

"Let the process play out," urged Tom Treisch, a longtime United Steelworkers (USW) member and Republic Steel retiree who cast his own ballot by mail because of health concerns. "It's the American way. It's the way we've always done it."

Although many Americans cast mail-in ballots for the first time this year, Treisch noted that this practical and secure form of voting is nothing new.

More Americans use mail-in ballots every year. They give a voice to members of the armed forces serving overseas, Americans living abroad and other voters unable to make it to neighborhood polling places because of work or illness.

And while Americans may be accustomed to the media projecting the outcomes of races on election night, based on partial returns, the reality is that election boards really keep counting votes for days and even certify results weeks down the road. The need to tabulate mail-in votes, which election workers must manually remove from their envelopes, is one reason the process lasts longer than voters think.

The elections officials who responsibly handled long lines and other challenges at the polls on November 3 will prove just as diligent in properly counting the remaining ballots in the coming days.

"They've been doing this for years," Treisch said, noting most are decent working people just like him. "They want to be honest. They want to see things work."

Dorine Godinez, a member of SOAR's executive board and a former worker at ArcelorMittal, expected the flood of votes for Biden.

Disgusted with the mounting COVID-19 death toll and appalling unemployment rate, voters seized control of their destiny and put the nation on a path to recovery. Hardship stoked democracy's fire.

"Americans will step up, and they will fight," Godinez observed. "I think people had to do that now."

Godinez knows that Biden will follow the guidance of the doctors and scientists who know best how to combat COVID-19.

And because he helped save America's auto industry, oversee stimulus programs and rescue the economy after becoming vice president during the last recession, he has the experience necessary to put millions of workers back to work now.

"I think he's gone through so much tragedy in his own life that his compassion is genuine," Godinez said, noting Biden lost his first wife and two of his children. "Those experiences made him who he is today. Biden gives us hope."

Besides trusted leaders, what Americans need is greater solidarity to effectively fight the pandemic and revitalize the economy.

Yatsko noted that Biden not only called for unity but took a step in that direction by pledging to be a president for all Americans, even those who voted against him.

"You can't get any fairer than that," Yatsko said.