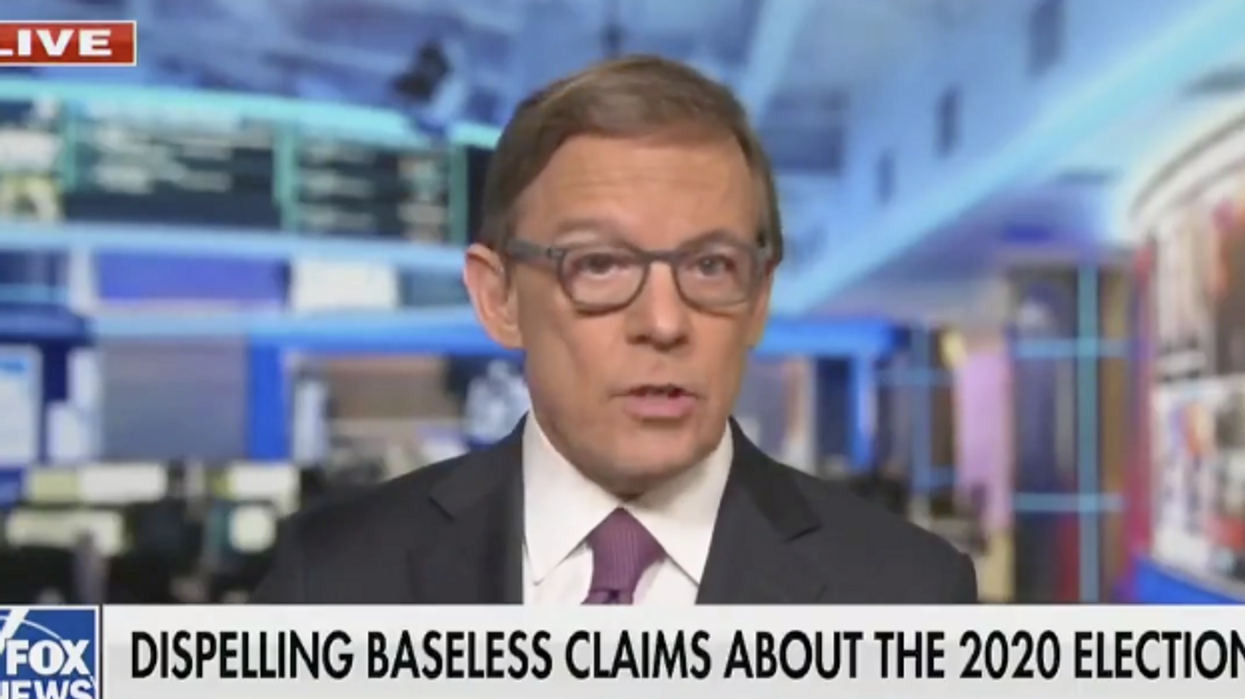 According to the U.S. Department of Homeland Security's Cybersecurity and Infrastructure Security Agency, "the November 3 election was the most secure in American history." Regardless, many of President Donald Trump's boosters in right-wing media continue to promote his baseless claims of widespread voter fraud in the 2020 presidential election. A great deal of debunking has come from MSNBC and CNN, but on November 15, it also came from a more unlikely source: a Fox News anchor.

The far-right opinion hosts at Fox News and Fox Business — from Sean Hannity to Lou Dobbs to Laura Ingraham — haven't hesitated to promote Trump's bogus voter fraud claims. But the hard news divisions at Fox News and Fox Business, despite having a conservative slant, are less likely to traffic in nonsense conspiracy theories than the opinion hosts. And Fox News' Eric Shawn, who is part of Fox News' hard news division, offered a no-nonsense debunking after Maria Bartiromo devoted an entire show to promoting Trump's conspiracy theory.

Bartiromo featured two of Trump's attorneys: Sidney Powell and former New York City Mayor Rudy Giuliani, both of whom claimed that the election had been stolen from Trump.

Shawn, in contrast, aired video of Ben Hovland, a Trump appointee who chairs the U.S. Election Assistance Commission, saying, "The reality is, this the most secure election we ever had, and it was one of the most well-run elections we've ever had…. The American people made their voice heard, and when we spread conspiracy theories and we don't back that up with facts, it has an impact."

Shawn addressed Trump's claim that his campaign was not allowed to observe the vote-counting process in Philadelphia, airing part of his November 12 interview with Philadelphia City Commissioner Al Schmidt — a Republican in a predominantly Democratic city. Schmidt told Shawn it was "totally untrue" that Trump's campaign was shut out of the vote-counting rooms at the Pennsylvania Convention Center in Center City Philadelphia, and when Shawn asked Schmidt if he's seen any evidence of voter fraud in Philly, the Republican responded, "I have not."

Shawn also addressed claims that the Denver-based company Dominion switched votes for Trump to votes for President-elect Biden, noting that Dominion has no affiliation with the Democratic Party. And the Fox anchor went on to say, "election officials across the country insist, as of today: there is no evidence of any widespread fraud affecting the outcome of the presidential election — that our precious democracy was not tampered with, and that such baseless and false claims are an insult to the thousands of elections officials and workers across the country who we have seen dedicating themselves, 24/7, to insure a fair and free election for all of us."