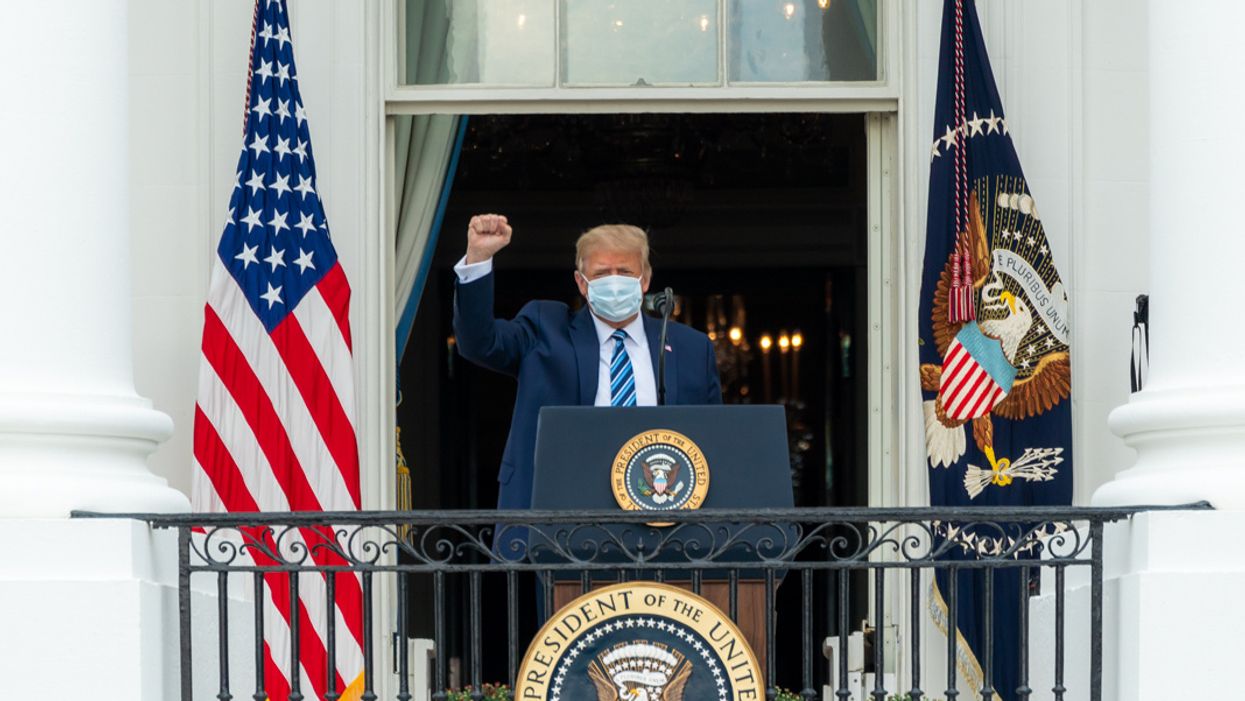 President Donald J. Trump address a gathering of peaceful protesters in support of law and order from the Blue Room Balcony on the South Lawn of the White House Saturday, October 10, 2020, in his first official event since recovering from the coronavirus. (Official White House Photo by Shealah Craighead)
Alex Henderson
November 03, 2020

On Election Day, New York Times reporter Maggie Haberman tweeted that President Donald Trump and his allies planned to use part of the Eisenhower Executive Office Building in Washington, D.C. as a campaign "war room." She noted that doing so might be problematic under the Hatch Act, which prohibits employees of the executive branch of the federal government from participating in certain types of political activities while on the job. And a former ethics official had a vehement reaction.

Haberman, in a Twitter thread, reported, "Per two sources, the campaign has a 'war room' set up in the Eisenhower Executive Office Building. Trump is also going to be briefed in the residence and the Oval Office throughout the day by officials."

The Times reporter, in the same thread, added, "The building is taxpayer space and it's not clear how this works out under the Hatch Act."

Attorney Walter Shaub, after seeing Haberman's tweet, posted, in all caps, "ARE YOU FUCKING KIDDING ME WITH THIS, HENRY FUCKING KERNER??????" (Henry Kerner leads the Office of Special Counsel, which oversees enforcement of the Hatch Act. It's entirely separate from the Special Counsel's Office, which was led by Robert Mueller.)

Coming from Shaub, that tweet is a big deal. Shaub served as director of the Office of Government Ethics under President Barack Obama. He resigned early in Trump's term in protest of the president's refusal to adhere to basic ethics guidelines.

Presidential campaigns often set up "war rooms" on Election Day, but they do so in privately owned properties. The Eisenhower Executive Office Building, as Haberman noted, is a government building.

Another attorney, former federal prosecutor Renato Mariotti, saw Haberman's thread and tweeted, "Trump's campaign is using a building that is publicly owned and kept up with our tax dollars. Looks like a clear Hatch Act violation."