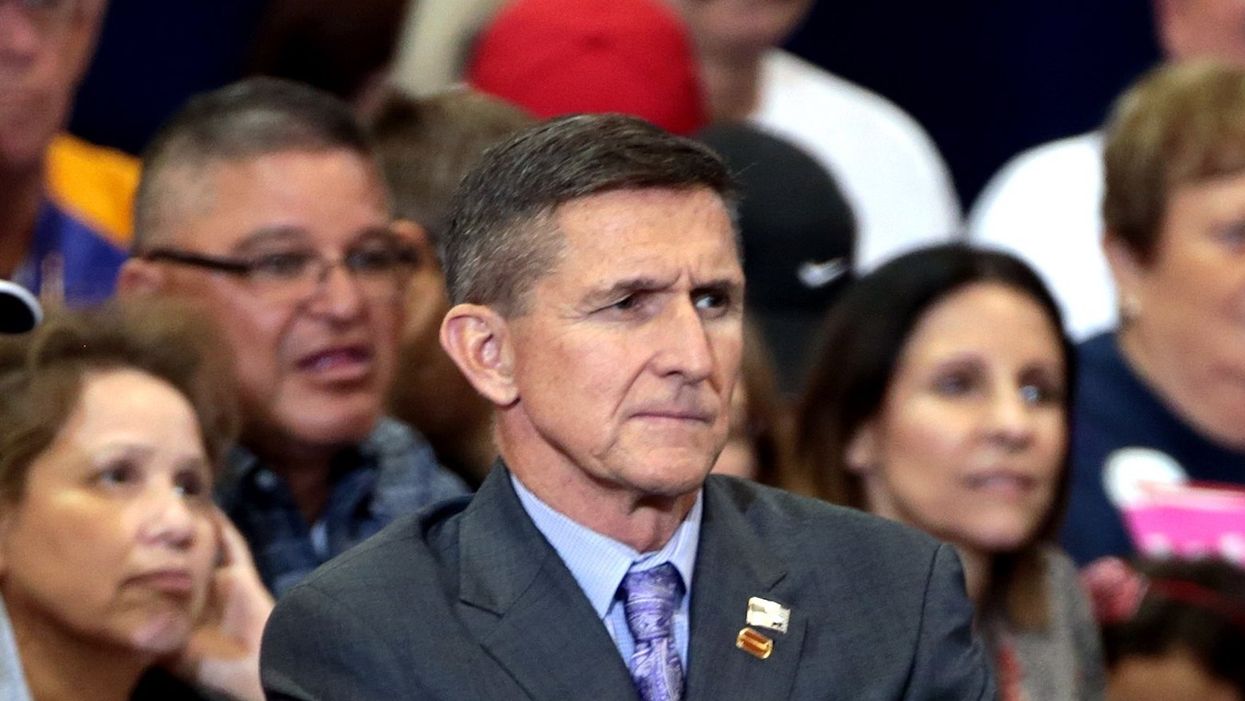 President Donald Trump on Wednesday announced a "full pardon" for his former National Security Adviser Michael Flynn, a key figure from the start of Russia investigation and the appointment of Special Counsel Robert Mueller.

Flynn had pleaded guilty to lying to the FBI about his contacts with the Russian ambassador during the 2016 presidential transition. The reason for his lying was never fully explained. He also admitted to working as an unregistered foreign agent for Turkey while serving on the Trump campaign, work that included publishing a ghost-written op-ed in The Hill that argued for extraditing an American resident who is seen as an enemy of the Turkish government. After admitting to his crimes, Flynn attempted to recant and withdraw his guilty plea, an issue which had yet to be resolved by the courts.

Trump was widely expected to give a pardon to Flynn, who has become a hero on the right for his perceived martyrdom in the Russia probe. Despite the fact that he admitted his guilt and there is strong evidence behind the charges, Flynn was seen by many conservative figures as wrongfully prosecuted.

It's not clear yet what conduct the pardon covers. Trump's tweet about the matter did not specify how the pardon is worded, which could be significant for any potential future case against Flynn.

Flynn's pardon follows Trump's Summer commutation of the sentence of Roger Stone, another of his allies who was charged by the Mueller team. Additional pardons for others involved or those charged in other cases may bet yet to come.

It's worth noting that the pardons undermine the whole point of having a special counsel, which is meant to protect sensitive cases that implicate the president's interest from the White House's influence.

In the Mueller report, the special counsel argued that the president's repeated suggestions that pardons may be awaiting Flynn, Stone, and others could constitute criminal acts of obstruction of justice. Trump's following through on giving these pardons could be seen as additional evidence for this crime.

In the case of Flynn, the report explained:

After Flynn withdrew from a joint defense agreement with the President and began cooperating with the government, the President's personal counsel left a message for Flynn's attorneys reminding them of the President's warm feelings towards Flynn, which he said "still remains," and asking for a "heads up" if Flynn knew "information that implicates the President." When Flynn's counsel reiterated that Flynn could no longer share information pursuant to a joint defense agreement, the President's personal counsel said he would make sure that the President knew that Flynn's actions reflected "hostility" towards the President.
---
On December 1, 2017, Flynn pleaded guilty to making false statements pursuant to a cooperation agreement.841 The next day, the President told the press that he was not concerned about what Flynn might tell the Special Counsel.842 In response to a question about whether the President still stood behind Flynn, the President responded, "We'll see what happens." Over the next several days, the President made public statements expressing sympathy for Flynn and indicating he had not been treated fairly. On December 15, 2017, the President responded to a press inquiry about whether he was considering a pardon for Flynn by saying, "I don't want to talk about pardons for Michael Flynn yet. We'll see what happens. Let's see. I can say this: When you look at what's gone on with the FBI and with the Justice Department, people are very, very angry."

During the presidential transition, incoming National Security Advisor Michael Flynn had two phone calls with the Russian Ambassador to the United States about the Russian response to U.S. sanctions imposed because of Russia's election interference. After the press reported on Flynn's contacts with the Russian Ambassador, Flynn lied to incoming Administration officials by saying he had not discussed sanctions on the calls. The officials publicly repeated those lies in press interviews. The FBI, which previously was investigating Flynn for other matters, interviewed him about the calls in the first week after the inauguration, and Flynn told similar lies to the FBI. On January 26, 2017, Department of Justice (DOJ) officials notified the White House that Flynn and the Russian Ambassador had discussed sanctions and that Flynn had been interviewed by the FBI. The next night, the President had a private dinner with FBI Director James Comey in which he asked for Comey's loyalty. On February 13, 2017, the President asked Flynn to resign. The following day, the President had a one-on-one conversation with Comey in which he said, "I hope you can see your way clear to letting this go, to letting Flynn go."

Trump's effort induce Comey to drop the case against Flynn, which the former FBI director made public after he was fired, was among the key events that prompted the appointment of a special counsel.

"Donald Trump has repeatedly abused the pardon power to reward friends and protect those who covered up for him. This time he pardons Michael Flynn, who lied to hide his dealings with the Russians. It's no surprise that Trump would go out as he came in," said Rep. Adam Schiff, who led the impeachment effort of Trump in the House of Representatives. "Crooked to the end."