Con man to the end: Most of Trump’s 'official election defense fund' to be used for his debts 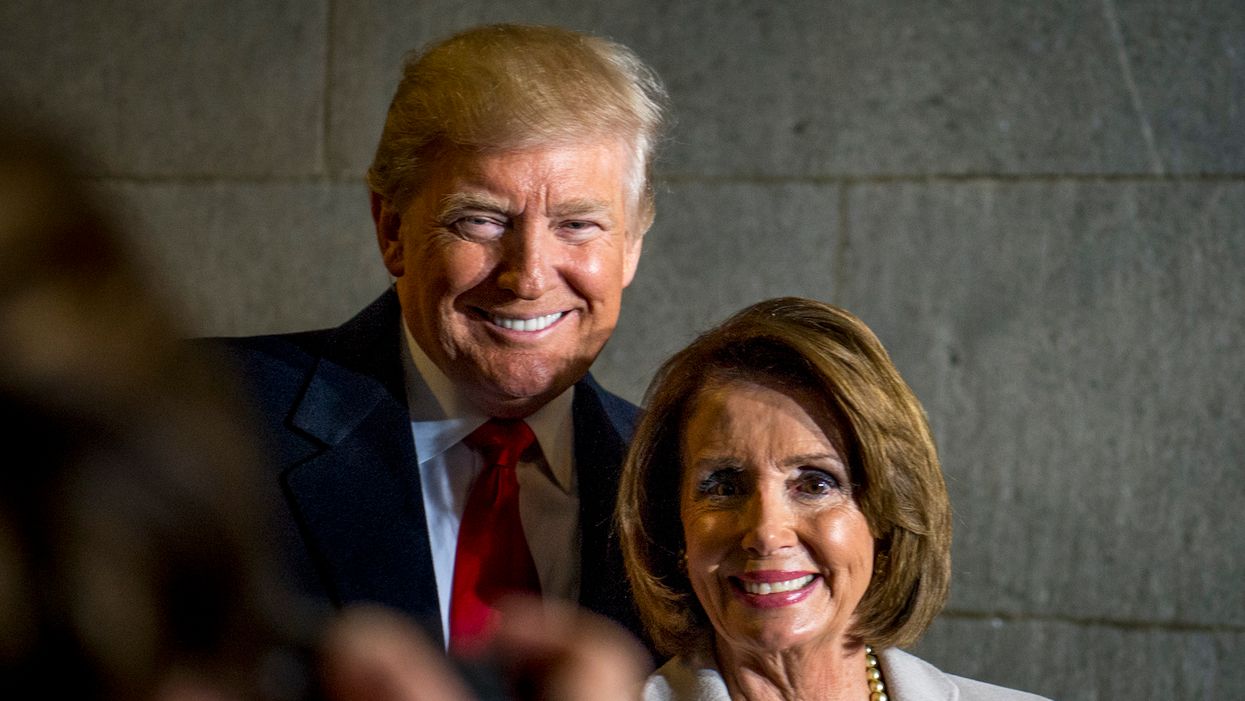 President-elect Donald J. Trump and U.S. Speaker of the House Nancy Pelosi smile for a photo during the 58th Presidential Inauguration in Washington, D.C., Jan. 20, 2017. More than 5,000 military members from across all branches of the armed forces of the United States, including reserve and National Guard components, provided ceremonial support and Defense Support of Civil Authorities during the inaugural period. (DoD photo by U.S. Air Force Staff Sgt. Marianique Santos)
Here's what Donald Trump's hatred of women reveals about his psyche
Walter Einenkel
and
DailyKos
November 07, 2020
Early Friday evening, professor of law and political science at UC Irvine Rick Hasen tweeted out that "If you give money to Trump's recount/postelection litigation efforts, half of that money will go towards retiring his campaign debt instead, per the fine print." The tweet was accompanied by a screenshot of the purported fine print on one of the Trump campaign's fundraising emails, that said "50% of each contribution, up to a maximum of $2,800 ($5,000), to be designated toward DJTFP's 2020 general election debt retirement until such debt is retired." The emails have been sweatily sent out from the sinking garbage can fire called his campaign since Election Day.

The Wall Street Journal reports that this is indeed true. In fact, the con man-to-the-end and soon-to-be former disgraced and impeached president of the United States' "official election defense fund" might actually be more about retiring his money-laundering campaign's debt than anything else.

According to the Journal, while some of the "protect the election" fundraising emails direct marks to pages with fine print like the one Hasen pointed out above, others send MAGA supporters to pages with different fine print: "The fine print on those solicitations says 60% of a contribution helps the campaign retire debt and 40% goes to the Republican National Committee."

In contrast, Biden's similar asks for money for potential legal battles surrounding this election do not have fine print about "debt retirement." Instead, that money is mostly earmarked for the DNC, with $2,800 going to Biden's "recount account" only after $142,000 has been allocated to the DNC. This makes sense, as usually the RNC and DNC play the main role in financing election-related legal claims and battles.