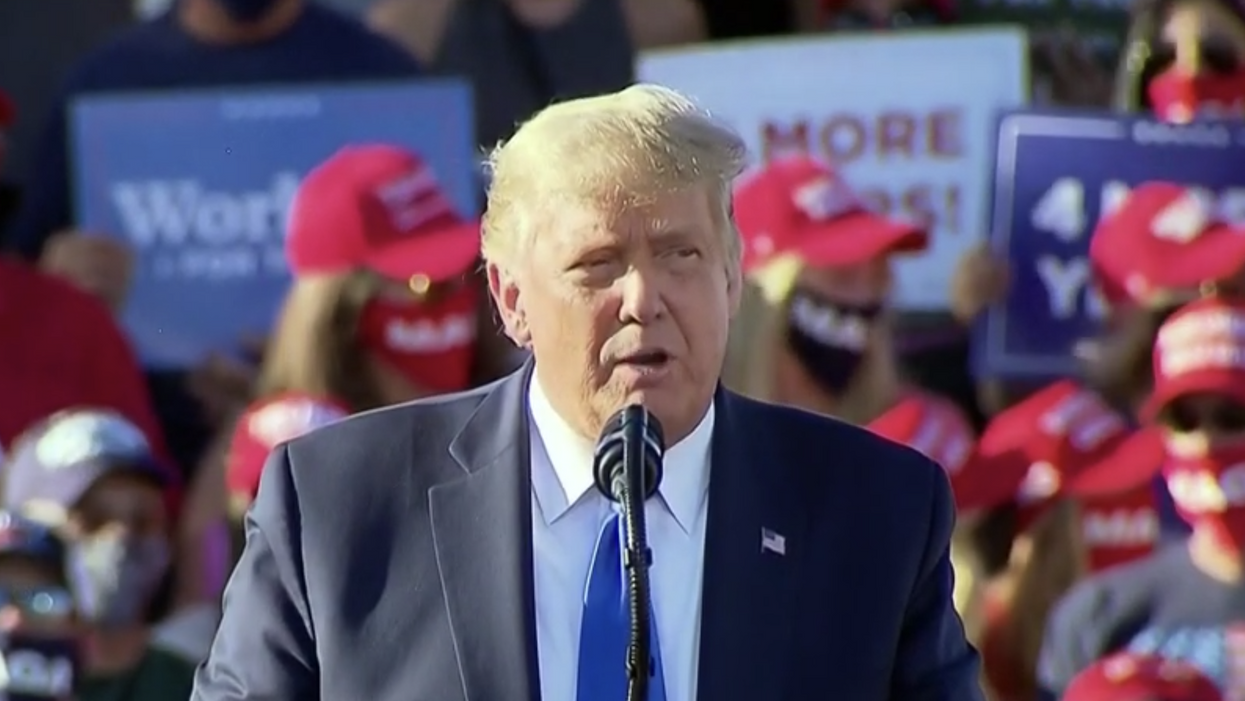 Stanford study links 18 Trump rallies to over 30,000 cases and 700 deaths: 'Killing Americans' to 'serve his own ego'

A tweeted statement from the Trump campaign's general counsel Matt Morgan was posted to Twitter by Team Trump in an effort to discredit the incoming results of the election. Despite multiple states drawing closer to concluding vote counts, Morgan proclaimed that the election results are "far from final."

In fact, even after the election is called, Morgan claims it will not be over due to their plans to contest the results in the states Trump is now trailing in.

"This election is not over. The false projection of Joe Biden as the winner is based on results in four states that are far from final. Georgia is headed for a recount, where we are confident we will find ballots improperly harvested, and where President Trump will ultimately prevail. There were many irregularities in Pennsylvania, including having election officials prevent our volunteer legal observers from having meaningful access to vote counting locations. We prevailed in court on our challenge, but were deprived of valuable time and denied the transparency we are entitled to under state law. In Nevada, there appear to be thousands of individuals who improperly cast mail ballots. Finally, the President is on course to win Arizona outright, despite the irresponsible and erroneous 'calling' of the state for Biden by Fox News and the Associated Press. Biden is relying on these states for his phony claim on the White House, but once the election is final, President Trump will be re-elected."

The Trump campaign statement comes hours after the overnight developments that signal a stronger possibility of defeat for the president. Overnight, Biden took the lead in Georgia and the latest updates in Pennsylvania indicated a surge in the vote count for Biden. After trailing by hundreds of thousands of votes, Biden now leads by more than 5,000 votes as ballots continue to be tabulated.

As of Friday, November 6, 2020, Biden is leading in Georgia, Arizona, Pennsylvania, and Nevada. If Trump loses Georgia or Pennsylvania, he would have no way of reaching the 270 threshold.