Trump allies fear Giuliani may be conning the president into a doomed legal fight: report 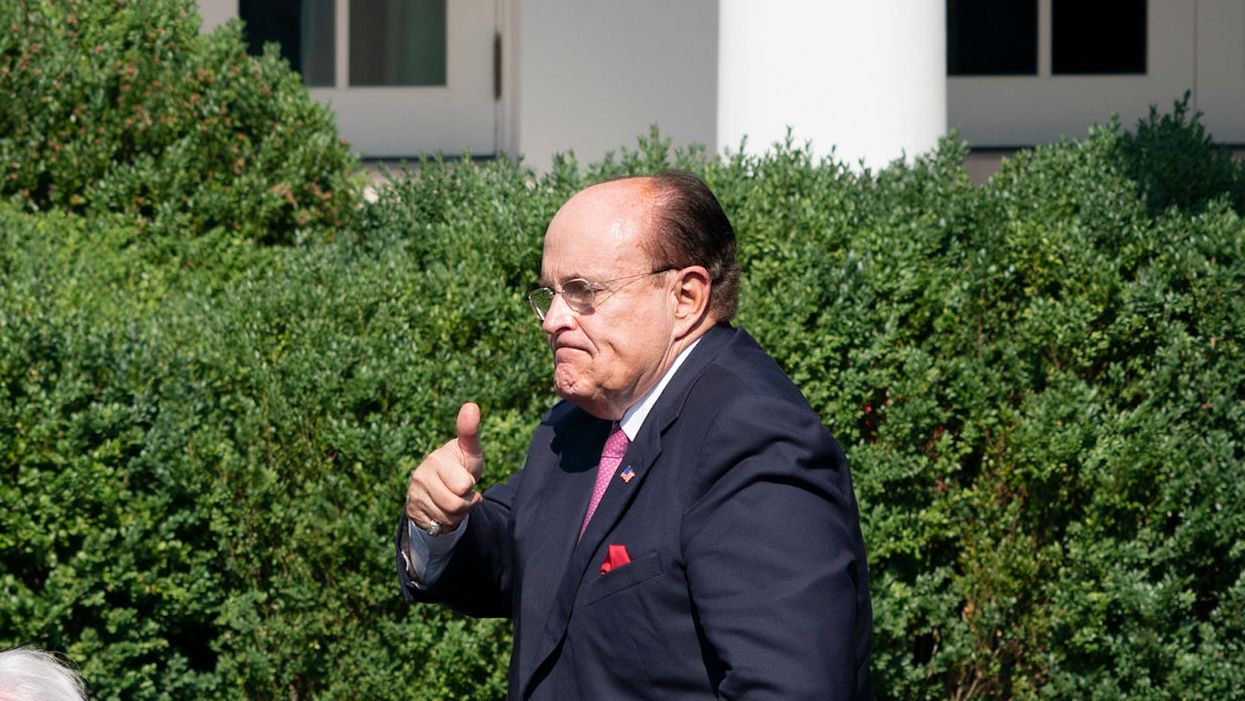 No attorney has done more to fight the results of the 2020 presidential election than former New York City Mayor Rudy Giuliani, who has been claiming that President Donald Trump — not President-elect Joe Biden — is the real winner. He says Trump was deprived of a victory by rampant voter fraud, which Giuliani has offered no credible proof of. The fees that Giuliani charges as Trump's personal attorney are not cheap, and according to New York Times reporters Michael S. Schmidt and Maggie Haberman, Giuliani recently asked for $20,000 per day.

Schmidt and Haberman report, "The request stirred opposition from some of Mr. Trump's aides and advisers, who appear to have ruled out paying that much…. A $20,000-a-day rate would have made Mr. Giuliani, the former New York City mayor who has been Mr. Trump's personal lawyer for several years, among the most highly compensated attorneys anywhere."

Giuliani, however, flatly denies asking for that amount. The Trump attorney told the Times, "I never asked for $20,000. The arrangement is, we'll work it out at the end." And Giuliani insists that anyone who told the Times that he wanted $20,000 per day "is a liar, a complete liar."

Trump's campaign has been fighting the election results in Pennsylvania, Georgia, Arizona, Michigan and other battleground states that Biden won. And Schmidt and Haberman note that "there is little to no prospect of any of the remaining legal cases being overseen by Mr. Giuliani altering the outcome in any of the states where Mr. Trump is still fighting in court, much less of overturning President-elect Joseph R. Biden Jr.'s Electoral College and popular vote victory." But some Trump allies, the Times journalists report, believe that "Giuliani is encouraging the president to continue a spurious legal fight because he sees financial advantage for himself in it."

According to Schmidt and Haberman, "Mr. Giuliani had sought compensation for his work dating back to the day after Election Day, when Mr. Trump began publicly claiming that he won despite the results, according to people familiar with the request, who asked for anonymity to speak about sensitive discussions. At $20,000 a day, Mr. Giuliani's rate would be above the top-of-the-line lawyers in Washington and New York who can charge as much as $15,000 a day if they are spending all their time working for a client."

Despite Trump and Giuliani's bogus claims of widespread voter fraud, Biden's victory over Trump was decisive. In addition to winning the popular vote by more 5 million, Biden won 306 electoral votes.