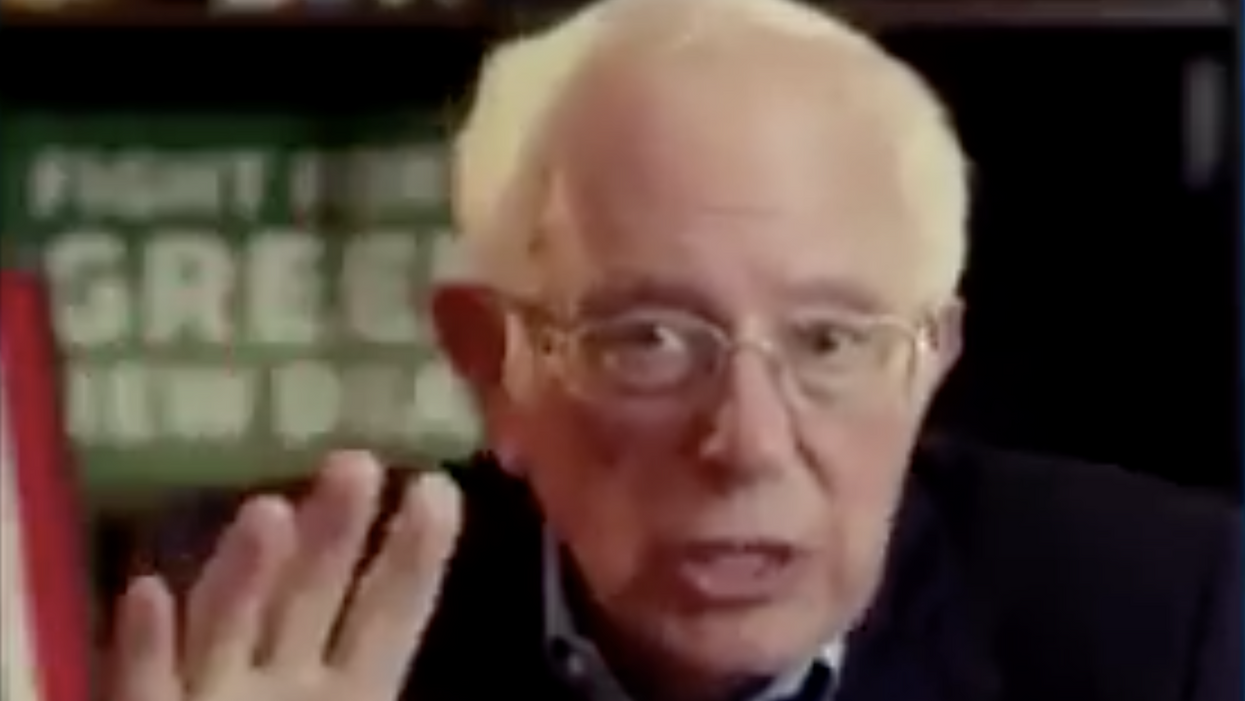 Trump is seething because after lying on Election Night that he had already won—rejecting the legitimacy of yet-to-be-counted absentee votes that he vowed to invalidate through GOP-friendly courts—the president's early lead in states like Michigan, Wisconsin, and possibly others is being negated as the ongoing counting of mail-in ballots continues to shift the race in Democratic nominee Joe Biden's favor.

The aftermath of November 3 is, in short, unfolding almost exactly as Sanders said that it would.

Now that Trump is acting exactly as many progressives warned, renewed attention is being paid this week to Jimmy Fallon's interview with Sanders on October 23, where the senator issued a warning that has since been vindicated.

When Fallon asked the senator when he thought Americans would know the election results, Sanders shared a prediction on "The Tonight Show" last month.

After jumping out to a temporary lead thanks to a higher rate of in-person voting among Republicans, Trump would try to prematurely claim an Election Night victory, Sanders explained.

As election officials counted millions of mail-in ballots, more likely to be cast by Democrats, Biden would gain ground and overtake Trump in key battleground states, he continued.

"At which point Trump says, 'See? I told you the whole thing was fraudulent. I told you those mail-in ballots were crooked and we're not going to leave office,'" Sanders said.

"Bernie called it," said actor Mark Ruffalo on social media, while another person pointed out that Sanders "called it WORD for WORD."

The following clip "went viral on Twitter," where the video has been viewed more than 29 million times as of Thursday.

As prescient as Sanders was in that clip, he and many others had been working tirelessly, well before late October, to warn Americans that Trump posed an existential threat to U.S. democracy.

Many analysts were especially concerned that the president would provoke post-election chaos by accusing the Democratic Party of rigging the election when the delayed counting of absentee votes eroded his early lead.

As Common Dreams reported, Sanders sounded the alarm in early September about the authoritarian nature of Trump's frequent, baseless attacks on the legitimacy of mail-in ballots and preemptive claims that if he were to fall short in his bid for reelection, it could be attributed solely to electoral fraud.

Trump, Sanders warned in an interview with Politico, was laying the groundwork for a "nightmarish scenario" in which the president would bombard the public with "lies and misinformation to sow confusion and chaos in the election process and undermine American democracy."

In a late-September speech at Georgetown University, the senator reiterated his urgent message about the "unprecedented and dangerous moment" in which Americans find themselves as a result of Trump's willingness to maintain his grip on power by attacking the integrity of the election or by refusing to accept the results and leave office voluntarily if voted out.

Sanders was adamant that the country must be prepared to counter any attempt by Trump to stage a coup.

"Now, in this unprecedented moment," the senator said on Wednesday afternoon, "is the time to reaffirm our belief in democracy and to give states the time they need to count every ballot so that the will of the American people is heard."