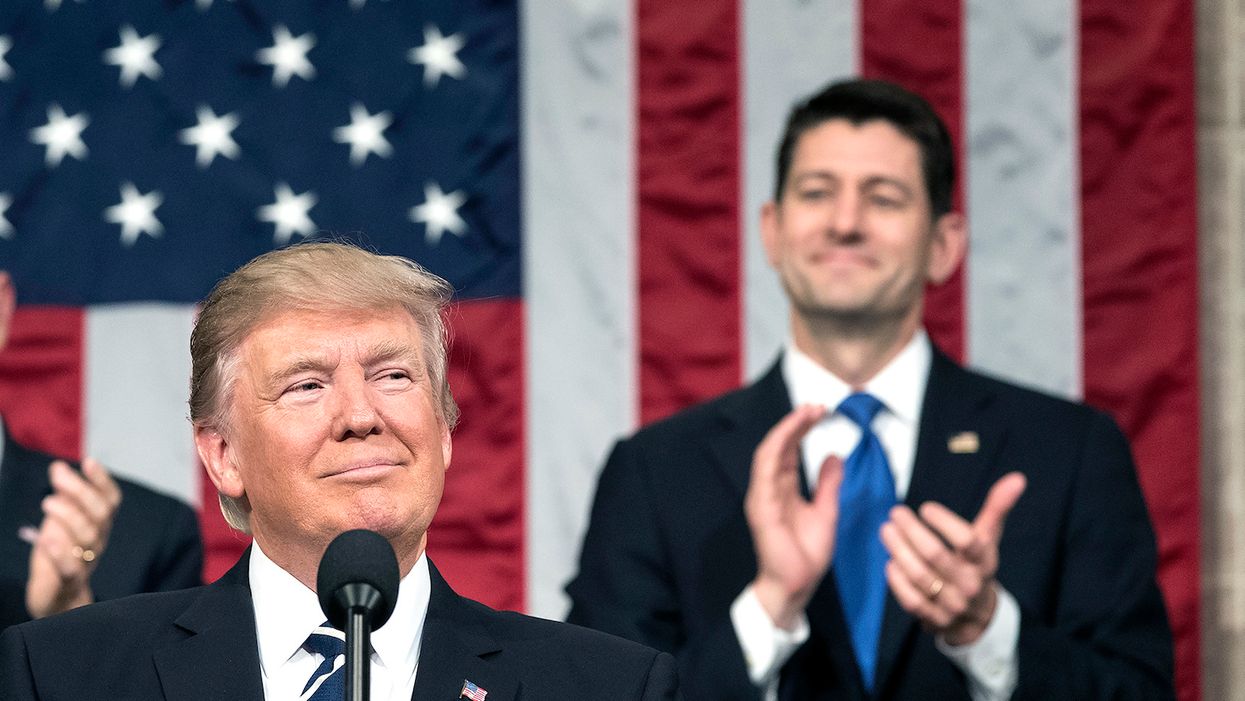 Former House Speaker Paul Ryan has been keeping a low profile since exiting the U.S. House of Representatives in early January 2019, but this week, the Wisconsin Republican spoke out about the results of the 2020 presidential election — and he made it clear that he considers Joe Biden president-elect of the United States.

During Bank of America's European Credit Conference on Tuesday, Ryan called for an "orderly transfer of power." The former House speaker, according to Politico, said, "So, the election is over. The outcome is certain, and I really think the orderly transfer of power — that is one of the most uniquely fundamental American components of our political system."

President Donald Trump and employees of his campaign have refused to accept the election results, filing a long list of lawsuits and making the baseless claim that Trump was robbed of a victory because of widespread voter fraud. But Ryan obviously doesn't buy into that, and he stressed that Trump needs to accept the fact that Biden won.

@SpeakerRyan "I really think it’s in the president’s best interest to acknowledge these things and not just have th… https://t.co/VoMYZ4i4ds
— Jake Sherman (@Jake Sherman)1606240413.0

Noting that the General Services Administration has formally moved to begin the transition from Trump's outgoing administration to Biden's incoming administration, Ryan explained, "I think maybe even more important is that these legal challenges to the outcome and the attacks on our voting system really need to stop, in my opinion. The outcome will not be changed, and it will only serve to undermine our faith in our system of government, our faith in our democracy."

Ryan knows what it's like to be part of a losing presidential ticket. In the 2012 presidential election, he was Republican nominee Mitt Romney's running mate — and Ryan debated then-Vice President Biden during 2012's vice presidential debate. Much to Ryan's disappointment, Romney lost the election when President Barack Obama won a second term. The former congressman acknowledged that it is a "terrible feeling" to "lose a national election."

"I know there are a lot of people in this country who are really disappointed," Ryan said during the Bank of America event. "But I think it's really important that we're clear about this, which is the mere fact that the president's lawyers throw these sort of baseless conspiracy theories out at press conferences but offer no evidence of these in court tells you that there is not the kind of widespread voter fraud or systemic voter fraud that would be required to overturn the outcome of this election."

Ryan, now 50, was first elected to the U.S House of Representatives via Wisconsin in 1998. After chairing the House Ways and Means Committee, Ryan became House speaker in 2015. But in 2018, Ryan announced that he would not seek reelection. The congressman claimed that he wanted to spend more time with his family, but many pundits argued that the real reason was his fear that Democrats would recapture the House — which, in November 2018, they did. And Democratic Rep. Nancy Pelosi of California took over as House speaker in January 2019.

Twitter is full of reactions to Ryan saying that Trump needs to accept this year's election results — and some of Ryan's critics see it as too little too late. Here are some of the reactions:

@JakeSherman @SpeakerRyan Ryan advises Donald to embrace a positive, democratic, tradition? Where has HE been for… https://t.co/AFHqvy8bAN
— Ordinary Citizen (@Ordinary Citizen)1606240653.0