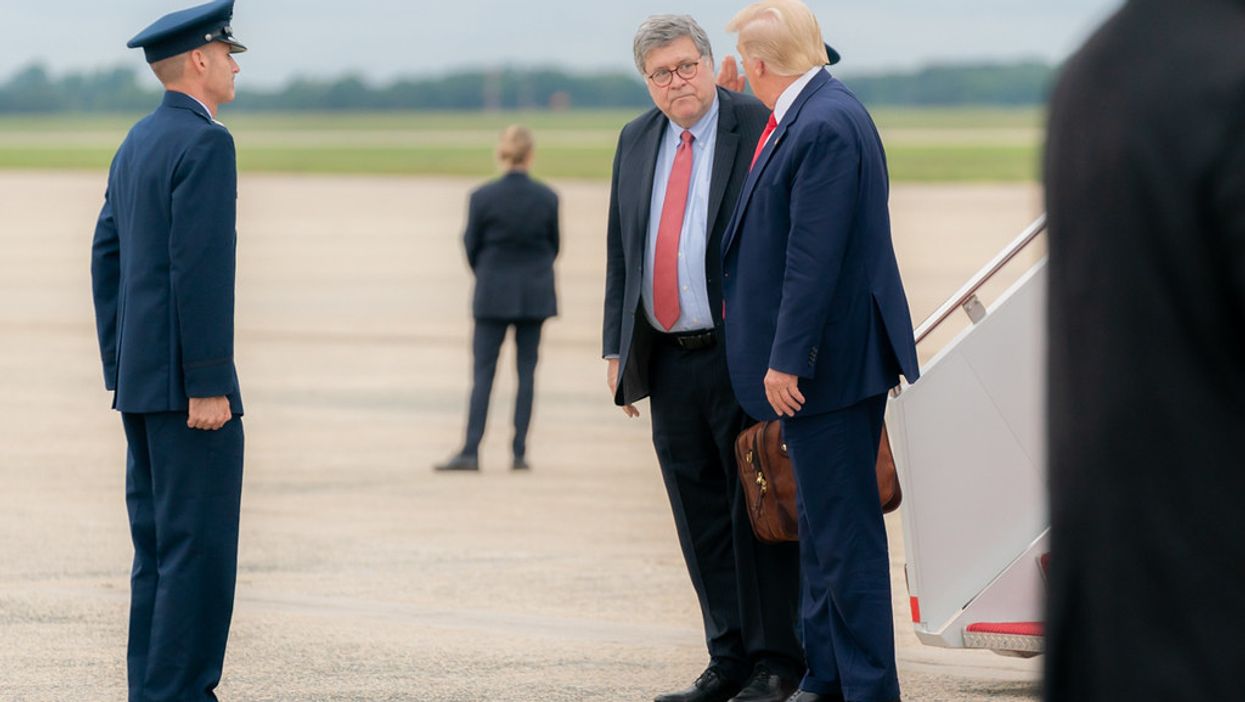 The reversal of longstanding DOJ policy—especially under circumstances when no allegations of significant fraud have been substantiated and as Trump continues his refusal to concede or acknowledge the vote tabulations which show he lost the electoral college and popular vote tallies by significant margins—was seen by legal experts as a brazen effort by Barr to legitimatize the president's baseless and dangerous narrative about the integrity of the election.

Vanita Gupta, president and CEO of The Leadership Conference on Civil and Human Rights, tweeted:

Sen. Elizabeth Warren (D-Mass.) was unsparing in her rebuke:

In response to the memo (pdf), Kristen Clarke, president and executive director of the Lawyers' Committee for Civil Rights Under Law, denounced the directive as a partisan effort to give comfort to the president's baseless claims while doing serious damage to the reputation of the DOJ as a non-political arm of the government.

"We condemn Attorney General's Barr post-election attempt to weaponize the Justice Department to breathe life into President Trump's baseless and unsubstantiated claims of vote fraud," Clarke said in a statement late Monday night. "Barr's attempt to interject and activate federal prosecutors is clearly part of a coordinated attempt to sow chaos and discord, and undermine confidence in the electoral outcome."

"Americans," she continued, "will see this move for what it is—a naked political ploy and it will not succeed. This move is especially astounding given the Justice Department's deafening silence regarding countless documented instances of voter suppression and voting discrimination this season."

Speaking with the New York Times, Stephen I. Vladeck, a University of Texas School of Law professor, said the memo is deeply troubling. "It would be problematic enough if Barr were reversing longstanding Justice Department guidance because of significant, substantiated claims of misconduct—that could presumably be handled at the local and state level," Vladeck said. "But to do so when there is no such evidence—and when the president's clear strategy is to delegitimize the results of a proper election—is one of the more problematic acts of any attorney general in my lifetime."

Following Barr's issuance of the memo, the Times' DOJ correspondent Katie Benner reported that Richard Pilger, the DOJ official who heads the voter fraud division, resigned his position in objection to the orders it contained:

Pilger will remain in the DOJ, but stepped aside from his job as head of the Election Crimes Branch.

According to the Washington Post, "people said Barr had first broached a similar idea some weeks ago and that political leadership in the Justice Department's Criminal Division, of which the Election Crimes Branch is a part, pushed back. Those officials were blindsided when Barr's memo was released on Monday, the people said."