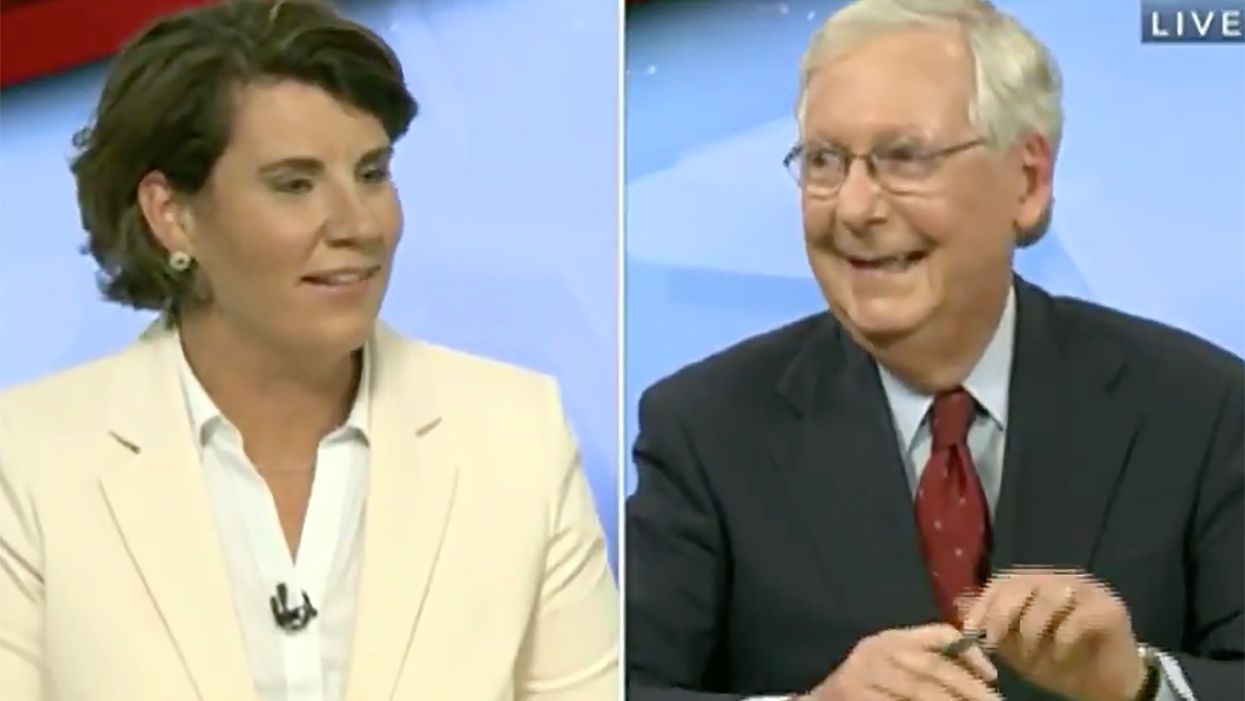 McConnell, who first took office in 1985, was unanimously elected as Senate majority leader by Republicans following the 2014 elections. Before that, he served as Senate minority leader from 2007 to 2015.

If the Senate flips to Democratic control, an outcome that is being predicted by polling websites like FiveThirtyEight, the 78-year-old McConnell has already vowed to serve as minority leader, Politico reported in June.

McConnell's obstructionist tactics have long been criticized by Democrats, with his enthusiastic shepherding of the confirmation of Amy Coney Barrett to the Supreme Court following the death of Justice Ruth Bader Ginsberg in September prompting outcries of hypocrisy.

In 2016, McConnell refused to hold confirmation proceedings for Obama's Supreme Court nominee Merrick Garland, saying in a Washington Post opinion piece at the time that "given that we are in the midst of the presidential election process, we believe that the American people should seize the opportunity to weigh in on whom they trust to nominate the next person for a lifetime appointment to the Supreme Court."

While other red states like Georgia, Texas and Arizona have been slotted into the purple column this year, due in part to college-educated suburban voters swinging to Democratic candidates, reliable and recent Kentucky polls showed McConnell with a handy lead over McGrath in the home stretch of this election season, even as they predicted Trump's lead in Kentucky, while still secure, might shrink. The AP called Kentucky, with its eight electoral votes, for Trump earlier this evening.

Despite national Democratic enthusiasm for McGrath's campaign, which helped bring in millions of dollars in campaign contributions, hers would be an uphill fight from the start. In 2014, McConnell, who embraces his reputation as "the Darth Vader of Capitol Hill," defeated Democrat Alison Lundergan Grimes by 16 percentage points; two years later, Trump won Kentucky by a nearly 30-point margin. McGrath's previous run in Kentucky ended in a loss; in 2018, she challenged incumbent Republican Andy Barr for Kentucky's sixth Congressional district seat, but the blue wave that flipped the House to Democratic control failed to carry her home.

McGrath's campaign also hit some noticeable snags early on. The former Marine fighter pilot publicly wavered on whether she would have voted to confirm Supreme Court Justice Brett Kavanaugh, and in July 2019 she publicly said McConnell had prevented Trump from accomplishing much of his agenda during his first two years in office.

"If you think about why Kentuckians voted for Trump, they wanted to drain the swamp, and Trump said that he was going to do that," McGrath said during the announcement of her candidacy on MSNBC's "Morning Joe." "Trump promised to bring back jobs. He promised to lower drug prices for so many Kentuckians. And that is very important."

This led to questions from the left over whether McGrath had decided to run as a pro-Trump Democrat. Republicans, as the Louisville Courier Journal reported, mocked McGrath's TV appearance as pandering. As a result, her progressive views struck critics on the left as anemic, especially when compared to those of State Rep. Charles Booker, her challenger in the Democratic primary who was the youngest Black state lawmaker elected in Kentucky in nearly a century.

McGrath later established stronger anti-Trump messaging. In February she said that she would have voted to impeach and convict Trump, and she was an early supporter of Democratic presidential nominee Joe Biden.

But in the end McGrath's impressive fundraising wasn't enough to beat McConnell.