'That's not doing your job': Kayleigh McEnany storms out of press conference as reporters shout questions 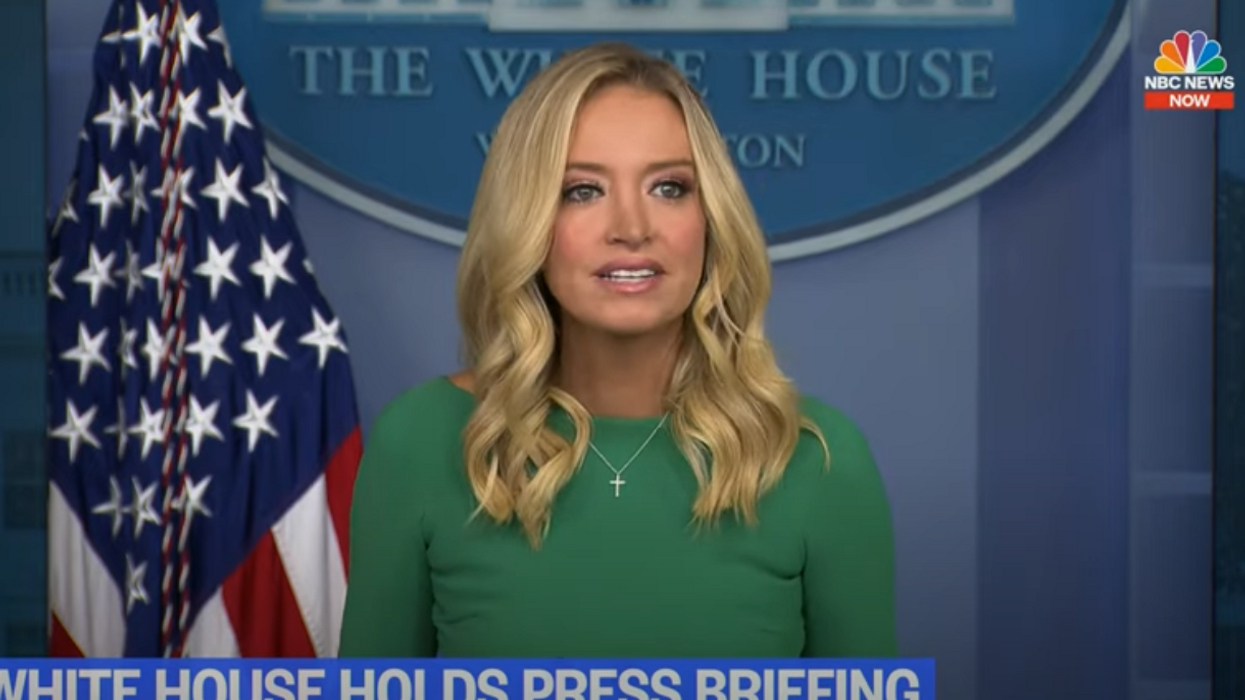 White House Press Secretary Kayleigh McEnany abruptly exited today's press conference as she was criticized about her refusal to answer questions. One reporter also concluded with a few words of advice for the embattled press secretary.

On Friday McEnany appeared before a group of reporters in the White House press room to take questions for the first time in over a month. At one point during the press conference, McEnany was asked about the Federal Bureau of Investigations' (FBI) involvement, or lack thereof, in President Donald Trump's voter fraud case.

McEnany used the moment as an opportunity to rant about the presumed lack of assistance the Trump campaign is faced with in its efforts to challenge the outcome of the election. Then, she abruptly ended the press conference and headed for the exit. At that point, CNN White House Correspondent Kaitlin Collins confronted McEnany for repeatedly refusing to take any of her questions.

McEnany responded by saying, "I don't call on activists," and Collins quickly fired back as she insisted the press secretary has not done her job in over a month.

"I'm not an activist and you haven't taken questions since 1 October and you just took about five, Kayleigh," Collins fired back. That's not doing your job... your taxpayer-funded job."

McEnany and Collins' heated exchange comes amid heightened criticism of the press secretary. Days after President-elect Joe Biden was declared the winner of the presidential election, McEnany appeared for a press conference alongside Republican National Committee (RNC) chairwoman Ronna McDaniel on behalf of the Trump campaign. McEnany's involvement immediately raised questions about whether or not she had violated the Hatch Act due to her employment at the White House.

Amid backlash, McEnany tweeted to defend her actions. "When you enter government, you do not lose First Amendment rights. Hatch Act says to separate govt & political activity, which I diligently work to do," she tweeted. "Reporters (who ironically have freedom of press embedded in the 1st Amendment), are complaining about my 1A right to speech!"

Although McEnany claimed she attended the conference as a campaign advisor in her "personal capacity," the action still raised questions considering her role at the White House.