How to fix our country's empathy problem 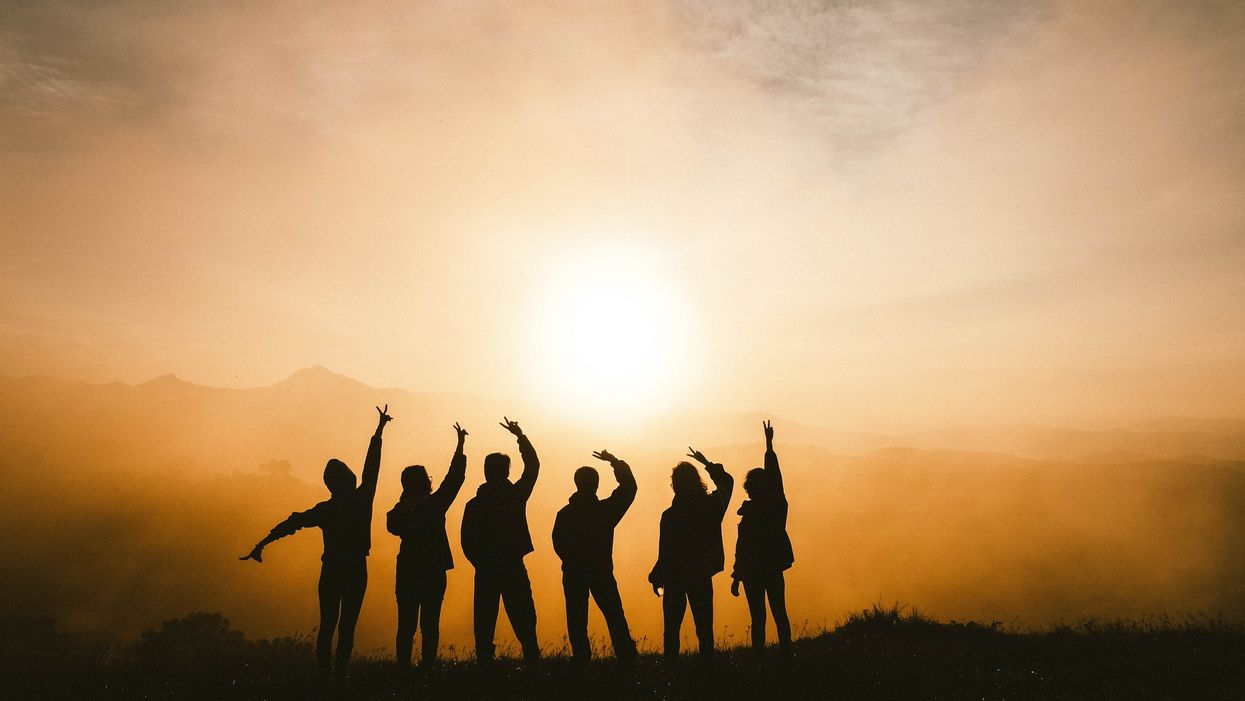 Bruce Goldstein, the president of the Washington, D.C.-based organization Farmworkers Justice, said that after the novel coronavirus was declared a global pandemic in March, he saw many people become worried about their access to food for the first time. Not necessarily because of cost, but because the farmworkers who grow, harvest and manufacture it — the majority of whom are undocumented immigrants — may have been forced to stop working.

"They became aware, or more aware than in the past, of who exactly is producing food for them," Goldstein said.

But then states across the country quickly began classifying those farmworkers as "essential employees," people who — even if they didn't have legal protections against deportation or access to healthcare in the country — were needed to keep food on American tables.

The pandemic spotlighted exactly how integral the labor of undocumented and migrant workers is to our country's food system. However, as election results continue to trickle in, it's clear that many Americans still voted for Trump, whose platform has consistently included vocal anti-immigrant and anti-refugee rhetoric.

A large part of that is due to America's eroding sense of empathy, which only seems to have further disintegrated over the last four years.

Dr. Sarah Konrath is an associate professor of philanthropic studies at Indiana University and director of the Interdisciplinary Program on Empathy and Altruism Research. She studies the decline of empathy and rise of narcissistic behavior, and published a study in 2011 about North American college students' self-reported scores on a widely used empathy scale.

"In that paper, we tracked those scores from 1979, when the scale was first developed, to 2009, which was the latest year," Konrath said. "We found out that the college students in the late 1970s and early '80s scored higher in empathy than college students over time, especially in the post-2000 period."

Empathy can be defined in several ways, but many researchers agree that it can be summarized as the ability to understand and share the feelings of others. According to Konrath, who is in the middle of producing an update to the study, there are a number of potential contributing factors, including shifts in family, community and government structures. One of the most perceptible is the relative isolation in which many Americans now live.

Dr. Jamil Zaki, a Stanford neuroscientist and author of "The War for Kindness: Building empathy in a fractured world," said that people empathize most easily "when they can see others' suffering with their own eyes, or when their actions are visible to others."

"But the modern world has stripped them away," Zaki told the Washington Post in 2019. "Humans increasingly live in cities and live alone. We see more people than ever but know fewer of them. Rituals that used to bring us into regular contact, ranging from bowling leagues to grocery shopping, have been replaced by more solitary pursuits, often carried out online. The result is our interactions with each other are often thinned out, anonymous and tribal — barren soil for empathy."

In the age of Instacart orders and Whole Foods check-outs lined with Amazon Prime lockers, it's easy to see how many Americans have become increasingly disconnected from the reality of who harvests their food, and that kind of anonymity could certainly breed the idea that whomever is doing that work isn't a member of your community, but a faceless stranger. Add in potential differences in racial background and immigration status, and — as Zaki asserts, our interactions have grown increasingly tribal — that only accentuates a certain sense of "otherness."

It also contributes to ignorance about some of the main issues that impact migrant and undocumented farmworkers.

"Many employers in this country benefit from the vulnerability that undocumented immigrants have, which causes them to be reluctant to ask for better wages and working conditions," Goldstein said. "They're often ineligible for basic services and benefits, like federally funded legal aid programs, so if they are ripped off by their employer, they often can't afford a lawyer and are not eligible for free legal services. Employers can also pay a poverty-level wage, but the workers can't get public benefits like food stamps."

So how do we as a country bridge the empathy gap between many American consumers and the (to them) invisible masses who put food on their tables? Thankfully, empathy is a cultivatable skill.

But Mel Schwartz, a therapist and author of "The Possibility Principle: How Quantum Physics Can Improve the Way You Think, Live, and Love," says creating a more empathetic country will require a seismic shift in how we think about otherness.

"Our worldviews, the way we see reality, particularly in our country, is so overly individualistic and self-interested," Schwartz said. "It's oriented toward greed — and not just financial greed. It's narcissism, it's 'all about me,' social media, how many 'likes' you have. When we live in a culture that is too focused on individualism, we lose the capacity to think about and feel the realities of others."

To change that would require individuals to start valuing caring for other people and tending to their communities above the individual self. In his book, Schwartz posits that quantum physics has "actually told us that all reality is actually inseparable."

While that concept may sound spiritual or intangible, the pandemic and the subsequent disruptions of the food supply chain in the states — from COVID-19 outbreaks at meatpacking plants largely staffed by immigrant workers, to agricultural counties across the U.S. facing higher rates of infection — drive the point of oneness or connectedness home. The issues impacting a farmworker thousands of miles away can determine what's on your plate tomorrow night.

For some, that may still be too abstract a reason to care deeply about the working conditions with which vulnerable farmworkers are faced, and that makes sense. Researchers have found that trying to imagine how someone feels is often not enough to elicit true empathy — you need to actually ask them.

"For me, the core of empathy is curiosity," Jodi Halpern, a psychiatrist and bioethics professor at the University of California, Berkeley, told the New York Times. "It's what is another person's life actually like in its particulars?" Exchanging stories with other people, especially people whose realities look very different from your own, is a way to vicariously "try on" someone else's life.

Organizations that work with undocumented individuals and workers know this, and many are poised to pair personal storytelling with political messaging as a way to better serve their organizations' missions.

Greisa Martinez, the executive director of the immigrant youth-led network United We Dream which advocated for DACA, says that the organization's "secret sauce" is in members having the capacity to share their own stories.

Once they've found community with people like them, they feel more empowered to share their personal experiences on a wider stage.

"We found one another and we shared our stories, we shared our pain, we celebrated the things about our culture that made us resilient," Martinez said. "We then said, 'Why don't we do something together?' and we went after the DREAM Act in 2010, and failed, but because we found community we didn't let go. We came up with a strategy to win DACA and eventually persuaded the most powerful man in the world to use his executive power to grant protection for us and for our people."

Since then, United We Dream has launched a community-driven research initiative leading on topics of importance to the immigrant community. These publications help tell the story of the communities they represent in their own words — and hope that it's enough to spark some people to action, which is an important key to systemic change.

"It isn't enough to just feel what other people are feeling," said therapist and writer Dr. Mary Lamia, "Empathy can show up in a lot of different ways, it's what you do with it that matters."

So, actively seek out the stories of farmworkers to listen to and read. If you live in or nearby an agricultural community, see what worker-led organizations exist close to you and get involved. Spend time elevating the voices of farmworkers sharing their concerns.

For advocates like Bruce Goldstein from Farmworkers Justice, they're hoping to capitalize on how the pandemic highlighted the conditions of farmworkers because their stories were told more frequently in these ways.

"We think that there's a greater awareness of the difficulties that farmworkers are experiencing, and the need to take action," Goldstein said. "So, I'm hopeful the empathy quotient went up. Then over the next couple of years, farmworker advocates can take advantage of that and motivate people to take action that results in the change in policy and in business practices."