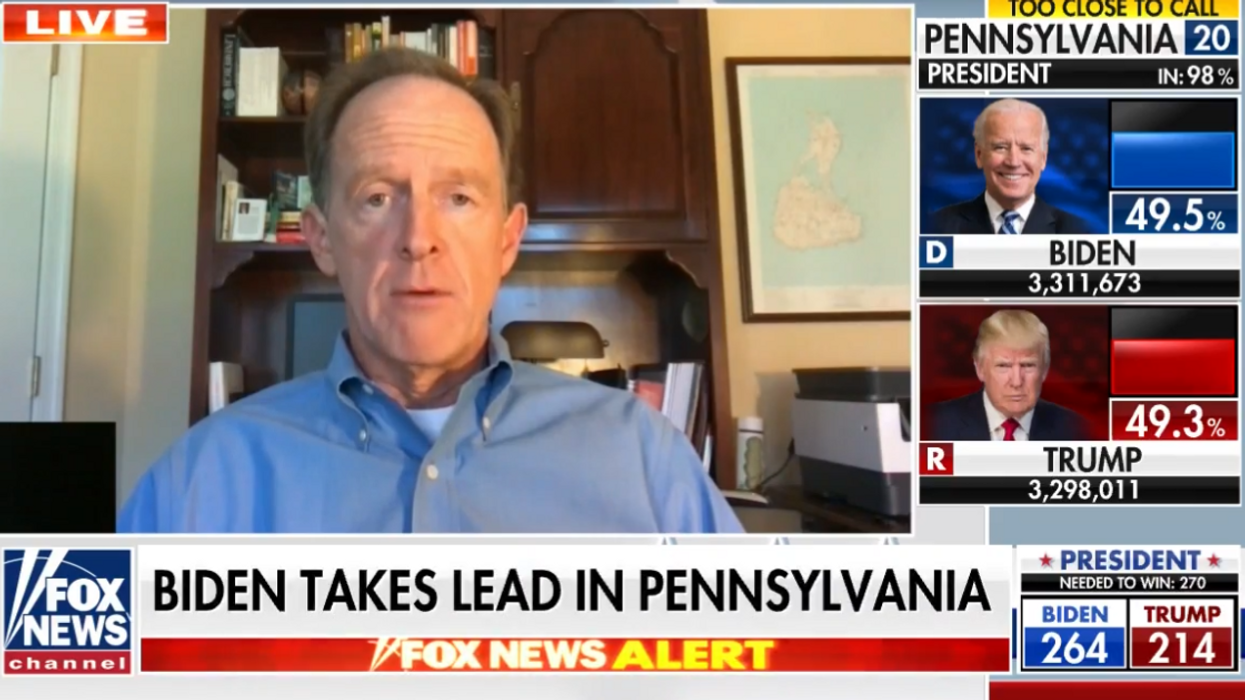 Toomey referenced U.S. District Judge Matthew W. Brann's decision Saturday to dismiss a Trump campaign suit that sought to block the certification of Pennsylvania's election results. In his decision, Brann said the suit "strained legal arguments without merit and speculative accusations" as it urged the court to give the state legislator legal authority to assign Pennsylvania's electoral votes.

"In the United States of America, this cannot justify the disenfranchisement of a single voter, let alone all the voters of its sixth most populated state," Brann wrote in his opinion.

"This is simply not how the Constitution works," he noted.

Pointing to that suit's dismissal, Toomey explained the Trump campaign is out of legal options in Pennsylvania.

"With today's decision by Judge Matthew Brann, a longtime conservative Republican whom I know to be a fair and unbiased jurist, to dismiss the Trump campaign's lawsuit, President Trump has exhausted all plausible legal options to challenge the result of the presidential race in Pennsylvania," Toomey said in a statement Saturday.

"I congratulate President-elect Biden and Vice President-elect Kamala Harris on their victory," the senator continued. "They are both dedicated public servants and I will be praying for them and for our country."

Earlier this month, Toomey urged his colleagues to cooperate with the Biden transition.

"We're on a path it looks likely Joe Biden is going to be the next president of the United States," Toomey told Pittsburgh's Action News on November 11. "It's not 100% certain but it is quite likely. So I think a transition process ought to begin."

In his statement Saturday, Toomey once again called for the Trump team to cooperate with Biden on the presidential transition.

"To ensure that he is remembered for these outstanding accomplishments, and to help unify our country, President Trump should accept the outcome of the election and facilitate the presidential transition process," the statement said.