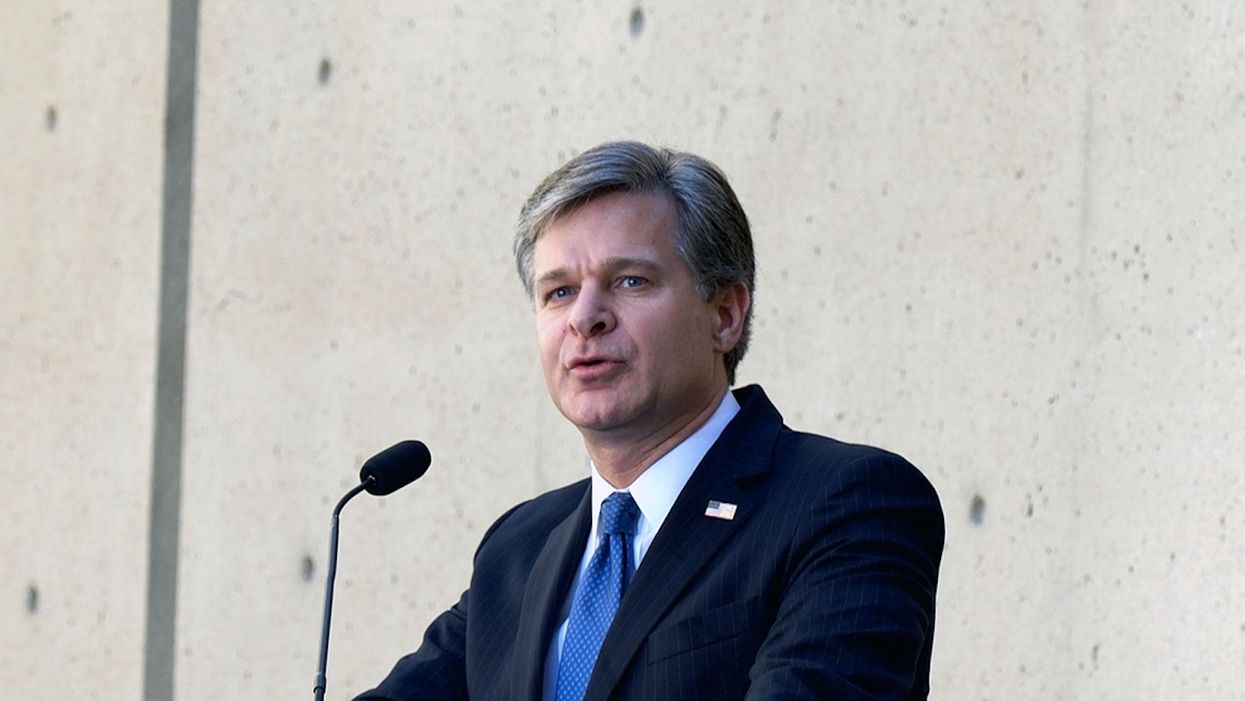 State officials in Michigan countered robocall misinformation campaigns on Tuesday as the FBI announced it was investigating robocalls that have gone to people in a number of battleground states and appear to be aimed at suppressing voter turnout.

Michigan Attorney General Dana Nessel warned voters to ignore robocalls reported in the majority-Black city of Flint, in which voters have been told to vote on Wednesday to avoid long lines on Election Day.

"This is FALSE and an effort to suppress the vote," Nessel tweeted, reminding voters that they must be in line at their polling place by 8:00 p.m. local time Tuesday in order to cast a ballot. "No long lines and today is the last day to vote. Don't believe the lies! Have your voice heard!"

Michigan Secretary of State Jocelyn Benson also told voters that they "can feel confident that leaders across the state and local government are vigilant against these kinds of attacks on voting rights and attempts at voter suppression."

"We will be working quickly all day to stamp out any misinformation aimed at preventing people from exercising their right to vote," Benson said.

According to CNET, similar calls have also been received by voters in Ohio, Texas, Florida, and Nebraska.

The FBI said it was investigating the calls as of Tuesday morning, while the Cybersecurity and Infrastructure Security Agency (CISA) advised voters to "be mindful of people that are trying to intimidate you [or] undermine your confidence."

"Keep calm and vote on," a senior official said in a press briefing.

YouMail, a tech company that offers robocall-blocking software, reported a separate campaign that has reached an estimated 10 million people across the country, in which a robotic voice has been heard telling voters to "stay safe and stay home."

The robocalls were first reported over the summer and became more frequent in October as millions of Americans began voting early. The calls don't explicitly mention the election and some recipients initially believed they were from local officials urging the public to follow public health guidance in light of the coronavirus pandemic.

According to the Washington Post, however, after Zach McMullen of Atlanta received four identical calls, he concluded, "I think they mean stay home and don't vote."

The Post reported that the "stay home" calls have now reached nearly every area code in the U.S. over the past several months, with the unidentified person or group behind the campaign sometimes yielding half a million calls per day.

Nebraska Secretary of State Robert Evnen called on voters not to be deterred from voting, assuring them that "voters and our poll workers will be kept safe" during in-person voting on Tuesday.

The fact that the campaign has already reached millions of voters demonstrates how robocallers are difficult for officials to stop, YouMail told the Post.

"If you wanted to cause havoc in America for the elections, one way to do it is clearly robocalling," Alex Quilici, CEO of YouMail, told the newspaper. "This whole thing is exposing [that] it can be very difficult to react quickly to a large calling volume campaign."

In Michigan on Tuesday, Nessel also warned voters about text messages reported in the city of Dearborn in which the sender claimed a "typographical error" was affecting ballots and that voters "intending on voting for Joe Biden" should vote for President Donald Trump, and vice versa.

"Text messages are reportedly being sent to trick you into thinking there are ballot sensor issues," Nessel tweeted. "Do not fall for it, it's a trick!"

Cybersecurity officials noted that robocalls are not unusual during elections, but this year state officials are debunking misinformation as the president has repeatedly claimed that the use of mail-in ballots will result in an election rigged by the Democrats and has said election officials should stop tallying ballots on Tuesday night, potentially leaving millions of absentee and early votes uncounted—even though it's commonplace for those ballots to be counted after Election Day.

CISA noted that efforts at intimidating people away from the polls do not appear to have been effective thus far, as at least 100 million Americans voted before Election Day.

"The fact that we have that many votes shows that people are confident in the process," a senior CISA official told CNET.