Trump hopes these 3 states Hillary Clinton won are in play for him in 2020. Could they really flip? 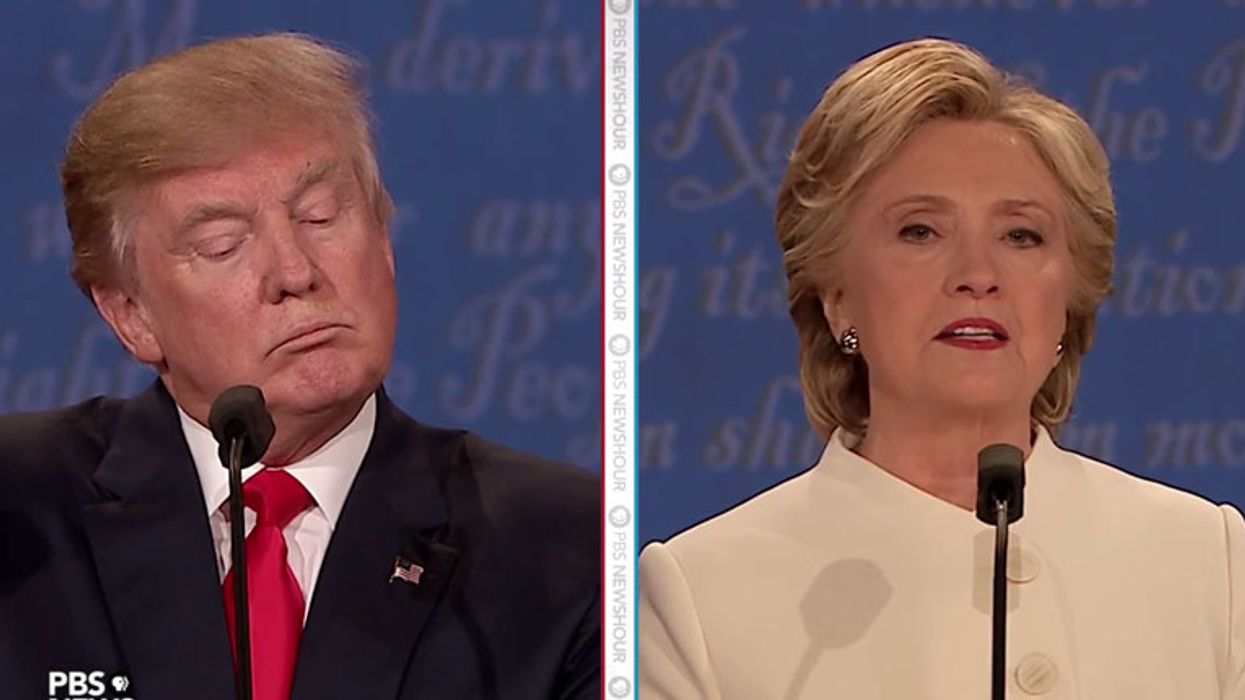 If former Vice President Joe Biden carries every state that 2016 Democratic presidential nominee Hillary Clinton won four years ago and flips three Rust Belt states — Pennsylvania, Michigan and Wisconsin — that will get him to the 270 electoral votes he needs to become the next president of the United States. But if President Donald Trump wins Pennsylvania again and manages to flip any states that Clinton won, the math becomes much more complicated for Biden. The Trump campaign is claiming that three Clinton states are in play for the president in 2020: Minnesota, Nevada and New Hampshire. But could Trump really flip any of those states, or is that merely wishful thinking on the part of Trump and his allies? Here is what Trump is up against in those three states.

Although Clinton won Nevada in 2016, it is not a deep blue state like California, but rather, a swing state — and the former secretary of state won it by only 2%. Nevada was close four years ago, and some polls are also showing a close race in 2020 — emphasis on the word "some." Polls released in late October or early November find Biden ahead of Trump in Nevada by 7% (Data for Progress), 6% (New York Times/Siena) or 2% (Emerson College and Trafalgar Group). Certainly, 2% is well within the margin of error, while 7% is a more comfortable lead for Biden. The Trafalgar poll showing Biden slightly ahead in Nevada is interesting, as Trafalgar's polls have generally been more generous to Trump than other polls.

In the 2018 midterms, Trumpism was rejected in Nevada when Republican Sen. Dean Heller was voted out of office and Democrat Jacky Rosen defeated him by 5%. And Biden supporters are hoping that anti-Trump voters who made Rosen a U.S. senator in Nevada will come out in big numbers for Biden as well.

In Nevada, Clark County (which includes Las Vegas) is a Democratic stronghold. And if the turnout on Election Day is especially robust in Clark County, that is very good news for Biden.

Minnesota has a reputation for being a blue state: the last Republican to win Minnesota in a presidential election was Richard Nixon in 1972. But in 2016, Clinton defeated Trump by only 2% in Minnesota — which is the midwestern state that Trump was hoping to flip in 2020. But polls released in late October or early November aren't looking good for Trump. Biden's leads in Minnesota include 9% (Research Co.), 10% (Morning Consult), 11% (Public Policy Polling) and 14% (Gravis Marketing).

Any serious politician realizes that polls need to be taken with a grain of salt; all of them have a margin of error, and that was obviously true in 2016. Yet the polls in 2016 weren't as "wrong" as so many pundits have claimed. National polls showed Clinton winning the popular vote, which she did. And many polls from late October/early November 2016 indicated that the race was close in Pennsylvania, Florida, Michigan and Wisconsin — all of which Trump won. But even if recent Minnesota polls have a margin of error of 5%, Biden appears comfortable in Minnesota.

New Hampshire is a New England state with a long history of vote splitting, which means that New Hampshire voters who vote to reelect Republican Gov. John Sununu in 2020 won't necessarily favor Trump over Biden — if anything, voting for Republican Sununu and Democrat Biden might be a badge of honor for many New Hampshire residents. Poll after poll has shown Sununu with double-digit leads, but not a single poll has shown Trump performing nearly as well as Sununu in that state. Polls released in late October or early November have shown Biden ahead of Trump by 8% (University of New Hampshire and Saint Anselm College) or 10% (University of Massachusetts, Lowell). An American Research Group poll released on October 29 found Trump trailing Biden by a whopping 19%, but that poll is an outlier.

If New Hampshire's history is any indication, Sununu could be headed for a landslide reelection — while Biden wins the state's four electoral votes.